Music erupts as summer dawns in France and Europe. Among the hundreds of cultural festivals, I'll talk about one that honors an enveloping and sensual rhythm called Jazz! The Jazz festival at Vienne in France is one of the most important meetings of world jazz. Some say it is etymologically a derivation of the word 'jasm' which in turn comes from the slang 'Jisma' or 'gism' but also used as a synonym for energy or guts. However, other scholars believe that its origin is in the popular French Lousiana state in the verb 'jaser'. It means chat, gossip or mock.

The city of Vienne in France has a rich Roman history, from which several imposing ruins can be seen walking the streets. One of the monuments is the impressive Roman theater, which is the main stage of the open air jazz music event. I assure the environment has a magic that makes music mixed with live jazz with a lot of emotion.

Thus the leading exponents of jazz attend every year in late June for 15 days. They forget about the cold days of European winter and celebrate the arrival of summer with gentle rhythms.

The nights of the festival in Vienne can easily pass between musical euphoria and hypnotic calm, between rhythms as blues, jazz and RnB. However the opening concerts have other melodies and sounds like salsa, Cuban and African sounds. The result is a kind of rhythmic and sensual fusion invites welfare. 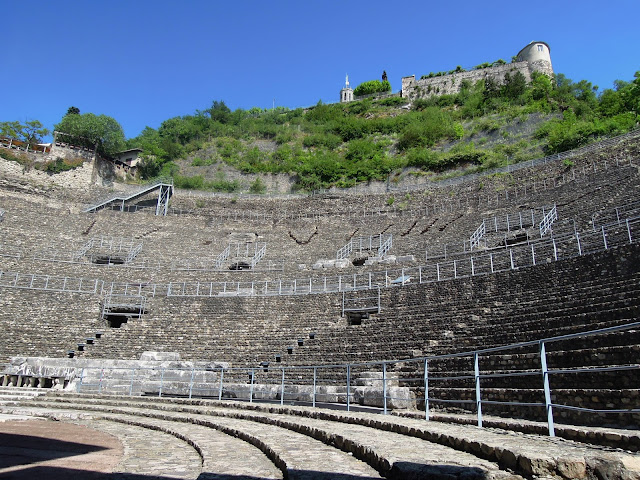 But the event is not limited to the concerts in the great Roman theater. Several platforms located in gardens and parks provide an opportunity to appreciate and live jazz for free and even beyond midnight. For all this the city of Vienne and its festival, are the perfect excuse to enjoy and to enrich themselves with music, while the beauty of the architecture and history of the city can be seen.

The concerts in the Roman theater has a cost of 40 euros on average. The concerts in parks and gardens of the city are held in the afternoon and after midnight. These are free. The city of Vienne is 20 minutes from the city of Lyon and on the banks of the Rhone River.

There is no doubt that the tour of the origin of the word 'jazz' is infinite and somewhat daunting. Real consensus may never be there. It could have served as the perfect soundtrack for any jazz-belle of the French Quarter while her body smelled of jasmine.

In the early twentieth century, Storyville was one of the hottest spots in New Orleans. At nightfall, emerged a new city, a suffocating atmosphere of vice and perdition where drunkards and pimps intermingled. Illicit pleasures emerged with the first moonbeams and merged with flashes of neon lights. The 'bordellos' multiplied by every corner.

There were a lot of customers, but also a lot of competition. The narrow streets of the unpaved red district, lit only by the dim light of gas lamps became a hotbed of people. When it rained or sea level rose, it smeared all. In an attempt to counteract stinky (and noisy) and more marshy area of the city, and to set the mood for the hogging candidates, prostitutes started using a fragrance of jasmine. Already popular in certain environments were known as jazz-belles.

The customer who left the brothel, still imbued with the scent of jasmine and passion, was said to be "jassed". For the musicians who played the piano in those brothels had to inspire the dances of harlots and satisfy the male staff. Even brothel owners, at the door of their stores advertised those musicians on large signs saying 'Jass music', in order to draw the attention of passersby. Some naughty boys took care of erasing the 'j' initial, a fact that forced the owners to replace it definitely with the word jazz.

Among the many theories that attempt to explain the origin of the word 'jazz', the perfume of jasmine perhaps is the most unlikely, but at the same time one of the most captivating and sensual. In general thesis that refer to decadent character of the city it is less consistent, the most fanciful, or even the craziest, but they are also the most surprising and innovative. Because after all, something that was born there in the brothels of Storyville, why it could not take its name there?

It is true that none of the pioneering black musicians admits to having heard the term 'jazz' in the city during those early years. They all spoke of ragtime. There is also inconclusive testimonial evidence. The evidence is scarce and authors that defend it are almost outcasts. But as jazz music does not become mathematical or physical theories are found to catalog Louis Armstrong solos, any version is, at least, noteworthy.

In addition, most passes tangentially through New Orleans. They cite especially Chicago, New York, to Los Angeles or Atlantic City but do not stop at the real focus where jazz was born. At the time we also talked about the trio of sex, alcohol and jazz and played the importance of brothels and other dives for the emergence and development of style. Perhaps without that sinful background, jazz would not have been what it is. Who knows. Well, it is in those bawdy brothels where theories that speak of sexual origin of the word 'jazz'.

It seems that 'jazz' before 1900 already had a strong sexual charge. It could be a verb or noun. In the popular slang, it meant sexual intercourse. Southern blacks used it as a substitute for copulation. 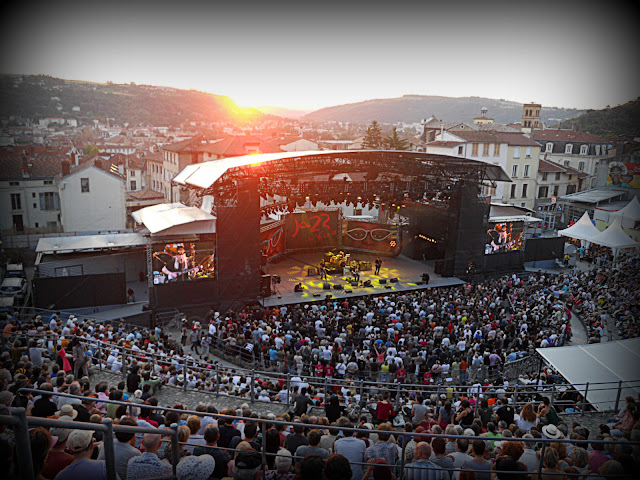 Africa and other exotic theories

Some musicians speak of an African root, where the word 'jasi' means living apace. We find more experts delve into the transatlantic theories to explain the origin. In the Gulf of Guinea, in West Africa, the word ' jaz ' has the sense of fast things. It was also the term to refer to dance or play music and could illustrate a possible descent of onomatopoeic sound from African drums.

In connection with this theory are reminiscences of Arabic 'Jazib' and by extension ' jazibiyah' which refers to charm, beauty or attractiveness. In the Hindustani language the word 'Jazba' expresses a violent desire. In opposition to that interpretation are those who believe that 'jazz' comes from a corruption of 'Jezebel' fomented by black preachers.

One of the most outlandish theories was published in 1920 in the London magazine and establishes a divine explanation. English sailors from 17th century, collected the word 'God' from Portuguese and brought their Indian colonies and from there spread to China. The peculiar pronunciation of the Chinese became 'Joss', a term used with a strong religious sense.

When the Chinese migrated to California in the last decade of the 19th century they introduced it in the country. San Francisco was founded as the 'Frisco Chinatown Orchestra Joss' that caused a furor among blacks in the area. The Joss Orchestra in the slang of black resulted in the 'Jazz Orchestra'.

Although there seems to be some unanimity that 'jazz' as a musical term arose in New Orleans, the first applications took place in Chicago, although this issue is not without controversy. In 1915 the Chicago Daily Tribune published an article. Conversely, some argue that the first use was in New Orleans in 1914 in connection with the performance of the Original Dixieland Jazz Band at the Casino.

In this struggle to be first, also comes trombonist Tom Brown, who claims his place in history even in his epitaph- as the first musician to be hired as a 'Jass Band', but also in the race enters the banjo player and bandleader Bert Kelly. Whoever may be the first it is not until 1915 the word became popular among Americans.

In the 20 alternative names of 'jazz' such as 'ragtonia' or 'calethumpia' even came to enjoy the favor of musicians. Fortunately, none came to fruition.