You can get a taste of India in a short and not so recent novel. I am referring to The Village By The Sea by Anita Desai that was published in 1982. It's always nice to read or reread this writer. The novel has something autobiographical, as she herself says in the introduction. The plot is simple. Bombay is the city of palaces with elegant pink, green and yellow buildings with names like Seagull and Sunbeam. It is a glittering world of luxury apartments, where they lived the rich.

Nehru, India's founding father, for that matter, had declared dams and factories would be the temples of modern India. The novel tells of a family of an alcoholic father, an ill mother, with four sons, Bela, Kama, Hari and Lila. They live in extreme poverty, since they did not possess anything, neither a cow, nor a boat, or had access to proper health care or educational services. Of the four children, Hari and Lila, are the protagonists, who can no longer afford to go to school.

With them, there is also Pinto, a small, hairy dog, who died after being poisoned. From the first pages, we come into contact with nature. There is the dew that shines on the cobwebs, butterflies gliding with ease and countless birds remembered by their names like robins, crested bulbul, pheasants, and pigeons. They are the voice of the village of Thul, as was the murmur of the waves and the wind rustling in the palm grove.

Often there are remembered plants such as frangipani or magical flowers like marigolds, jasmine, hibiscus, allamanda. Some people like Ramu's friend Hari hopes for a great change because after the large factory comes up, it should bring many jobs. It will produce fertilizers, chemicals, nitrogen, ammonia, urea, to grow the plants. A modern and scientific thing that would replace the manure or fish powder, to grow palm trees, and produce tons and tons of material to sell to farmers all over India and abroad.

Hari's mind was crowded with images of wonderful plants, tall chimneys, clouds of smoke, strange odor and a crowd of people who crossed the gates. For men of Thul, the only alternative to fishing was cultivating fields along the coast. But things could change with the arrival of a large factory. This would also mean the loss of the lands that produced, rice, vegetables, and coconuts. 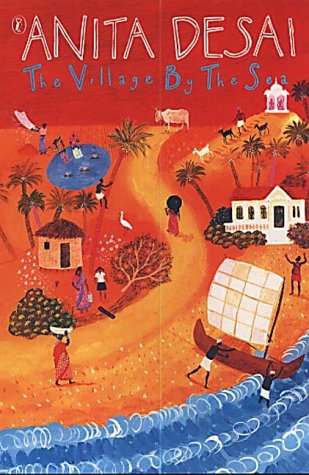 There was the talk of the factory, but it all seemed quiet and as usual gaudy saris were hanging out to dry. Women watered the holy basil on the courtyards. The market women sold garlands of flowers on banana leaves on trays. But the sleepy atmosphere gave way to a resentful and angry atmosphere. But there are those like Adarkar, a member of parliament from the state of Maharashtra. He was fighting for the rights of farmers and fishermen, to continue with the traditional production system.

Hari is uncertain whether to join the farmers and fishermen and march to Bombay protesting against land theft and jobs. He had neither land nor boat or take the side of the government and of the factory and hoped to get a job. He had confused ideas, but all in all the idea of going to Bombay lured him more. He goes to Mumbai on the day in which it was organized a demonstration by Adarkar. At the sight of the city, with its slender buildings, which are impressive in front of the vicious waves of the sea, he is overcome by a kind of awe.

With new smells and noises, and the traffic, Hari gets excited as well as scared. He had never seen a traffic light, or so many iridescent neon advertising signs that go on and off in green, blue and orange hues. Adarkar reiterates in his speech that the factory in Thul-Vaishet will emanate deadly chemical gases like dioxin, ammonia, and dust. It will contaminate a vast area in Bombay, which is already heavily industrialized, crowded and polluted.

Hari cannot find a job in Bombay. Thanks to the solidarity of the poor people, he starts working for a rupee a day. He also knows a kind and generous watchmaker, who will teach the basics to adjust the clocks, although in Thul no one owns a watch. Everyone regulated the time with the sun or the tides. At Thul, meanwhile, the dying mother is rescued by the De Silva family, who were on vacation. She is taken to the hospital, and for the father, they will attempt to detoxify him from alcohol.

Hari return to Thul, in whose mind are firm the watchmaker's words: The wheel never stops, learn, always learn, my boy, to grow and change. With a few rupees in his pocket, he comes back in time to celebrate Diwali with the family, the festival of lights, at the end of the monsoon.

The novel ends with the hope of a better life together in the village, although it is incumbent on the factory with its promises of work, but especially with the threat of a radical change.