I like traveling by train as we cross areas that we would never have seen otherwise, and adds a certain charm. We have the feeling to leave far from home, to swallow the miles and at the same time, I have to have the luxury of time! I loaded the Kolkata map on my smartphone. We arrived at 10 in the morning at the famous Howrah station.

As soon as I get off the train, the feeling of overwhelm returns to my body. As the guide had already mentioned, just after leaving the station we found the prepaid taxis. So the first thing we do is stop in a long queue, which in the end was not so much. In 15 minutes we request our taxi to the backpacking neighborhood of Calcutta at Sudder Street and its surroundings.

Our welcome to Calcutta could not be better. We were surprised by the monsoon as soon as we got off the taxi that left us in front of the hotel that was recommended in our Lonely Planet guide, which becomes our bible during a trip. So, we got into the first hotel.

We waited for it to stop raining to go out in search of more and we ended up in a room but the state was not at all comparable with its price. I do not remember the name but it was parallel to sudder street and on the way to the New Market of Calcutta.

We just leave the bags and taking into account that the room did not invite much to rest, we went to the Kalighat temple. The Kali temple is located to the south of the city and to arrive the first thing we did was to go in search of the metro.

After finding it we went to the stop we had been told and from there, we found the famous temple of Kali, the goddess of destruction. We had been told that in the early morning a animal sacrifice was carried out to offer their blood to the goddess. Kali is portrayed furious, black-skinned, tongue-tied, and adorned with a necklace of human skulls. The soil is greasy, and the atmosphere is frenetic and here in West Bengal the red hibiscus replace the orange carnations!

After visiting the temple of Kali, we walk around the neighborhood, visiting shops and markets. In this area we can see stalls with lights, fireworks and firecrackers as today it is Kali Puja and Diwali is also celebrated. The sky of Calcutta is also charged because it mixes with birds, kites and planes that cross in a fog of pollution or between the tears of the rain. The sky is crying sometimes, here more than elsewhere.

The afternoon was spent visiting the westernmost area, with the Victoria Memorial, a huge historic building in white marble, recalling our visit to the Taj Mahal in the most western style. It was erected to commemorate the 60th anniversary of the reign of Queen Victoria. Around the monument we walk through beautiful parks and gardens, and go in search of other buildings that remind us that the English were there, like St Paul's Cathedral.

We leave this neighborhood to go to the Indian Coffee House, near the University of Calcutta, a landmark of intellectual and Bengali scholars, who spend their evening philosophizing. I have chicken sandwich and coffee. After vainly looking for a topic of conversation, we disembark to land in a bar! I do not know which is better between the two.

The city of joy today is a city teeming with people and deafening noise of firecrackers. But at nightfall all fades and becomes bright. For the Kali Puja hundreds of temples dedicated to this deity flood the city, squares, courtyards, the interior of houses, accompanied by candles by the thousands, lights, music, songs and prayers. Everyone is then united by this enchanting fervor.

After finishing the day and tired of the trip and so much walking, we went to take a good shower and a good dinner. We enjoyed some great chicken skewers at the end of Sudder Street, although I notice that they sting a lot! 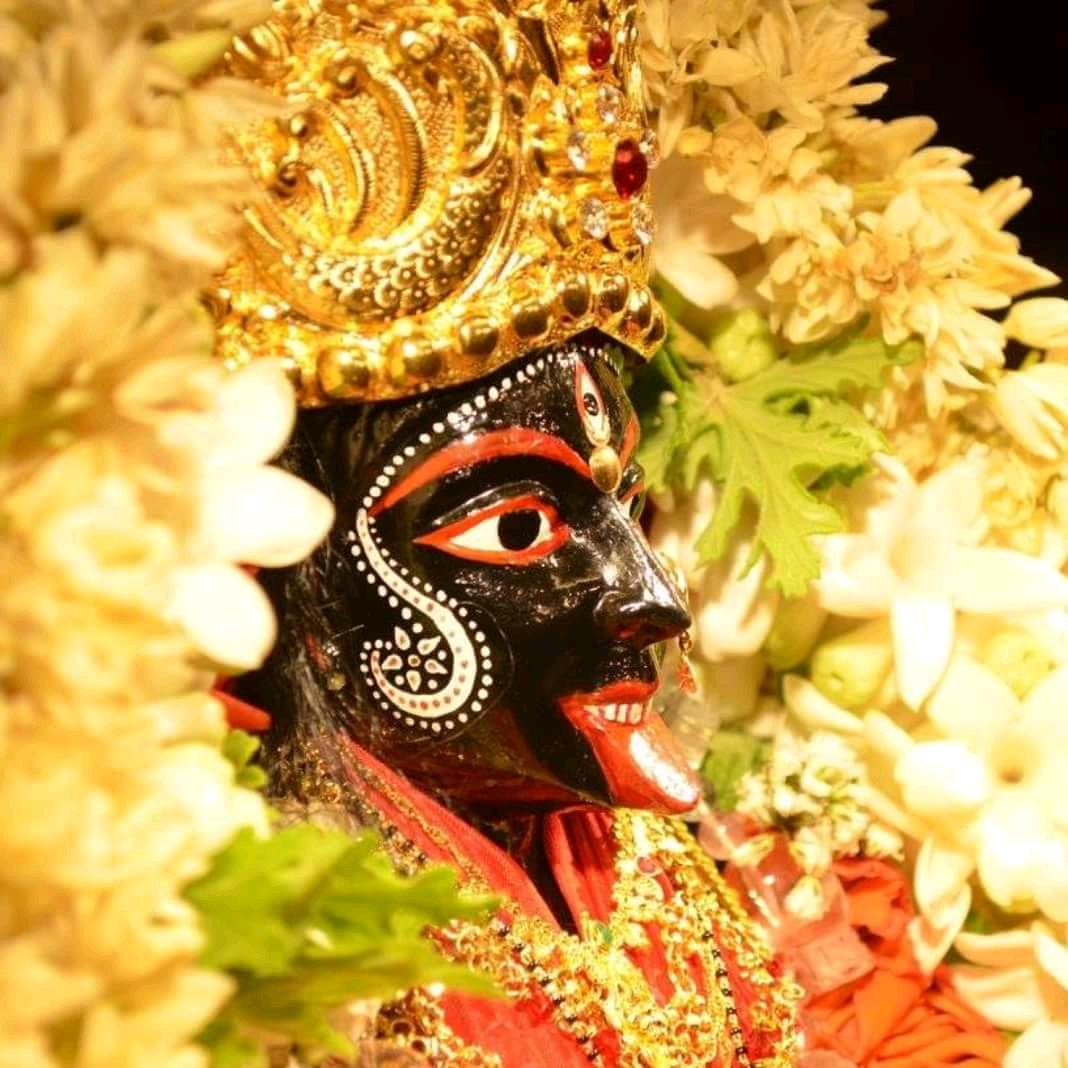