Only after having visited Calcutta can one understand why Lapierre titled his novel as the city of joy. To anyone who has not stepped on India, I recommend that you choose Kolkata as the first stage. Its charm lies in its flowers, festivals, fabrics and the charm is its people, who have perhaps lost hope but not dignity. Everyone always smiles. Calcutta gives you much more than it can receive from you. Only after being in Calcutta can one understand the capacity for survival of man.

Calcutta is without a doubt the most modern of the Indian cities I have seen. There are big avenues, with traffic lights and signs (which is totally non-existent in Delhi apparently). In addition, it is a exotic city, and has nothing to do with Delhi. The vegetation is lush, with banyan trees and palm trees on every street corner. I have never been to Latin America, but that's how I always thought of Sao Paulo. So the climate was a pleasant surprise although it was very hot and humid.

From the windows of the train, we can see the landscape changing when arriving near Bengal. The vegetation becomes much more tropical with rice paddy fields, banana trees, palm trees and the climate is much warmer than in Varanasi from where we arrive. The train station of Howrah, the largest in Asia seems to us, looks pretty, clean and not too crowded.

After arrival at noon at the Howrah station from where I can see the imposing Howrah bridge, I cross the river by ferry. We managed to get a room in one of the best hotels recommended by the Lonely Planet who never left us. The reception is quite classy. I spend much of the afternoon in the hotel. We have lunch at a local restaurant with rice, dal, and a vegetable curry made with shrimps and red spinach.

At the end of the street is the beautiful white building of the Indian Museum and, opposite, the large park of Maidan where are full of cricket grounds, game very popular here. At sunset, I take a walk through the shopping area to Raj Bhavan and BBD Bagh and return by taxi to the lively New Market and Sudder Street area.

After a good meal, I was (still) lost to find the hotel, but I was finally able to return. I was weighed by loneliness and uncertainty. I see the canvas painting in the wall. It was the portrait of a Nepalese lady. I was attracted by her serene beauty. Although it had been restored with care, it had holes in its dress that covered her chest. Her face, except for a mark on his forehead, was intact.

Maybe it was an idealization because it seemed more English than Oriental. Her complexion was white and smooth with well-drawn red lips, light amber eyes, big straight nose, and straight black hair. Three circles of pearls girded her neck and another turquoise necklace adorned her neckline.

She wore pendants of other tiny pearls and a large golden ring on her right ear. The left was not visible because her head was slightly tilted to that side in a demure pose looking down. What a way to complicate my existence. I closed my eyes and saw her again in the morning at dawn. 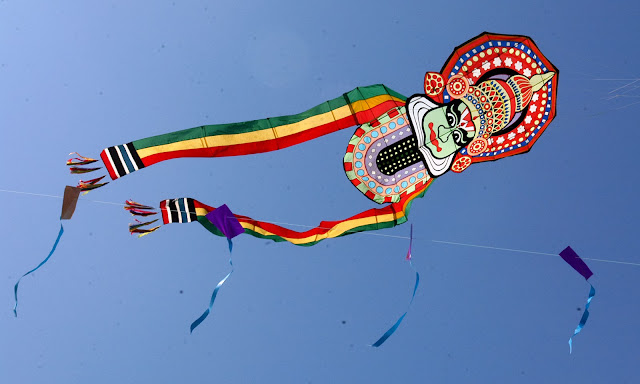 The sheet covers the lower part of her body. She is lying on her back. I see her smooth skin, natural brown and that I guess would be soft to the touch. The light of the incipient dawn enters through the threadbare curtain that covers the viewpoint of the room. In between old English furniture, photographs of British officers and maharajas pose proudly alongside the bodies of wild tigers. The plaster moldings are blackened by the passage of time.

A flickering fan and naked bulbs hang from the ceiling where there would once have been spiders. It was a prosaic colonial mansion, but now it's a run-down hotel on Sudder Street, the street where most of the backpackers stay when they arrive in Calcutta. It is run by an elderly Armenian couple for whom the times of the Raj seem not to have ended.

They are custodians of the past greatnesses of the British Empire in India when Calcutta was its pompous capital. The subject sleeps with my attention and desire, I confess, at that moment. Now she turns. Her young face, innocent in the dream, her beautiful teen chest and her left hip are exposed.

I feel a great tenderness for her. More than that, maybe. That's why I watch her from a certain distance leaning against the wall. It fascinates me but there is no lustful desire in my eyes. I do not feel like a voyeur. At mid morning I submerged myself in the city. After the dry atmosphere of Kuwait, the air that hung over Calcutta enveloped me like the arcades of a hippopotamus drowning in a clogged sewer. Street vendors offer many fried and spicy snacks.

After breakfast we walk to Chandni Chowk, and the neighborhood is in full swing. It is in some ways here that all the handymen of Calcutta gather. In full construction, its anarchic lanes swarm with people. From the morning kites fill the sky from the roofs as today it is Vishwakarma Puja. Statues and pictures of Vishwakarma are installed in every workplace and factory.

It's a time for workers and craftsmen to celebrate. Children, young and old enter the shops of the market and buy them by the dozens. The kites are a simple piece of colored paper assembled in two thin wooden poles. They also buy the spool and the thread. And they march swiftly and happily to prove their acquisition.

They let their imagination fly, to fight and to cut the thread of the other flying kites. Everyone smiles as soon as one cuts off. The city, on the other hand, seemed as if in recent years had suffered a dozen floods alternating with another dozen fires. Such was the appearance of streets and buildings with the huge damp patches on the lower floors and the blackness of the facades and roofs.

Only the Victoria Memorial, shone unblemished in its august magnanimity of white marble, on one side of the wide esplanade of the Maidan. The streets bustled with people. After lunch I decide to take a rickshaw to go to Kalighat, the Kali temple. We found that the temple lacked artistic interest. At that time of the afternoon, it was a hotbed of devotees who crowded into its entrance.

I go into the surrounding streets turned into a bazaar, where offerings were sold for the goddess. I see paintings representing her black effigy, with snakes and skulls around her neck and a variety of weapons in her five pairs of arms. Meanwhile I had arrived at his door. A young priest approached me.

I took off my shoes and followed him. He stopped in front of one of the stalls selling offerings. One does not approach the deity with empty hands, he told us and chose a coconut, some flowers and some incense sticks. Our priest made his way through the crowd. We arrived just to one side of the main altar's staircase closed by thick silver doors behind which the divinity was supposed to be.

This was indicated to us by the priest while he asked us our names to repeat them to the goddess next to some invocations in Sanskrit that, of course, we did not understand. We put the flowers on a tray overflowing with similar bouquets. We lit the incense, as the priest split the coconut in two by hitting it against the iron fence and then spilling the milk over our heads.

After returning, I went for a walk to the neighboring Maidan Park. I sit on a bench. The sun is going down and, at the rate that the night looms, the labyrinthine streets moves to roofs and terraces. In them, there are parties with disco music and lights are mounted. The party belongs to everyone as all the factory workers celevrate. There is not a free square meter. There are fireworks and firecrackers explode.

I returned to the hotel in silence. A few hours later I make preparations to leave. While I see the painting one last time, I lost the little hope I had left. I was going to lose her. In just a couple of days her idealism, her ingenuity and her beauty had penetrated my most intimate self. In a few minutes I would stop seeing her forever, I thought as I dressed. I could not let go.

I opened my arms. She touched mine with her lips. After saying goodbye to her, I loaded my backpack on my back, opened the door of the room and crossed it without turning my head. I have a paratha fried with beaten egg, garnished with onions, peppers and meat and took the train to Darjeeling and its hillsides planted with tea, from there, to follow my projected paths in search of the flying mountains.