There is nothing better than to be transported by the aromas and taste of Indian cuisine. The cuisine of a country is the perfect way not only to enjoy a good meal but also to know the culture and customs of the place you are traveling. Kashmiri Dum Aloo is a vegetarian dish made from potatoes.

But first, we explain how Indian cuisine and what kind of food you're going to try in this country. In India the first thing that attracts attention is the taste of spices and seasonings, always perfectly combined to enhance the delicious taste of the dishes. Some of the most characteristic flavors of Indians are cayenne, cloves, ginger, cardamom or saffron.

With a mixture of these and other spices is achieved the famous garam masala or curries that, after all, are the perfect blend of several spices.

Aloo Dum also written as Dum Aloo or Alu Dam belongs, namely to the Kashmiri cuisine. Potatoes, usually smaller are first fried and then slowly simmered in a sauce with spices. Aloo Dum is a very popular recipe among Indian stews. It's a recipe that is part of the traditional culinary culture of the region of Kashmir, in the state of Jammu and Kashmir in the north of the country. Yet this dish is prepared throughout the country in different versions.

It has an interesting history, because the recipe of Kashmir, which is the best known, began in Bengal. Oudh or Awadh was a province of the British Raj. It was located in what is now the northeastern part of Uttar Pradesh. Named after Ayodhya, the capital of the ancient kingdom of Kosala is believed to coincide with the region of Oudh. 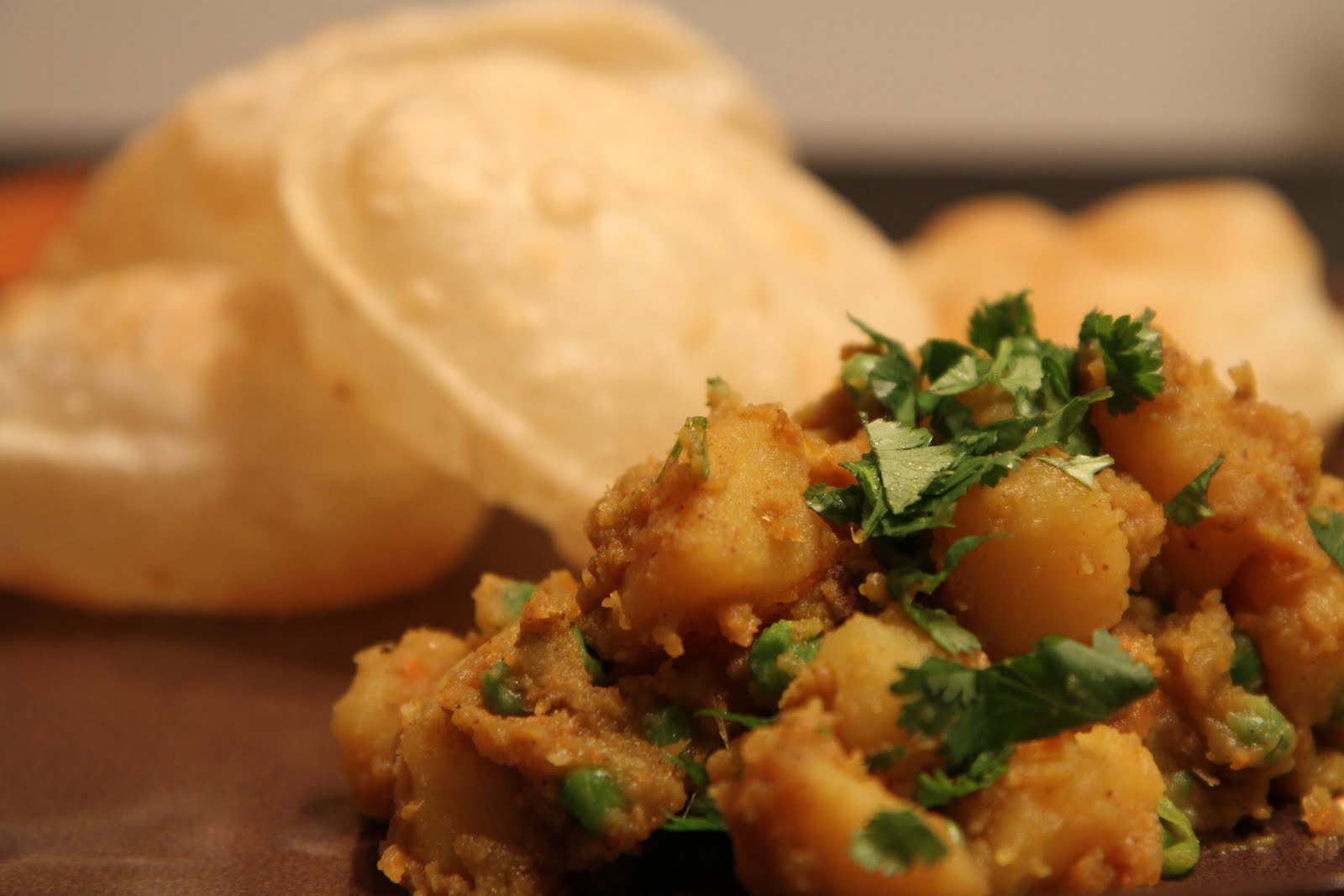 In the twelfth century, Muslim invaders conquered India. During the sixteenth century, it was part of the Mughal Empire. It was invaded in 1856 by the British in 1877 uniting the province of Agra to form the United Provinces of Agra and Oudh. After Indian independence in 1947, it became part of the state of Uttar Pradesh.

In an attempt to feed the population, the philanthropist Nawab Asaf-ud-Daulah began construction of the "Bara Immambara" to create jobs in bricklaying. Bara means big and Imambara is a shrine built in Lucknow by Muslim Shiites to celebrate the Azadari. It is an important period of ritual mourning and lamentation in the month of Muharram, the first calendar month in Shiite Islam. It is in commemoration of the death of Husayn Ibn Ali, the grandson of the Islamic prophet Muhammad in the battle of Karbala.

The cooking technique of Dum Pukht was popular. It was cooking on a low fire, especially in sealed containers, where meats were cooked in their own juices. After the British captured Oudh in 1856, Waji Ali Shah moved to Calcutta, along with the cook and his culinary discovery. The potato was not on the list of vegetables of high priority for the Kulin Bengalis in ancient times.

Warren Hastings, Governor-General in 1790, received a gift from the Dutch in a basket consisting of potatoes as a novelty, which served to introduce potatoes in Bengal. The story goes that Lord Amherst had planted potatoes in the "Barrackpore Park". Bengalis greeted the tuber with much enthusiasm. The softness of starch in potatoes worked well as a perfect contrast to the strong flavor of mustard seeds and cumin used in Bengali cuisine.

Bengali aristocracy adopted potato as a symbol of superiority and westernized cuisine. Before 1860, it was already the main ingredient in the cuisine of the region. Potato slowly began traveling into Bengal.

The cooks recreated the Dum Pukht on the western banks of the Hooghly River where they used simpler methods. Instead of cooking overnight they incorporated dry vaporization in the Bengali technique. They replaced the meat with potatoes and added cumin, and so was born Aloo Dum.

Today we are going to prepare my adaptation of the different Aloo Dum recipes I have tried, and where I use the favorite spices from Kashmir such as fennel, anise and ginger.

Peel and cut the potatoes into big cubes. Scrape them, prick all over with a fork and soak in the water with little salt for 2 hours. Dry the potatoes on a cloth.

Heat the oil in a frying pan over medium high heat. Deep fry the potatoes until golden brown. Turn the potatoes few times while frying. Drain with a slotted spoon and place on a paper towel. Keep aside.

Heat the measured ghee in a flameproof pan on medium heat and stir-fry the sesame seeds, cumin seeds, cloves, cinnamon, poppy seeds, cardamoms and asafoetida for about a minute until seeds lightly change colour. After the cumin seeds crack, add gram flour. Stir for a minute until the gram flour is golden brown.

Add the spice paste and stir-fry for about 2 minutes on medium heat until the spices starts to separate from the oil. Stir in the tomato puree, cream, cheese, cashew, raisins, sugar and salt. Add the potatoes, mix it well and add a cup hot water and stir over a low heat. After the gravy boils, let it cook on low heat for 10 minutes.

Garnish using cilantro, pepper and cover the pan and turn off the heat. Let it sit for few minutes before taking of the cover.

Serve with any bread or puri.