At a very early hour, before dawn, in the Kanchanjunga Express that runs through Bengal from Calcutta there is a screaming like in a market. In fact, the whole train has become one. The vendors offer breakfasts of all kinds while shouting and pounding their pots in search of customers in a continuous and incessant procession. Outside, the misty plains of the beautiful West Bengal awaken with flights of white herons and the smell of the shiuli flower. Durga Puja got over just a few days back.

The still drowsy inhabitants walk towards a background of brown fields dotted with islands of palm trees. The rural landscape look serene, beautiful and languid for the traveler who observes while drinking tea with milk and cardamom from the window of an express running through the plains. I can see an apparently sweet landscape. The trees and houses are in perfect symbiosis surrounded by orchards and crops distributed in harmonious anarchy. I notice the absence of modern machinery in its geometric imperfection.

While in other parts of the world the great machines label the landscape leaving it like the plans of a draftsman, like a computer that plays at being God. In this part of India the hoes, the ox carts, and the callused and brown hands of the Bengalis leave them as if they were an artist's painting. The first show their greed to earn more at all costs, and a certain contempt for the land. The land is an instrument, and, if it does not go well insurers will take care of everything. While the second show their misfortune, their survival, love and patience, also their sweat and tears.

Here people are still bowed to the ground and not the other way around. And they are literally when they have to bend their loins to work it, and lose weight in the long droughts while they clench their teeth looking at the sky, hesitating between continuing to pray or migrate to the city.

With a thousand shades of green, the fields remain untouched, as also the towns. The dirt is left for the cities. The children make kites with papers and glue using rice paste, and fly them with a very fine thread. Winter is coming and in the countryside it is colder.

In the coach a few play music to the fullest in several phones. The result is a horrible mixture of noise almost unbearable in its volume. In India things exist because they have sound. If you do not make noise, you do not exist. I myself get angry if they do not use horn when I'm going to cross a street.

They, the sadhus, show us, in their itinerant nudity, that in reality everything is superfluous, not only our backpacks but even our clothes. The kids of the train are still playing with their mobiles.

In sections, I miss Japan and its sound fundamentalism in public transport. In India, if a conversation or a monologue is to begin at 3 o'clock in the morning with a loud voice and euphoric laughter, it begins. It does not matter that hundred people are sleeping by your side.

I still do not know if in the subcontinent the live and let live is practiced or it is pure selfishness whose slogan could be first me. I think rather the latter, although I always tended to see the glass half empty. It's an attitude that seems more coherent and less foolish than seeing it half full, which sounds like a conformist, an opiate and a cheap perfume.

Also, every push of Calcutta at rush hour reaffirms me as much as each of the Indian soap operas that my wagon neighbors look ecstatic. I have to swallow their high volume while I try to close my eyes.

But then, I see a man who fed rats on the banks of the Hooghly and he passes me by. It happens to me because this man fed street rats in a slope of the sacred river with a deep dedication and affection. It was not a rat temple or anything. This gentleman was not a priest, nor the guardian of rodents, nor a keeper of the garden, or anything like that.

He was a nondescript guy who had paused in his work on a normal street in Kolkata. And the rats were pure mangy street rats, whose mere presence would make us pale with disgust and fear. It happens to me because maybe what happens is that here the margins are more distant than ours in some things. Or at least they narrow and widen in different places.

Perhaps that amplitude, or rather difference of margins is what makes noise not bother. That only bothers me, that I'm the one with the wrong margin, and to the right. In this journey nobody has spoken to me except to ask me yesterday the number of our bunks or to smile timidly. Let's break another topic on whether the Indians are heavy and intrusive.

Not always. Not everywhere. In addition now they are almost all bogged down in front of their electronic devices. Two hijras pass asking for money from the whole coach. The hijras are the transgenders of India. They are not homosexuals, nor eunuchs, nor transvestites, nor hermaphrodites. They are the third sex. There are millions and their origin as a social group dates back thousands of years.

They were respected and appreciated for centuries until the arrival of the British Empire and its radical puritanism, which condemned them to ostracism and marginalization. Since then they have lived largely dedicated to begging and prostitution.

Almost everyone gives them money for what I see. I give them twenty and they give me back ten. They put their hands on my head for a few seconds. The brown eyes also put their hands on the head for the same fee. Apparently they are feared for being able to remove the fertility, but this I find out later.

Then passes the seller of combs and toothbrushes, another that sells something similar to lemons sprinkled with masala. It occurred to me to try them and it was one of the most painful gastronomic experiences of the whole trip. It was a descent into the gustatory infernos with a frightful mixture of sour and spicy.

Also the seller of zippers passes, and another one that I say are potatoes and the one with brown eyes says that it is bamboo crafts. There pass the lemon tea vendor, and then the milk tea one, three or four with mineral water, and the pantry staff to pick up the orders of whoever wants to eat, and then the peanuts and unidentifiable nuts.

Then there are seller of gods statuettes, incense, several sellers of wallets and cards, the popcorn, the hot pepper, the cucumber. They peel and cut them into slices before putting them in a cone made with newspaper. There was the one with citi gold necklaces, shorts, and another one that sells dhotis or lungis.

We crossed the river Ganges across the Farakka Bridge. It seems to me like a sea of ​​strong currents and almost waves. It will flirt in the border between India and Bangladesh by West Bengal before finally entering the neighboring country. There it will join the Brahmaputra to empty into the Bay of Bengal.

And I try to retain these images in my memory for life because I know that it is going over them. Every time it accelerates more, like a train whose brakes failed downhill, in a futile attempt to retain the present. I pass by the sacred rivers filled with Kash flowers, as the white herons fly in slow motion, and the smell of shiuli flowers fills the senses.

The brown eyes witness all this, with the promise of a Calcutta that is no longer so distant, with the dreams fulfilled. All that remains is to escape. I do not have time to lose, because I want to go to the top. I skid in every curve, stick my tongue up to my throat, smoke with a puff, and throw the smoke laughing out loud while I traverse the map on my thighs.

Breaking any kind of margins, my life lead through hidden and sacred paths where for a moment I will know happiness, which will slap me like a linnet.

Gradually I reach Siliguri while in the background, as suddenly, as in a switch, the Himalayas appear. Siliguri is just a stop at the road junction for Darjeeling and Sikkim. I still try to discover on foot wandering in the middle of a market of vegetables and fish. There are smells, colors and even a flock of geese waiting for food in front of the shops in the middle of scooters, bicycles and other motor vehicles.

At the end of the village, I visit a beautiful Nepali temple inhabited by about twenty monks. I love the atmosphere that emanates from it, the mantras at the entrance and the prayer wheels. I make a small donation and a monk offers refreshing fruits taken from the offerings of the day.In the evening O book a jeep for the next morning to continue the route to Darjeeling. I'm tired of the noise of the city and horns. Even the locomotives are near. I must say that we are 500 meters from the station. I hope the night will be peaceful. 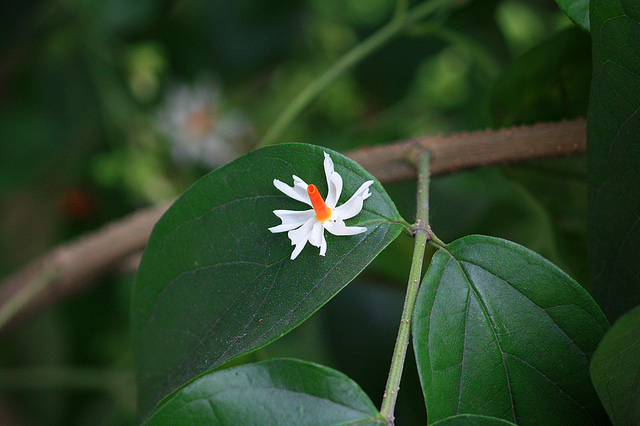