Sometimes, I travel without leaving the chair. It is very economical. I consult guides and I look for weekend flights without caring much about the destination. I evade with stories and I travel with them. This is how I ended up buying a flight to Manchester. Manchester? What's in Manchester? In that city is there not an important football team? Is it in the North of the UK? Look, do not ask anymore, come with me, I'll show you.

As good football lovers, Manchester City and Manchester United come to mind, but I did a little research and it turns out that Manchester is ideally sized for a weekend, an interesting historical center with a vibrant culture.

It's a Friday in January. The flight leaves at 4:00 pm and that means it's my turn to run away from work and continue the race to the boarding gate. Moving to a gymkhana with an empty stomach, does not seem like a good plan. The flight to Manchester has been much better than I expected.

I landed in a snowy Manchester. The forecasts I read a few days ago are met. Manchester is white. In the same terminal of arrivals I take money out of an ATM. It comes out more profitable than changing cash to pounds. From the airport, I take a train that in just 10 minutes leaves me in the center of the city to Piccadilly Station.

My hotel is another 10 minutes walk from the station. It seems like a joy to land and in about 20 minutes I find myself in the hotel room. The first impression is that it is quite good. Also, the girl who attended me at the beginning spoke at the counter with a Indian accent which makes the initial procedures easier.

The hotel is practically new with comfortable rooms. It has an equipped kitchen and a very spacious lounge with free Wi-Fi. The best is the teapot that they replenished every day. The only downside is that they retain 100 pounds as advance deposit, against the minibar or breaking something. Of course I was also struck by the fact that the plugs are American type.

Fortunately for me, at the reception there are vending machines that, in addition to chocolates and drinks, one can get toothpaste or adapters for plugs. I left the hotel to go to the vicinity of the Irwell River, to visit the Manchester Cathedral. Upon arrival, there is a choir rehearsing and I cannot enter. So I went to the People's History Museum in Bridge Street. I do not usually visit museums when I travel, but this one is different. It's very fun and educational.

I continue my tour of the city heading to a most curious area, which does not come in the guide, but that I had already read in the internet. It is the Chinatown of Manchester. It is smaller than I expected, but it does not stop attracting attention. It's like in the movies.

I then head to to Portland Street. Turning right onto Charlotte Street I see a small and bright neighborhood consisting of several streets. A small square, colored lanterns and a large red door with golden dragons indicate that I am in Chinese territory. I see many shops and oriental restaurants.

I go towards an area called the Curry Mile located in a small neighborhood called Rusholme, full of Indian restaurants. The night falls soon amidst the cold cove. Time flew and when I realize, it's time to eat. I satiated my hunger with a strong English menu of mashed potatoes, meat with sauce and some vegetables, in a restaurant on Oxford Street.

With hunger sated I decided to go for a walk to see the nightlife and innumerable pubs. At a rocker pace, I head towards the north, where the old pubs are. Before arriving, I am struck by the music that comes out of a second-hand shop, with good music of the 90s.

Sometimes the sense of smell entices me buy a pastry when passing through a pastry shop. I continue my tour of Market Street, pedestrianized and full of big-name stores, until I reach Corporation Street, where the Old Pubs are located. Most are quite cozy, with wooden ceilings and floors, pubs with character and history, where to enjoy a good pint.

I entered one and after going down some stairs I see people of all ages. There is a cozy atmosphere with comfortable sofas, chairs and small tables full of half-empty glasses. Many dance in an uninhibited way, moving the heads from one side to the other. After some drinks I ended up dancing in pulp fiction mode. I do not know at what time I decided to leave to rest at the hotel, but what I do remember, is that Manchester was not so cold. 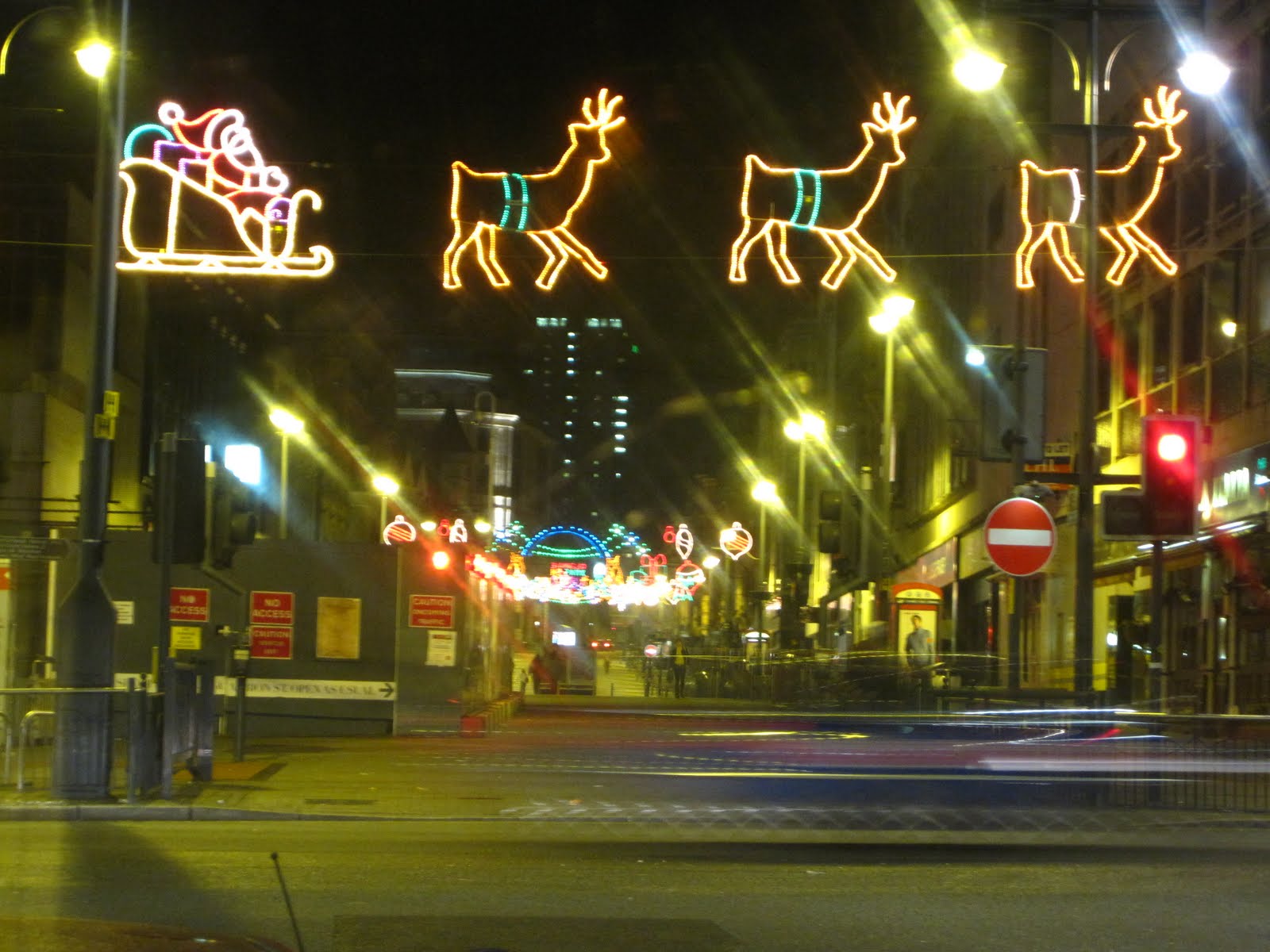 The breakfast is really sensational to be included in the price. I have a piece of mozzarella sandwich, toast, Neapolitan chocolate, fruit juice and cappuccino. Today I had planned to walk the city, as long as I had time. By the way, I forgot the camera in the room. So I'll have to rely on the smartphone, although I do not trust it. The first thing that draws attention in the city are the buildings built with brick in many parts.

Although, afterwards I have also found a Manchester of glass buildings. The street do not have zebra crossings. With the Lonely Planet guide in hand, I headed first to the Science and Industry Museum. It is interesting and different.

I attended an exhibition about the cotton industry of which Manchester was a pioneer. What interested me the most was when they put into operation the huge machines necessary in the process of creating the fabrics. I escaped through the souvenir shop, which has its own exit. Next to the museum is the Hilton, an ultramodern building (euphemism of ugly) that I hope to be able to approach. I like to climb the skybar of mega-high hotels. Maybe tonight.

Manchester is not very big and it takes no more than 40 minutes to travel from end to end of the typical tourist map. Throughout the day there is a constant wind in Manchester, uncomfortable and fresh. That's why, at the museum's exit, I saw a shuttle bus go by and I went up. In Manchester there are three bus lines that run through the historic area (the one that appears on tourist maps).

The best thing is that they are free and with a frequency of between 5 and 10 minutes, according to the line. I got off at the Anglican Cathedral, which unfortunately is under construction and does not allow entry. On the outside, it's nothing special, honestly. Nearby is Arndale Mall, a huge building, but it has two advantages. There is a public toilet and no wind.

On my way to the lodge, I stopped at Piccadilly Gardens, which, to tell the truth, is less green than a two-family garden. They have placed such an attraction for the brave that it takes more space. However, the place would be very good to rest. Already there, after buying things in the supermarket for dinner, I went to the hostel.

Once back at the hostel I decided to rest a bit, eat something and then go out to the Hilton Sky Bar. It's at the other end of the city, so it took me about 25 minutes to get there. I go to the elevator and a guy tells me that I cannot go up because I wear a t-shirt! I have always had a certain fixation and prejudice towards the english, but today I am vindicated.

I get back to the hostel. I stop near piccadilly gardens where I listen to live music wearing my t-shirt at a pub. I arrive at the hostel at midnight, shower and go to sleep as tomorrow morning I go to Liverpool.