I have always been attracted to Central and South America, above all because I really like the theme of the jungle, with its nature and wild fauna. In this case I had been looking at brochures and visiting travel agencies without knowing what my next destination would be. When I read about Guatemala, in a catalog they offered as an extension to Honduras to visit some Mayan ruins.

But, one thing was clear! Whatever it was, Honduras had caught my attention and I got down to work to find out more about this unknown country. We only had to get the flights and we got down to work, and since we saw them well in advance we got very good prices. Now, the crazy journey through Honduras begins.

Our trip begins as almost everyone. In this case, we left home at 7:30 am to the airport to take the international flight, which would take us to El Salvador, with a stopover in Guatemala. Once in El Salvador we had to take a flight that would be the definitive one, the one that would take us to Honduras. The flight landed at the international airport of one of the most dangerous cities in the world, San Pedro Sula at 22:00 local time.

Once we collected our bags, we felt a great relief, given past experiences. Now we head to the arrival terminal, where we expected someone to meet us. And yes, there wait a 26-year-old girl, of Portuguese origin and Canadian nationality. We went to the vehicle and on the way and in the middle of the darkness we see an individual with some exotic pints. The Rastafarian head towards us.

Once in the somewhat ramshackle van and with the air conditioning on top (almost polar cold), we headed to our hotel. It was located right in the center of San Pedro Sula. We enter a ghost town, dreary and with hardly any people on the street. It would hardly be 10:30 pm, and the few people that were seen, certainly did not generate much confidence.

After several laps we saw it, we stopped the van and that's how we arrived safely and willing to spend our first night in Honduras. The hotel was somewhat decadent and the room was dirty, with bare electrical wires and an air conditioner of several decades ago that emitted a deafening noise and a sink at the foot of the bed. And the bathroom is not that much better, with a toilet and a shower with a piece of hanging pipe that served as an artichoke for water.

We had bought a sandwich at the airport in El Salvador for dinner, since we imagined that we would not go out at night. We decided to go to bed and try to make the night happen as soon as possible and without any kind of mishap. 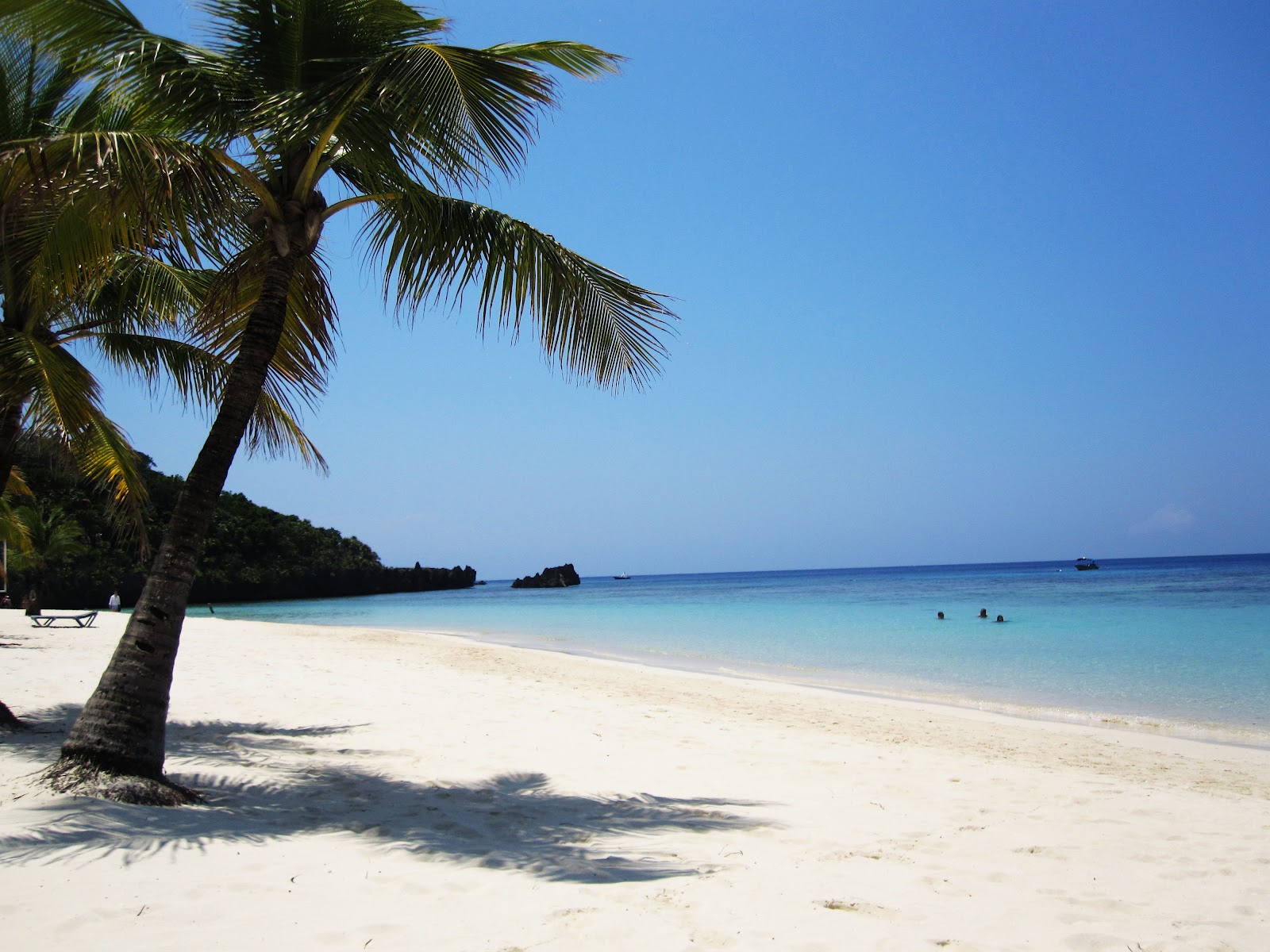 We wake up around 8 in the morning, but we had been awake for a while. I decided to leave to go to the reception, and that is when I discover that the hotel has some charm. In the light of day I can see a central courtyard, which is decorated with many plants that give the sensation of freshness. Already in reception, they give me a password and I can use wifi!

We leave the hotel with our bags, load them in the van and we are ready to start the route. We stop for breakfast near the hotel and already by the street we discover that there is life in the city. We stopped at an authentic place where Hondurans had breakfast. It was like a kind of jail all surrounded by bars.

In our case, it was like that and we tasted a typical breakfast, with fresh baleada. The baleada is a corn cake that is spread as if they were pizzas, and then stuffed to taste with scrambled eggs, avocado, mashed beans, cheese. They are all accompanied by some natural juices of tamarind and another fruit called nance or something like that, both very good.

After breakfast, we left for Copan Ruinas, our first destination. After about four hours or we arrived at Copan Ruinas. We preferred to go and see the famous Mayan ruins as soon as possible. This was a great success, since we were almost alone with the expert guide who accompanied us, so that we could enjoy these ruins in a very special way.

After the visit, our driver took us to the center of the town. The guide also came with us and took us to a very nice place where we ate very well. After lunch we said goodbye and we left for the port of La Ceiba, which is where we would have to take the ferry to get to the Roatan island. After about four hours we were in the port. The first thing that caught my attention, is that when approaching the premises of the port, an operator immediately took the bags, put some labels and gave a receipt to collect them on arrival.

The trip was quite an adventure. It was clear that Honduras did not want me to have a minute of relaxation. What at first seemed a grace and people took it with much humor, ended up being a somewhat grotesque situation. After an interminable hour and a half, we arrive to the mainland and again surprises.

When picking up the bags, the picture was this. There was like a central island, surrounded by a counter, where they had put all the suitcases of the hundreds of people who were on the ship. There were two workers, who received shouts from all over claiming their suitcases.

When I saw the picture the first thing was to try to locate the suitcases. I managed to get as I could between two people and thanks to one of the suitcases had a bright purple color, it was easy to locate. Now I had to go to that area, try to regain space and get the operator to pay attention to me.

After unsuccessful attempts I got and after indicating that this was my suitcase, I could have the first suitcase. Now there was the second one, but this seemed a bit more difficult since this one was very common and of navy blue color.

We left the port and a taxi driver approached us to offer us his services. We negotiated a price and finally we went to our hotel. Along the way, the taxi driver explained to us the places where we were going. After an hour, we arrived at our destination in the area of ​​the island called West End.

The hotel consisted of very well equipped wooden cabins, all scattered among trees and tropical vegetation. Some of them, as it was in our case, was right next to the sea. We left our things in the room and set out to take a walk to see West End. The truth is that it was very hot and there were very few people on the street.

Hence this area concentrated all tourism in the evening. Within the West End, our hotel was in Crescent Bay, or in their language in Half Moon Bay. Without a doubt the name was very accurate, since it was a very closed bay that was like the moon shape. After a short walk, we stopped at a terrace next to the sea and had a few cold beers, returning later to the hotel.

Later I decided to dive into the Caribbean Sea of ​​Roatan. I must say that in our hotel there was no beach. We were right on the coral reef, by the way, the second largest in the world. I could not resist to take glasses, fins and tube and throw myself into the water. I did not lose a single second and there I launched. The spectacle that was under the water was impressive.

I had never seen such a variety of fish of all kinds and colors and the corals were also amazing. I stayed a little while and left as this was only the beginning and there were still more days.

As we had eaten something soft, that day we decided to go out to dinner early. We started to discover the authentic West End. The street was much more lively and as it was Friday, we could see a lot of Honduran people on the streets. At the beginning we were delighted with the first sunset of the island, something magical without a doubt. Then we continued walking among the multitude of restaurants and music venues that there were.

We decided on a pizzeria. I imagine a classic if we take into account that during all the preceding days, all we had eaten was typical Honduran food. Also after many days we made our first bottle of wine for the entire trip, because in the places we had moved, the wine was absent. The truth is that our first day in Roatan was being perfect and the culmination was also perfect, but this did not end here.

On the way back to the hotel, we passed by the best-known resort in the area. There was a spectacular atmosphere. Animated by the effluvia of the wine, we decided to make the last one there. We ordered the most famous cocktail there, called Monkey La-La, that we really do not know exactly what it was.