We would have spent another day in Khao Lak as in Chiang Mai. In the afternoon after returning from diving we had hired the transfer from Khao Lak to Khao Sok. As we were getting closer to the national park we already felt that we were going to love. It is the most indigenous province of Chiang Mai.

As for the people of the town they were fantastic and they did not stop smiling, with nothing and less you can not imagine how happy they were, without light, or running water, and all their lives living in a village of 5 houses in the middle of the nothing. How much do we have to learn from these people!

Khao Sok is one of the beautiful national parks of Thailand. It's huge. To enter the park we have to pay something, just like entering Similians or Phi Phi, but it's not much. When entering the park there are some posts where we can hire guides and excursions. The hotel that we chose in Khao Sok is the best of the deals we got.

When we arrived we were already half expecting. Then we went to dinner at the restaurant and the manager of the hotel came to greet us, who turns out to be a very young guy. From the same hotel we organized the excursion that we had planned to the Cheow Lan lake. The tour had already been confirmed on the internet with the hotel itself.

The Hotel is also very nice. It is in the midst of nature and we feel completely integrated into it. However, it is a very clean place and curiously there are not too many mosquitoes, only at night in the open air, something incredible. The only problem it has is with the issue of electricity and the light goes out with some frequency. In fact, the rooms have generators for when the electricity goes out. 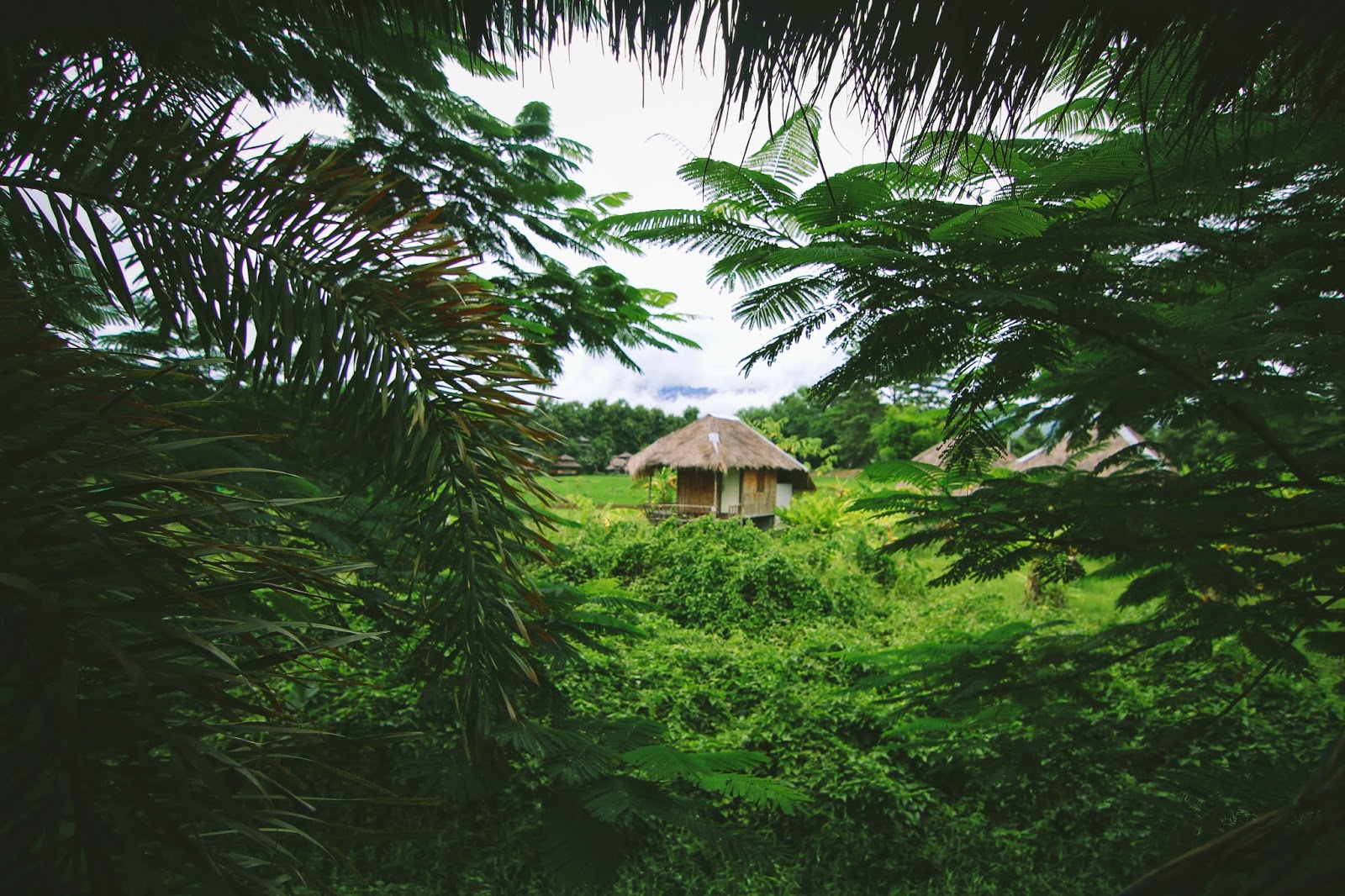 Our real adventure in the jungle began. They came to pick us up at the hotel and moved us to the Takuapa market, a very authentic food market where we could stock something for our excursion. In the market our guide was waiting for us. From this moment, he was with us all the time and it was great.

From the entrance to the park to the lake there is approximately an hour and a half of road route. When we get to the lake, we pay the entrance to the park and you go up in a long queue. In the early morning, we made the elephant ride, crossing rivers, ravines. And these elephants were not like the ones in Chiang Mai with their little teddy and their comfortable seat. I had a piece of wood to sit on, and hold on like I can!

And finally we made the descent (a bit hilly) to the nearest road in a raft made of bamboo trunks. From here we went through the jungle, penetrating through the jungle full of cobras, bears, tigers, thousands of mosquitoes and all kinds of wild animals (no kidding). We saw gibbon monkeys, tarantulas, entered caves, and toured the lake with incredible landscapes. The sounds of the jungle are really impressive.

In addition, it is not a tourist site, so I can feel the loneliness of the place and listen only to the sounds of nature. We had booked at a resort, a very nice place. They have individual cabins in a natural environment taken care of down to the smallest detail.

The place where we stay today are very basic cabins that float on the lake. It is part of the excursion. Being there was amazing. We had lunch with Thai food. It was the best of the whole trip to Thailand. After eating, we walk through the humid forest (it is essential to wear appropriate footwear) and enter a cave where the water reaches the neck in certain sections.

We had kayaks at our disposal for a ride around the lake, which also has a very clean water, and we had a fantastic bath. Of course, this route is not suitable for people who are not adventurous, who do not want to be muddy to the waist or who are sensitive to mosquitoes and other bugs. Finally we take the boat back to the van and, from there, to the hotel.

That night we slept in the cabins after having an improvised papaya cake. One of the most special compliments that you can have, for sure. I will never forget the experience of sleeping on the floor of a cabin made of straw and bamboo canes. Honestly, I have not heard so many animal noises in my life while I was sleeping.