Fate caused us to attend a wedding in Agra. Here we tell you about our experiences and what we know about what they told us about how marriages work here. You will see that there are missing photos. It was not our plan to attend a wedding and we went out to dinner with the little battery we had left after visiting the Taj Mahal.

That afternoon it was very hot, and the tiredness was felt because that morning we woke up 4:30 to see the sunrise at the Taj Mahal. The fan could hardly spin, and the little air it threw was hot. The flies fluttered as if the heat stimulated them.

Suddenly we started to hear drum noises. Great noise came from the street. We used our few strengths to go out and see what happened. We saw a man mounted on horseback and dressed in luxurious clothes and a distinctive turban. I was surrounded by several people. All celebrating and all dressed in their best clothes. The boys were not missing. People looked out on the street to say hello. The car honked. And ahead the musical band was going, making its way through the street. 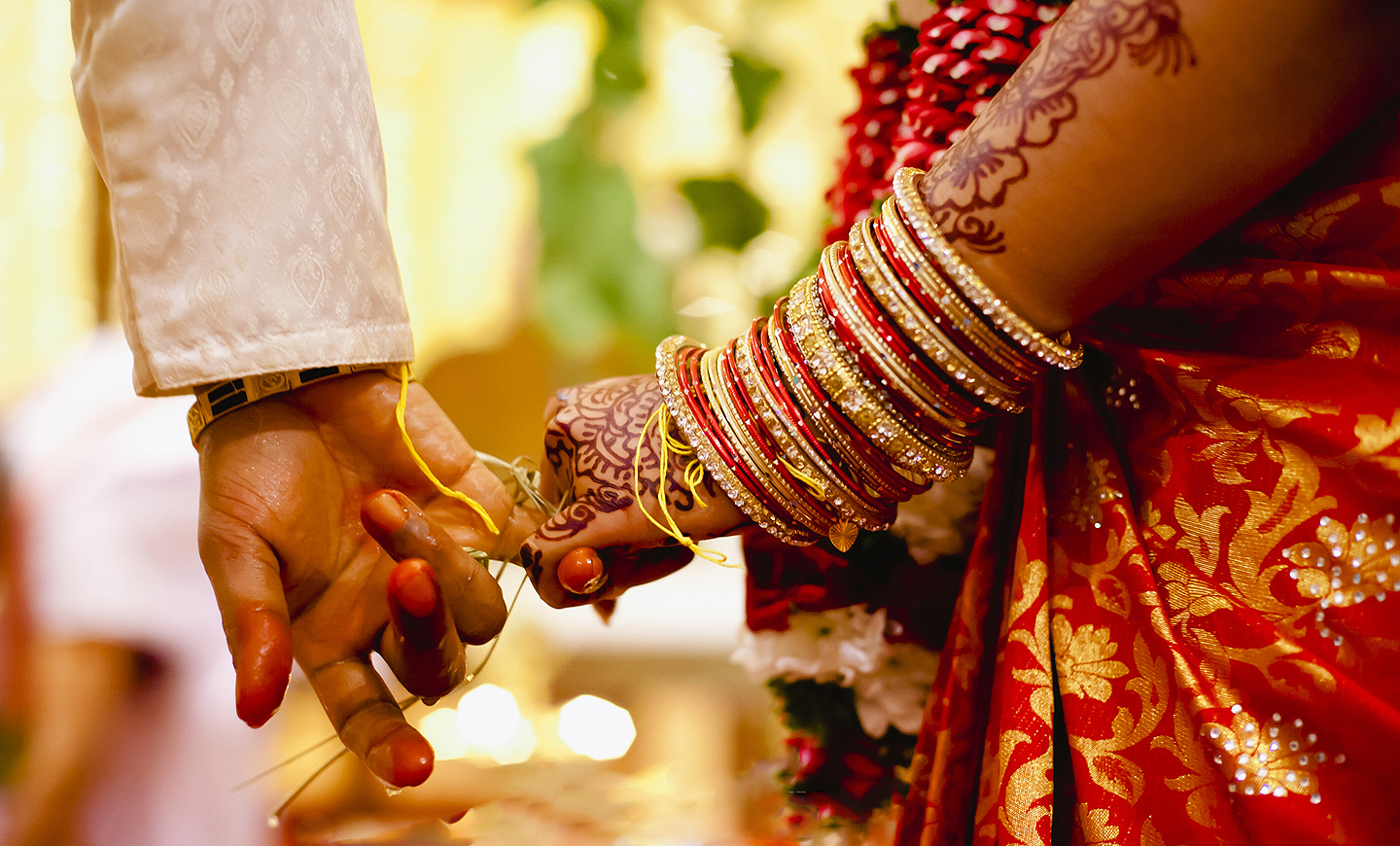 The boy who worked at the Guest House told us that it was a wedding and the one who was riding a horse was the groom. Those who accompanied him were his family and friends. And they were going to the place where the ceremony was going to take place.

So we saw the caravan go by and we returned to our position of oppressive heat to prostrate below the fan. We started talking about the desire we had to be invited to a wedding. The idea of getting even more into the local culture is always present. Although people are very open and invite us to the house, we need one more step. We need to experience a day as a local. We were never more than 20 days in the same city. And to get in full you need more. You need to live in that place.

But returning to the subject of marriage, we were attracted first by a matter of rarity and difference, and second because it is an important social event. The relationships of families are played. It is about the arranged marriages, the dowry, and that the girl stops living with her maternal house. She goes to live in the house of her husband, where also live his parents, brothers, cousins and nephews.

With those concerns, we went out to dinner. As if we had not foreseen the destination of the night we went out with the perspiration of the whole day on our backs. There were only 50 meters that made us notice that the big event was held around our room. 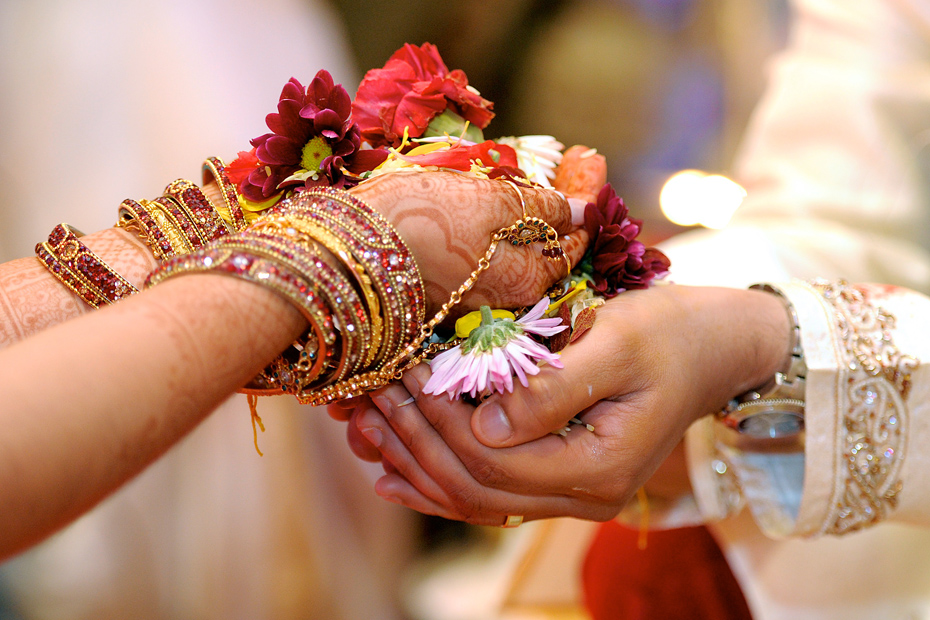 As one who accelerates the pace, almost marching but without jogging, we hurry to see what happened that hot afternoon in Agra. From the sidewalk, in front, we see the same groom with luxurious clothes standing on a small pedestal surrounded by people and musicians. A lady approaches, her mother perhaps, and she begins to recite some words while she surrounds him. At the same time, he waves a few incenses. Many cameras and cell phones captured the moment. Stealthily we are approaching to be a few meters away from the groom. After the small ritual of greeting on the street, the groom and the guests proceed to enter what would be the outdoor lounge. We still doubted whether or not to take the camera. The guests kept coming in but now they were signaling us to come in too. Almost laughing, and without hesitation, we went inside.

Once inside the room, already as official guests to the wedding (the groom had also made gestures for us to enter) the groom's brother approaches. He lived in Calcutta. He introduces us to his family and invites us to feel free and comfortable, to eat and drink everything we want and to ask him all the necessary questions. He warns us, too, that the bride would arrive in about two hours and that at midnight it would be the nuptial ceremony. 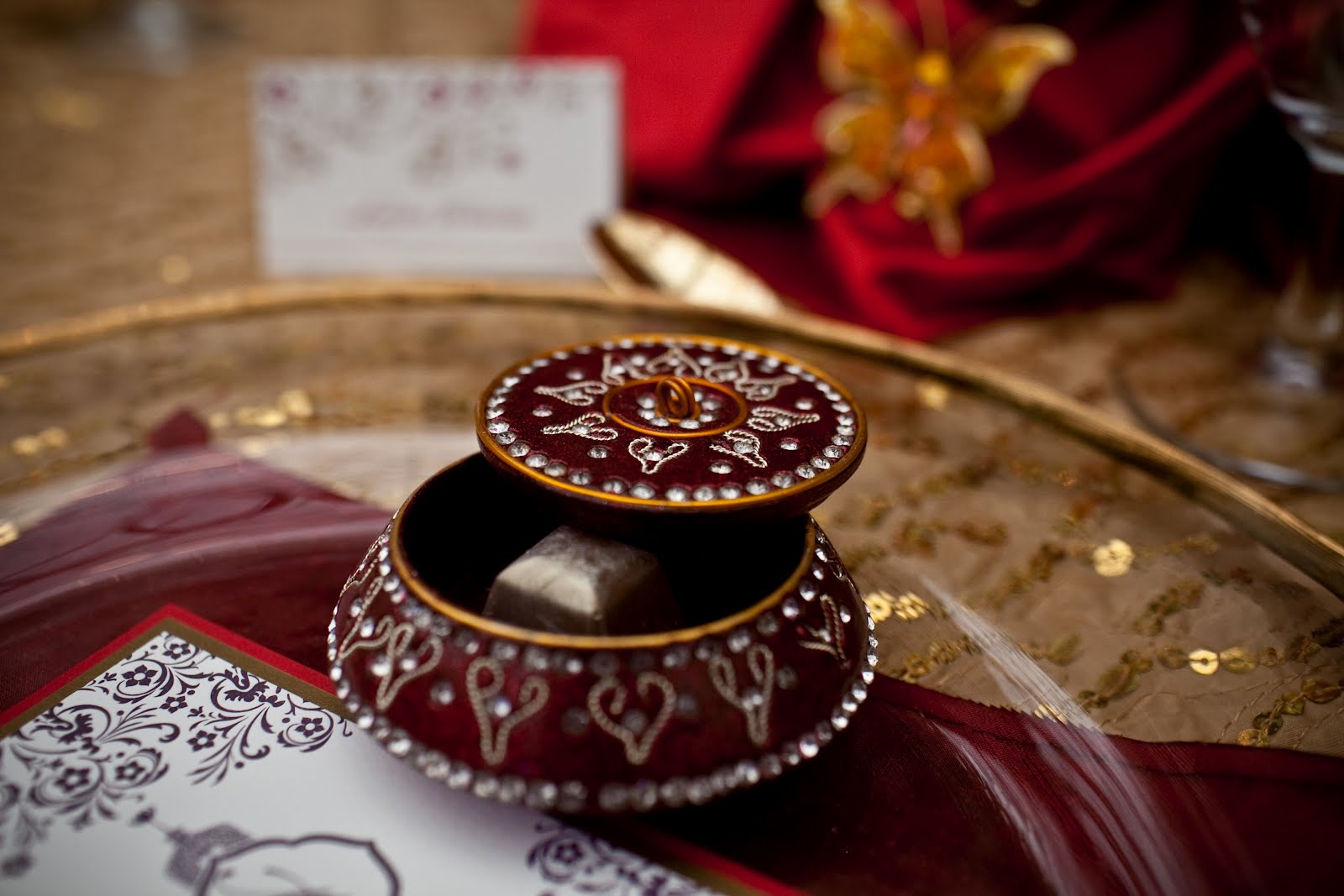 From then on, the evening to night was not the same for us. We were in the middle of a wedding! And we had not sneaked in, we were invited. We also knew that we would not go unnoticed. They all stared at us not only because our clothes were not the right ones. At the party people came first to greet the groom (the bride had not yet arrived) and then to us.

The food deserves a separate paragraph. There were tents around, like a fair, each with a different meal. Some sweets, others salty. There was also fruit. But there was not a single drop of alcohol. The meals were of the most varied. Some we had tried but others were totally new for us or maybe we had seen them and we did not dare to taste it. 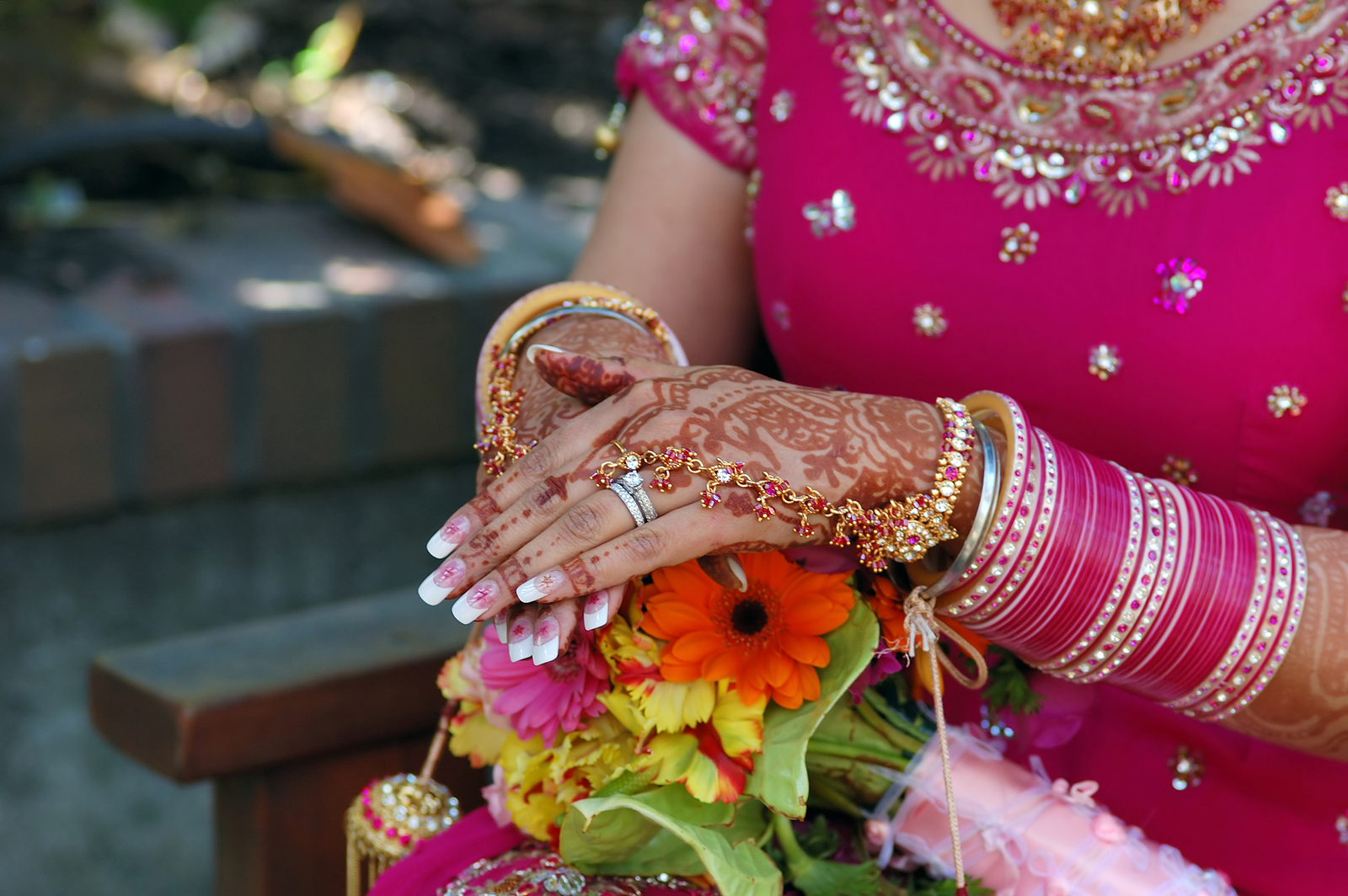 People chased us around the room to bring us food. At certain times we had 3 or 4 different plates of food in hand (which had been brought to us different people). We juggled so they do not fall to the floor. But nevertheless they kept bringing us more. We were full, but we did not want to be discourteous. We ate mango ice cream, with a portion of fruit and some balls of potato with sauce plus a glass of soda, all together and at the same time. People greeted us and immediately asked us if we had eaten. Although we said yes, we were full, something they bought or ordered us to bring. Even the waiters were warned that they should be vigilant that we do not run out of drinks. In addition to the tent with the different food stalls there was a space for tables and chairs. They were not the famous tables assigned to which we were accustomed, but they were long tables for about 20 or 30 people. People sat down in batches and they served what would be the main course. All we had eaten were just the appetizers or the desserts. 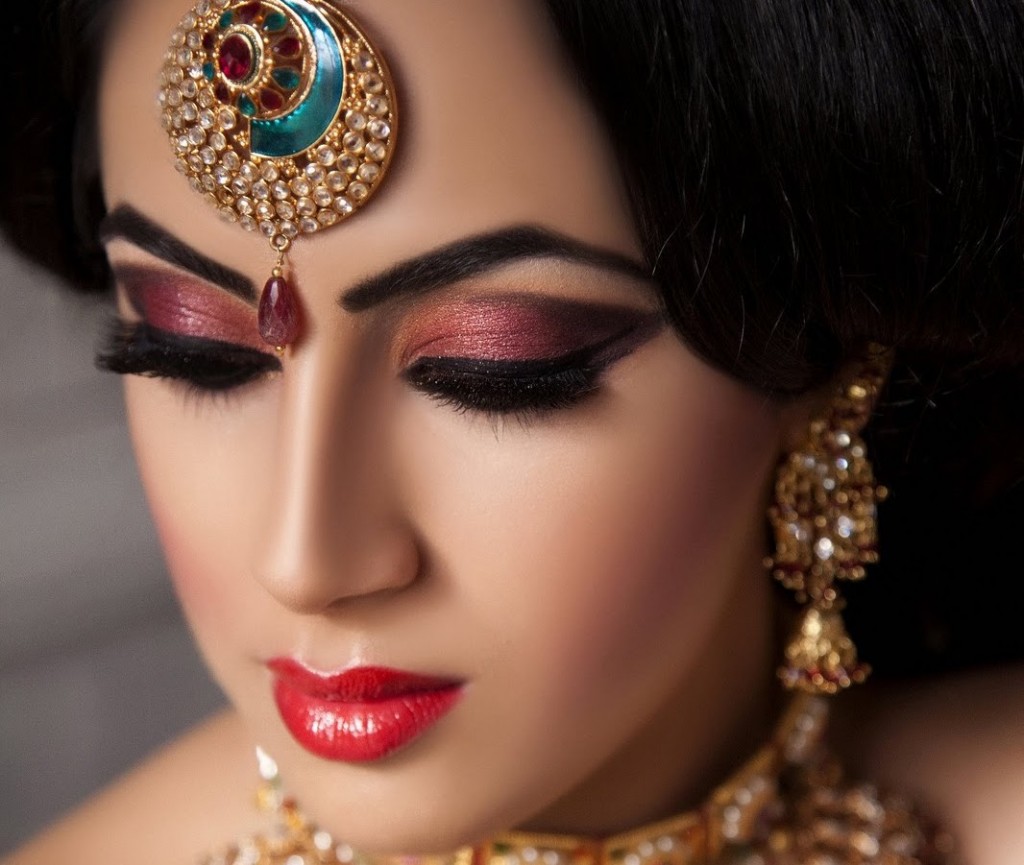 After wandering among tables, guests and food dishes we realized that people, as they were eating, were approaching the podium where the ceremony would take place. Once in that sector ,they did not offer us more food. There the musicians rested.

We kept being social when we see that the musicians go towards the door of the property. The bride was about to enter. With camera in hand and with background music, the bride entered the room escorted by two more women and some children (perhaps her sisters and nephews). The brightness of her face and clothes dazzled. She wore a beautiful sari with all hand embroidered, many rings, bracelets and the typical henna drawings on her hands and feet. We seemed to gawk at her. And, she smiled inside, looked out of the corner of her eye. We could tell she was nervous, that all our looks made her uncomfortable. We remained attentive to her and the situation. We looked at her and we thought it would go through her head. Would she want to get married?

Walking with her and the musicians we approached the podium where the groom (who seemed to double in age) was waiting for her. They greet each other and place some necklaces with natural flowers as a symbol of mutual acceptance. Then they sit in an armchair that until that moment had been the setting for all the children at the party. This will remain for hours while all the guests of the party pass one by one to take a picture with them. 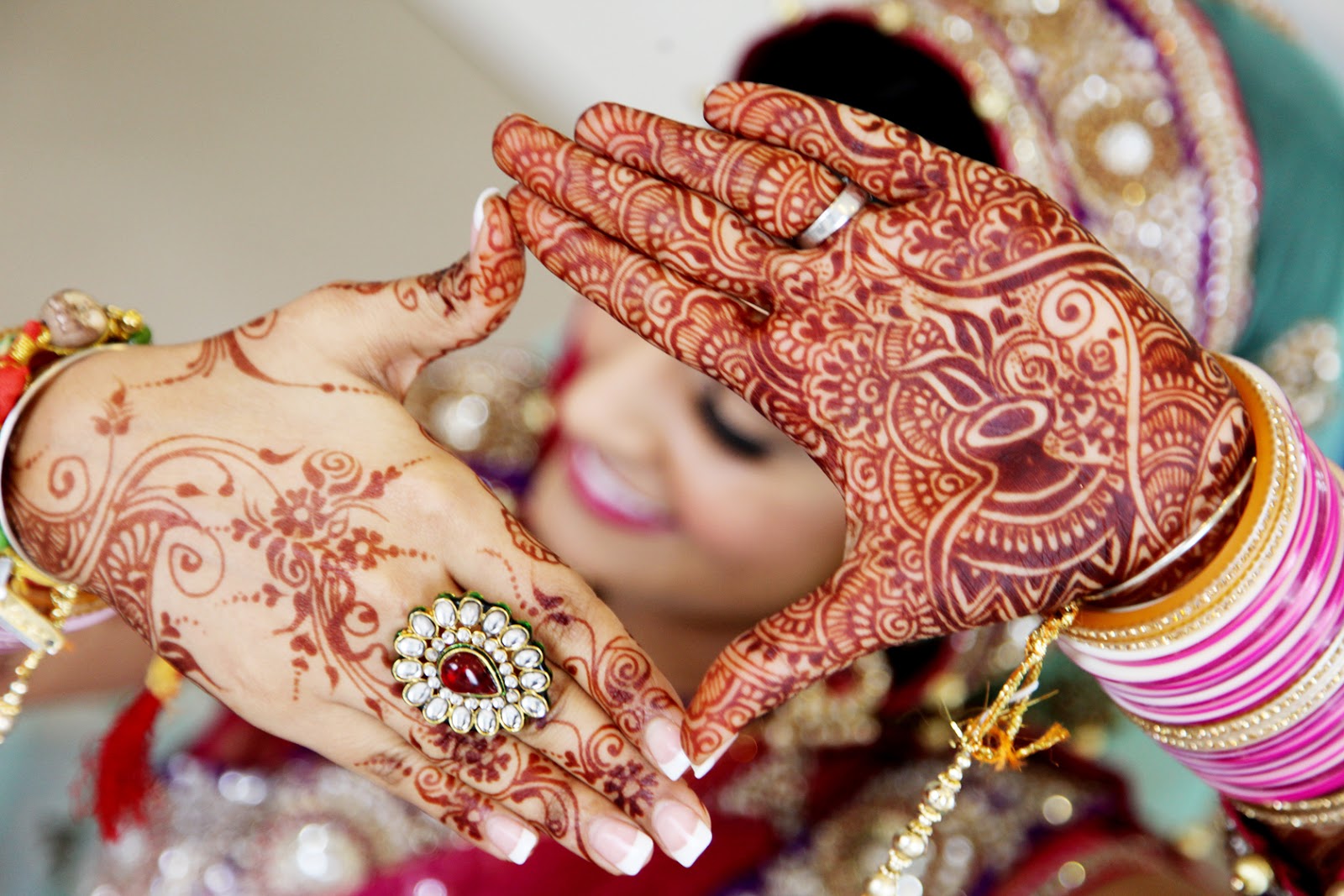 It would be ten o'clock at night and everything was the same. People ate and the couple were smiling for the photos. We kept being social. The nephews of the groom (three brothers of our age) were our accomplices in the party. With them we chatted and asked them those questions that we had in mind. But we were tired. That day we had got up at 4:30 to see the sunrise at the Taj Mahal. Time passed and more than an hour was left for the ceremony. People were starting to leave. We too, the next day had train early in the morning.

Both the couple and us all ended that day tired but knowing that it was a unique and special day for different reasons.