After a wonderful evening at the rodeo, we leave Canada. Despite the late hour and fatigue, we all feel a great wave in the soul, leaving this wonderful country, where we were so well received. We think back to Tadoussac, the whales and the white bear in Quebec City and Montreal. We visualize amazing landscapes like Point Pelee and Kettle Point, and remember the amazing people we met on the way.

So to cheer us up, after we promised to return one day to Canada, we decided to spend this first night in the US Great Lakes area in Detroit in Michigan. Although we were close to it, we had not dared to cross the border. After a difficult passage at the customs (search of our car, fingerprints taken and payment of a fee), here we are in the USA.

US customs officials do not laugh. As we had not arrived by plane on the American territory, we had the same formalities as at the airport. Our hotel is not located in Detroit itself as we read in the travel guide that Detroit was not safe and the most dangerous city in the USA. It was not so much, since we were careful not to go to certain areas. Here Henry Ford revolutionized the automobile industry and the courageous Rosa Parks spent part of her life.

We reach our hotel in the suburbs of Detroit in Southfield and it is nice to be in front of a receptionist, who is smiling and pleasant. She told us the road to get to the center of Detroit and told us that we had to follow this road and that there would be no problem. We visited the waterfront district. At no time did we feel unsafe and Detroit is a pretty city with tourists, a city like the other US cities we visited.

We will not take advantage of all the opportunities of the establishment this Sunday. We programmed the visit of the Henri Ford Museum and the Greenfield village, and tonight we must be in Chicago in a typical roadside motel that we have seen in thousands of movies.

Why the Henry Ford Museum? Because it's the must-see museum in Detroit although there are many other very interesting ones. This museum does not only concern cars which everyone knows but also all industries in which Mr Ford participated. And God knows how he had a touch to everything.

We start with a little tour in downtown Detroit (we want to see the Windsor towers and say hello to Canadians). The baseball stadium is super impressive with its giant tigers at the entrance! We see that the economic crisis of this decade has left its mark. We do not count buildings and abandoned buildings or for sale, not to mention the abandoned factories. Even if things were getting better there was some damage.

This part of the city moved me a lot. It's a very strange atmosphere and it seems to be a little voyeur watching the decline and misery of others. But I still think it's important to see and be aware of the extent of the drama. It really hurts to see such beautiful homes in such a state and it is even more terrible to imagine the families who had to abandon them.

Currently, there is a lot of vacant lots between abandoned houses as many of them have been razed to prevent them from being used as squats. On the other hand, there is the city in reconstruction, where all things are done to renovate the buildings by respecting their architecture.

Although it is a ghost town, we must not exaggerate anyway, because even on early Sunday morning at 10 am, we see some people in the streets. There are still some beautiful buildings, certainly obviously older that we discover over the streets. We had a brunch of American food in the classic restaurant where the waitress fill our coffee at the tables next to the windows.

We then reach Greenfield, in the southern suburbs, and quickly notice that something unusual happens. It's the big party of the inventors, with all the weekend, in the museum but also in the gardens and usual car parks. We see hundreds of exhibition booths and experimentation, activities focused on engineering. Under a blazing sun we decide to start with the museum (air-conditioned).

So we visit the exhibition. We see Automobile in American life (being redeveloped) but the main cars are aligned. There are semi-recent or old presidential vehicles (such as the limousine of President Kennedy. We see car collections (quadricycle or Bugatti Royal type 41), and the bus in which Rosa Parks refused to give way to a white man.

We also discover some beautiful specimens of locomotives of unimaginable size. The locomotive Allegheny was one of the largest steam locomotives ever built as well as the one equipped with a snow plow nose.

We continue with Heroes of The Sky, the adventures of the first flights. We have an exceptional guide who obviously knows everything about aviation as he had to learn a whole of the history of the Air Force. And there is the story of the Wright brothers (who managed the first kilometer traveled with successful landing in 1903, in North Carolina).

We learn about Otto Lilenthal who wrote the principles of the Aerodynamics and Aeromodelling, in the late 1800s. We pass by Floyd Bennett, of Josephine Ford in the Arctic or aerial voltigeurs that we discover in the form of very interesting stagings. A model show us the evolution of the passenger space in a plane. We see the DC-3 Douglas of 1939 who traveled more than 19 million km and spent 83000 hours in the air, for almost 10 years!

A glance at Made in America, and we find entire windows of old objects that have gradually revolutionized everyday life. We see our first computer Amstrad, or the Mac, the first Game Boy. And here and there we see some amazing objects, not to say explosive. So much for the main exhibitions.

There is also Your place in time, and With liberty and justice for all, completely furnished exhibitions among which we did not linger. Regarding all the stands of the inventors, it would be much too long and uninteresting. Finally, we cannot walk and abandon the idea of ​​walking the streets of the famous Greenfield village.

It has the distinction of having preserved many homes and workshops intact as the beginning of the 19th century. It is really too hot at 40 degrees. So we head to the picnic area. At the end of the day, we went on a tour of Belle Isle from where we could admire the city from further afield. It is already late and we take the road to Chicago! I would describe it as a city full of parking spaces that is interesting, incomparable, different, lonely, rare, and gray but for us it was a unique experience. 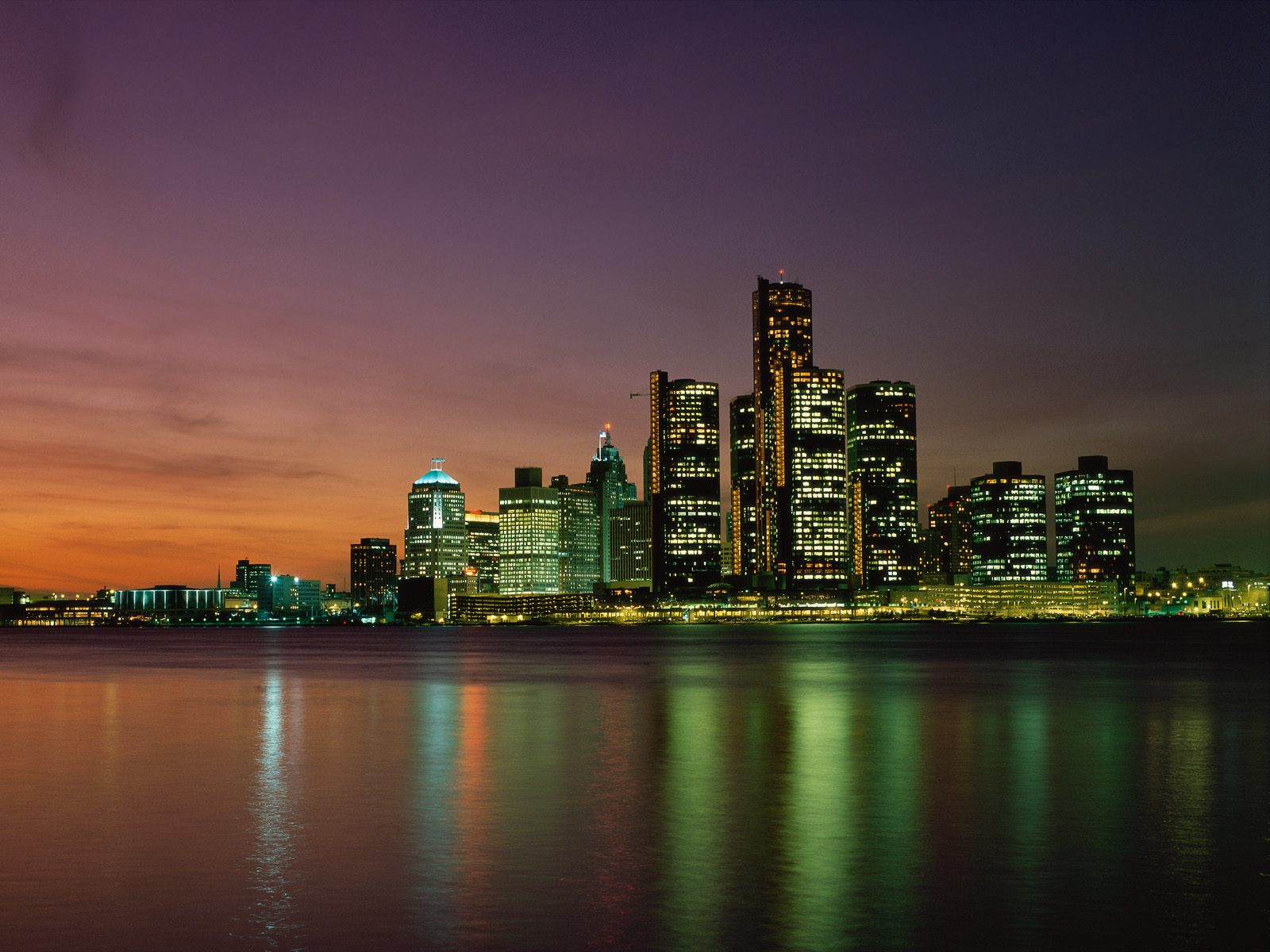