I decided to travel to Nagaland, a small Indian state on the border with Myanmar. I wanted to enjoy good air and a bit of nature. Also, what I had heard so far sounded very interesting. This is actually from the culture and language and the people are rather closer to Southeast Asia than India.

I go after changing several buses across Assam until it then no longer continued on the border with Nagaland. As it was Easter Sunday there was no means of transport. So for a few hours I stand around the pseudo border. While standing around the border, I got a first strange impression of the Nagaland.

First, everyone here wanted to tell me that I have to rent a jeep and also need a local guide to travel there. It was like that until a few months ago, but all the same, they kept saying it. Also that there is no public transport.

As luck would have it, then a jeep with tourists came by. I then stopped it right away and the wait came to an end. They like me, had the same destination. After a few minutes it was clear that I would travel with them for a few days. One of them is a tour guide and another a photographer and we got along very well.

We went into the Nagaland or in the land of Konyak. This tribe lives in the north of Nagaland directly on the border with Myanmar. Due to the proximity to the borders with Myanmar and China, there are many checkpoints of military and police on our way. Probably not so many tourists have come here alone.

After all, I'm not on the usual route to Nagaland, as most of them continue to travel south through the provincial capital. But I just want to go to the Konyak area, as it sounds the most interesting to me, so I chose this route as well.

The roads on our way are a disaster and so we need about 3 hours for 40-45 km. Also everything is accordingly dusty and we are properly shaken. I have been seeing India's medieval road construction methods here for a long time. Everywhere on the roadside, the women sit and with their small hammers break large stones into small stones, for the gravel for the road.

Actually, I've thought in recent years, this does not exist here anymore. At some point we arrive in Mon, the center of Konyak. Mon is beautifully situated on a hill or a ridge and offers beautiful views of the Konyakland.

Although I find the hotel completely overpriced for India and also for the food, but that should be everywhere in Nagaland. As a comparison, I paid about three times for a room and the food was even 4-5 times as expensive as in Delhi.

I get to know the fellow tourists here in the evening. Since I have a bottle of vodka with me, it's even faster, because they like to drink. So we sit around half the night and have a lot of fun. I got a few tips for the Konyak land on the way. Of course that's perfect for me, to have such nice people around me and then we are really mobile and I get where I want.

They do not want any money for the tour because they have already paid for everything and this is paid through the travel agency. We agree later that I at least give the driver a good tip.

The fellows are a few years older than me and really cool. They speak fluent Hindi. The photographer friend has been working for a couple of American agencies and has so much camera equipment I've never seen. Some locals should ultimately hate him for his obtrusive way of taking pictures. 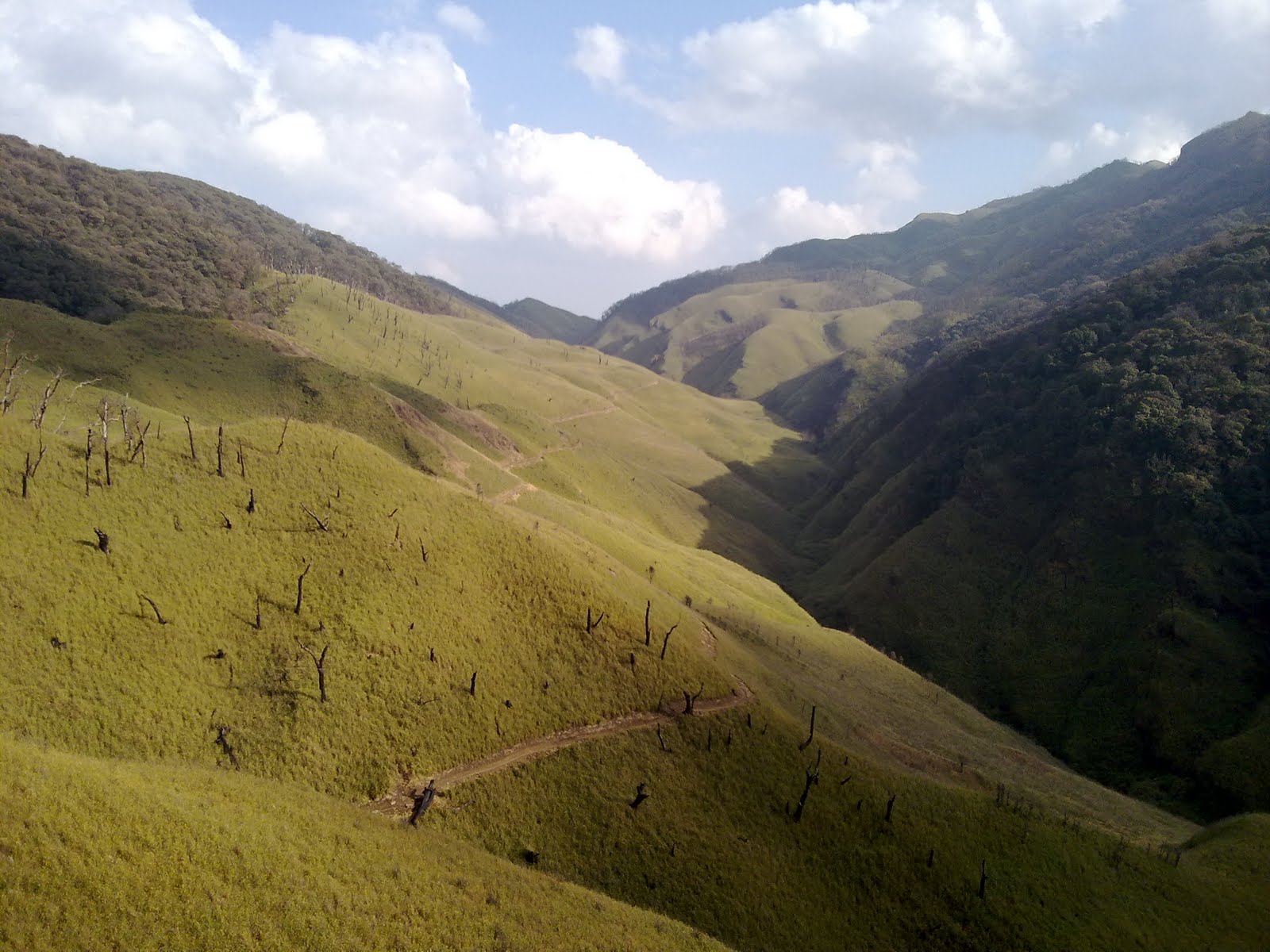 From Mon, we first went to smaller and very traditional villages. For this a local guide was organized, who was very helpful. As always, there were many checkpoints. As it turned out, they were looking for alcohol. This is banned throughout Nagaland and I was glad that I had bottled my vodka in water bottles.

I had actually only bottled for weight reasons but now it was twice as good. When I was later to experience here what is usually consumed, it was already a joke with the alcohol ban.

The villages usually looked really traditional, like a hundred years ago or so, if not everywhere in the middle of huge mobile masts would stand. In the villages, we always went first to the chief, whose house was mostly in the center of the village on a hill. After the chiefs allowed our visit, it was time to sit in his house and attend the usual opium sessions.

The huts of the chiefs were usually full of visitors and everyone was always only smoking, of course, only men of all ages. The houses here were full of animal skulls, and the human skulls were banished by the missionaries. The Konyak or all Naga tribes were notorious infamous headhunters until the 20th century. In addition, everything was full of wood carvings, weapons for hunting and various percussion instruments.

The people themselves or the elderly wear a lot of jewelry, are tattooed and carry huge horn or wooden pegs in their ears. Unfortunately, the younger ones do not continue this tradition beyond opium smoking. The faces of people are not Indian in themselves. We can see immediately that we are far away from the real India.

At the beginning I was very surprised about the consumption of opium and ganja here everywhere. But if you look at the geographical location, that explains much. We were almost in the Golden Triangle, not far away from Myanmar and China. The villages are still very independent, meaning that they produce almost everything themselves.

In Tamgnyu, a very traditional village, we visited the houses of a blacksmith, carpenters, potters and everything happens like a long time ago. They hunt, fish and farm a lot. But unfortunately only from the older generation. I think in 10 years everything will look very different.

Unfortunately, the Konyak and probably all the Naga people are like the ones in Indonesia who hunt and eat everything. So we can hardly see and hear any animals in this region. I have not seen any birds in the whole Konyakland. Also with the forest and jungle it looks similar and in a few years there will probably be no tree here.

I believe that they have forgotten to hunt sustainably or to operate agriculture. We can see well on the local markets, here you get exotic delicacies such as rats, frogs and dog meat. During our tour, I saw the photographer in action, when he stuck for hours the locals with the camera in the face. But he also paid for it and then it was okay. You also have to be born to be so pushy.

Our destination after visiting a few villages was Longwoa, a village right on the border with Myanmar. The chief here or his village is one of the most influential in the region. So many villages are also beyond the border in Myanmar to his dominion. Since there are no roads in this region of Myanmar, there is no real contact with Myanmar but only with India.

Whenever a visitor came, or he had something to decide, a short break was taken and then it went on. But he was always very open and hospitable. Here in Longwa we found a nice homestay, albeit too expensive as everywhere. 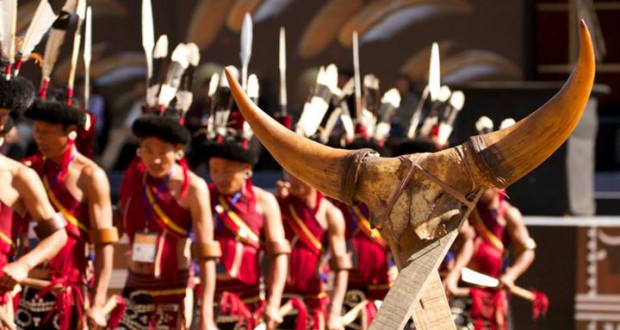 Our guide told a lot about the culture and we were never sure in which country we were moving. The landscape was great except for the unfortunately almost completely deforested forests. As soon as I was alone, without a guide, the behavior of the especially younger locals changed extremely. Now everyone wanted money for everything again, since every tourist only comes to earn money. So I left here with mixed feelings.

The trip back was exhausting again in a jeep. I sat in a total of 3 jeeps and later 3 buses should follow on my way to Guwahati or Kaziranga.