I hardly remember the flight to Jaipur on the occasion of Dussehra to see the Ramlila. On the plane, my traveling companion would be an Iranian girl. We started a conversation (we were traveling alone) and she asked me if it was my first time to New Delhi. I answered yes. She smiled at me and said this is my sixth time. Upon arrival at the airport, she came to say goodbye to me smiling and said Do you smell something? At the time I did not understand it but minutes later I would understand the concept.

As soon as I picked up my luggage, there was the owner of the local car agency with the driver that I decided to hire. I only had 10 days of vacation so it was the easiest way to move around. They received me with a big smile and as soon as he got to the car he put a nice wreath of flowers around my neck. When I went out, the smell of a mixture of heat, humidity, sand, spices, and flowers, came to me. I was in New Delhi.

As soon as we started, I was mesmerized, I could not blink. New Delhi seemed huge. It looked like any capital in the world except for the old vehicles and the people. They left me in my nice hotel to rest and still under shock, I kept thinking Oh, my God! What have I done! What am I doing here?

The next morning, and more awake, I kept thinking about what the bucket, the jug, and the small stool in my bathroom were for and watched from the balcony the infernal hubbub of the street. I began to see countless people parading in military suits and a traffic of madness. Yes, indeed I was in Delhi!

I went down to breakfast. The driver warned me that many of the places I would visit in Delhi would be closed so he proposed an alternative plan. It was to go and celebrate Dussehra with him and his family in Jaipur. Obviously, I accepted, delighted, with my eyes closed. New Delhi would be for another trip.

There we went. Inside the car, I felt protected and that was that everything was so different. I felt displaced. I was not able to blend in with my surroundings as in other trips. Besides it was impossible to go unnoticed! However, slowly, everything caught me. There was the chaos of the streets, the eternal brown dust that surrounded everything.

There were a lot of animals walking around. I see the striking colors of the saris, the very white and ironed shirts of men. They had their big smiles from ear to ear and a scary way of looking at your eyes. Those five hours of the car came to me wonderfully to continue assimilating everything that I surrounded.

I get in a hotel even more wonderful than the previous one. They hosted me in a wonderful old colonial house, a very cozy haveli, in which I started to feel like a prince. The havelis are traditional historical buildings. They usually have a central courtyard and are usually richly decorated.

The driver warned me that he will rest and that he would come looking for me at night for the festivities. I was not capable. Although I was still insecure, I had a crazy desire to go out and explore more. In the end, I have a shower and I began to observe the traffic and the children through the window, playing in the streets. 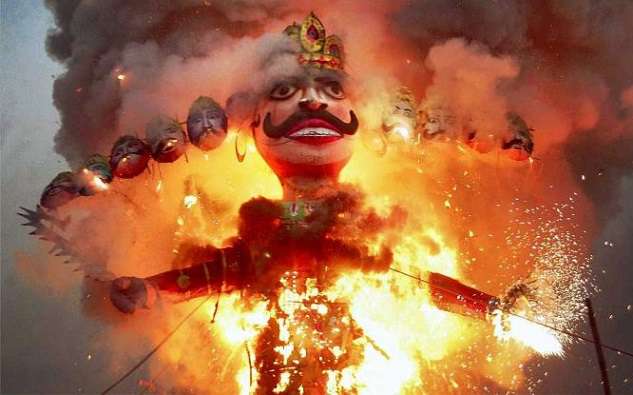 It is good in the morning and in the evening when temperatures fall to more reasonable levels, but during the day when it is 35-36 degrees, I cannot do anything. I would also like to go out. However, it is true that for the others here, accustomed to the heat, the worst of the summer has already passed and by now the heat of the day is more supportable! They look at me with a little bit of perplexity.

At the scheduled time, my kind host came to pick me up with a surprise. We would go to his house on a motorcycle! You can already imagine what adventure.

As you can imagine visiting the house was also an experience. Very proud, he told me that the two-story building had been built with his cousin who lived on the ground floor. He lived with his three children and his wife on the first floor but both families could communicate through a grate that was on the floor of the hall. They received me in a big way in their modest home. I was delighted to see how they prepared everything. The women were kneading the dough and preparing some naans for us. The children looked at me smiling and cheerful. I dined alone. The others would dine later.

After the wonderful dinner, and thanking the cook a thousand times, we went by car with about 10 children (cousins and children of neighbors joined us) to go see the festivities. The children surrounded me and started to take me from one place to another, very happy to show me everything and be able to show off me. They all kept taking pictures of me. First, they took me to temples and taught me the rituals. I basically imitated them. A few granites of rice to one, some flower petals to another and a drink of water in front of another.

As in any good festival, there were many street stalls. So the children and I went for a candy and once again the curiosity killed the cat and without thinking I risked trying everything. Then, I go to a huge esplanade where there was the typical neighborhood orchestra and some huge papier-mache statues that represented Rama. At 12 they would burn them.

The only fair attraction there was a car that circled on rails around a pivot but it seemed like no more to all those children who cheered and applauded everyone who climbed. During this period, I watch the representation of Ramlila, which is the battle between Rama and Ravana. This is the story of Rama, a prince forced into exile.

He finds love with Sita but has to face his rival Ravana. Rama and Sita are finally crowned, king and queen of Ayodhya. But Sita, accused by the people of being unfaithful, is dismissed. Rama forces her, then, to exile. Some time later, while regretting it, he asks her to pass a fire test to prove her fidelity but Sita, touched in her honor, refuses to the great despair of Rama.

Whew, what an adventure! After so many years, I went to see the ceremony of burning the Ravan and his brothers. There were huge cardboard puppets, full of fireworks and noisy crackers.

When the fire flared up and the combs burst, for a moment it seemed like hell. I was going to watch this ceremony as a child 35-40 years ago and then, I had seen it on TV a few times. Being there in the crowd, feeling the excitement of the people around, the stinging noise of the crackers, the peculiar smell of fireworks was very nice.

Rama burned Ravana and his brothers and everything became magical. I witness a parade of floats where the men dressed as their gods, wearing makeup in their sequined clothes, sit majestically on floats, accompanied by the music of the brass band that the crowd follows, in a a deluge of light that flashes in all directions.

It's magical, with the music, and images of colors. My first day and my first night were full of cultural insertion, with emotions and feelings on the surface. Now I was beginning to believe it. I was in Rajasthan and I knew I would never forget that trip.

The next morning, after that atypical night, it was time to visit Jaipur. After a full day of walking, I went early to rest and it is that the next day we would wait another four hours to Agra to complete the tour of the Golden Triangle.

The driver requested me that before leaving for Jaipur city he wanted to take me to dinner to a very special place. So it was! They took me to a little village lost outside. When we arrived, suddenly, we saw a huge caravan of cars and people queuing like crazy to get into an enclosure. That night in addition to tasting all of Rajasthan's local cuisine it would be even crazier than the previous one.

That place, which unfortunately I do not remember the name, was like a giant amusement park in which the locals paid a fixed entrance for dining and being able to access attractions of all kinds. There were camel or ox cart rides, a slide with an elephant helping you climb, several dance floors, snake charmers, magicians, puppets for children. It was totally amazing!

Brain Games that are Vitamins for the Brain

How to Calculate Travel Expenses