Flying over the Andes, I finished reading a book, which tells a story that takes place in Chile. Despite its title, Tierra del Fuego, it is not in that region where the action of the book takes place, but in the region of the lakes. Places like Llanquihue Lake, Osorno Volcano, or Valdivia, Puerto Montt, Valparaiso, are scenes of the vicissitudes of some German settlers.

They emigrated to these lands in the 19th century, after a difficult journey of months by boat through the Atlantic and the Pacific Ocean. They settled in Chilean lands, suffering countless hardships and conflicts in their relations with nature, with the Mapuches, and above all, with themselves.

Thinking about that, I stop complaining about how long the 13 hours we need in the 21st century to get to Chile. Repeating the experience of flying over the Andes is again impressive. Getting to Santiago is like giving continuity to the trip that ended here last year.

Strolling through the streets of Santiago last year, I bought a travel guide from southern Chile, a great companion in recent months to organize a very planned and very tight itinerary, even knowing that the weather was going to have the last word. That was no longer in my hands! At last we are here!

But the destination is not Santiago. We are only passing through to follow immediately towards Punta Arenas.
In the southernmost city of Chile we will start this tour through Tierra del Fuego, and Patagonia (Magallanes Region and Austral Route), with some incursions into Argentina.

With great pain of heart I had to discard some destinations, such as Ushuaia. There was no time for more. It remains for the next. Also spectacular is the journey from Santiago to Puerto Montt, flying parallel to the imposing Cordillera. The mountains diminish in height as we move towards the south, at the same time as the landscape increases in forests and greenery.

Further south of Puerto Montt we see the great spectacle of nature with snow-capped mountains that enclose lakes and fjords. We flew over the Northern Patagonian Ice Field, with huge glacier tongues sliding towards the lakes. From the air we see places that are completely inaccessible. It happens so fast that it is difficult to assimilate.

It is almost as if it had been a dream. And let's not say about the Southern Patagonian Ice Field where dozens of huge glaciers spread between the mountains. After many hours of travel, we finally landed in Punta Arenas. And now, with our feet on the ground, we start a new adventure through wild nature among mountains, rivers, lakes, fjords, glaciers, valleys, forests with nature in its maximum splendor.

Once we landed in Punta Arenas we took a bus directly from the airport that took us to Puerto Natales. After only 20 minutes of crossing, we arrived at Punta Delgada. This passage provides fuel, food and other supplies to both the Chilean and Argentine island. Argentina has no coast north of the Strait of Magellan, being forced to pass through Chile to cross by vehicle to the island.

I could not pass by without coming with a photo of the Punta Delgada lighthouse. We then approach the Otway penguin colony. My first experience with penguins, a few years ago, was quite disappointing. So, this time, I took it quite indifferently, and the truth is that it was quite satisfactory.

The little animals were quite animated and entertained us while running awkwardly towards their nests, towards the sea, plunging into the water, diving, going out and drying their wings. It was not the only fauna of the place. Some rheas were also running around. We reach Puerto Natales, the gateway to two National Parks of Torres del Paine and Bernardo O'Higgins.

We begin with a stop at the Cueva del Milodon, where it is believed that a giant sloth inhabited. It seems that here the legend mixes with reality. After that stop we enter the park itself. The first two stops were next to lakes Sarmiento and Nordenskjold, respectively.

In the third we had to walk a little to see the Salto Grande, from where we get a magnificent view of the Paine Grande. Then we made a stop on the way to eat at a beach bar next to Lake Pehoe, and from there we were able to photograph the famous Cuernos del Paine.

The last stop was to see Lake Gray, without a doubt the most spectacular of them all. In this lake the icebergs that break off the glaciers will melt and it is easy to see one floating. In that area there was a formidable wind, and apparently it is that way most of the time. We began to familiarize ourselves with the Austral parakeet, the mountain parrots.

Throughout the park we saw herds of guanaco, animals similar to the llamas that apparently spit. We also saw some fox. They say that in this park the weather conditions can change so fast that the four seasons of the year can occur in a single day. We were lucky and it was a sunny day and not very cold.

The Torres del Paine Park offers panoramic views and landscapes that we thought were a real sight to behold. Any adjective that we write would be too small to describe the immensity of that Park. We hope to return someday and devote the time it deserves.

On our return to Puerto Natales, we went to have dinner. We have something very typical of Chile with a sandwich called Barros Luco. We chose hot cheese and as we can add some more ingredients, we chose tomato and avocado. 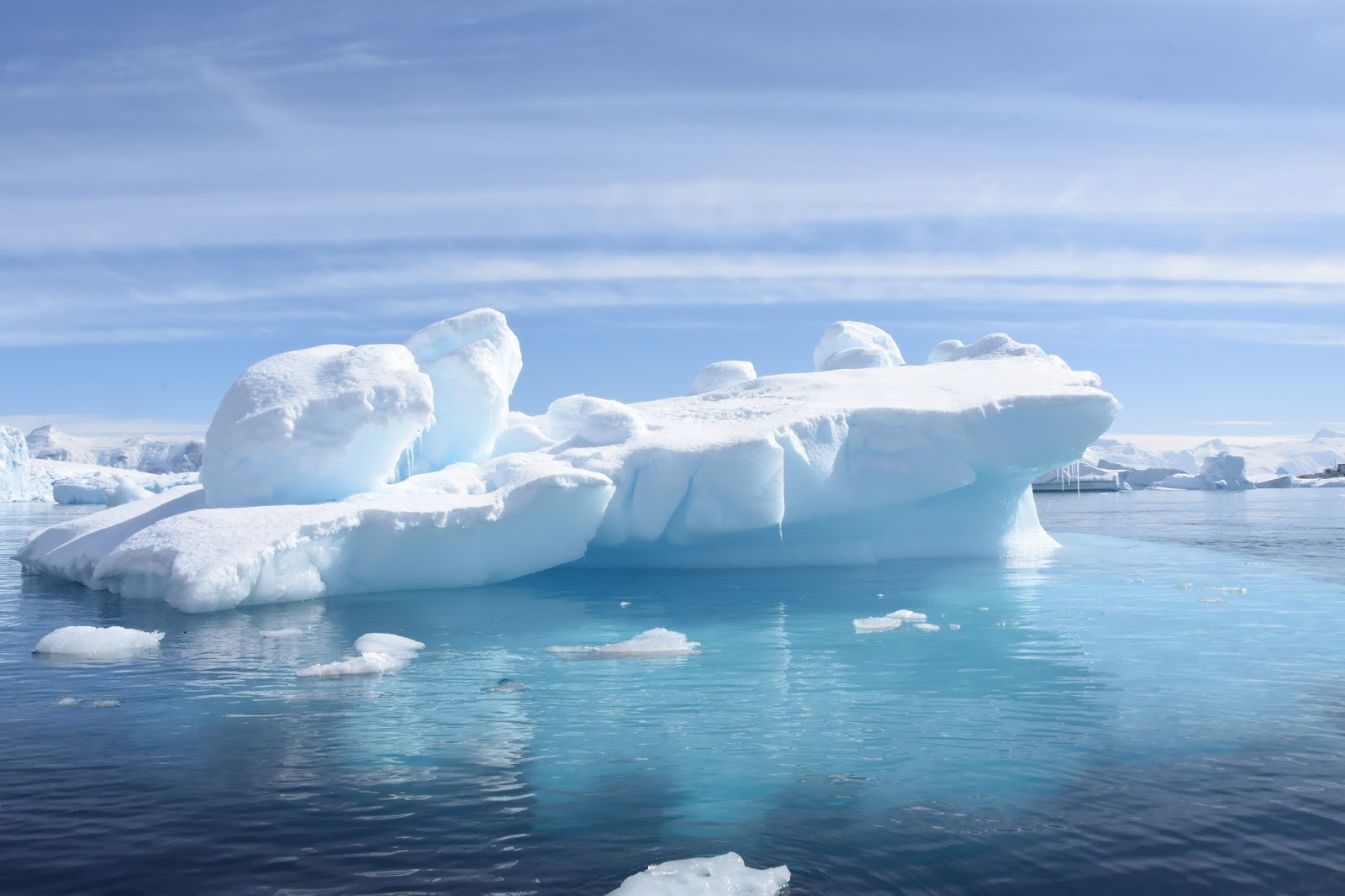 We take the pleasure of taking an hour to have breakfast. We went to the pier of Puerto Natales, where the catamaran was waiting for us in which we would make the excursion to Bernardo O'Higgins National Park. It is the largest national park in Chile, so we are only going to cover a very small part.

The excursion consisted of a boat ride to visit the Balmaceda and Serrano Glaciers. The day had dawned rainy and with many low clouds, but we hoped to be lucky and able to see the glaciers.

The only way to access that area is by sea and the Ultima Esperanza Sound. Throughout the journey to the Balmaceda Glacier we do not stop seeing small waterfalls everywhere. Despite the cool weather, the snow and ice were thawing. We see the Glacier from the ship, without descending, and, in spite of the clouds, we could see it.

As they told us, it was a glacier in clear retreat, like almost all the glaciers in the world. They say that the only one that does not do it is Perito Moreno, in Argentina. We were surprised by the extraordinarily blue color it had. Once we take the photos, the ship continued its march to the Serrano Glacier.

On this occasion we had to get off the boat and take a short walk to get to the glacier, as it was inside a small lagoon that the boat could not access. The fauna of the fjord is one of the attractions of navigation, like a colony of cormorants. Not so, the seal colony, which had left no trace, although we could see some condor flying.

The tongue of this glacier did reach the water and was quite spectacular. We did everything that is expected of an authentic tourist. We only allow ourselves a little mischief, leaving the trail for a while to go down to the lake and touch the floating icebergs.

The next stop was a typical estancia, a name given in the Southern Cone to places similar to the Mexican hacienda or the ranch of the American West. There we ate in a large community room, and then we headed back to Puerto Natales. On the way back they offered us a glass of pisco with millenary ice, which was already an old acquaintance of ours.

During the trip on the boat, we had the pleasure of talking to many people. We remember with special affection a French lady who has been living in Venezuela for a long time. She told us many interesting stories from South America, which she had covered, practically in its entirety. She told us that what she liked most about that vast continent was Chilean Patagonia and Peru. Since then we have included Peru in the list of future destinations.

On our return to Puerto Natales we went to have dinner at a steakhouse because we did not want to say goodbye to the south without trying the lamb roast. There they roast it in a very interesting way in the open, skewered in front of the fire. It was a spectacular dinner, with lamb roasted with a little salad, washed down with a magnificent Chilean wine.

With regret of not being able to spend more time in Patagonia, we took our plane back to Santiago to spend the Christmas Eve in Chile. For us it was a somewhat atypical dinner, as we are not used to spending Christmas Eve having dinner in short sleeves. 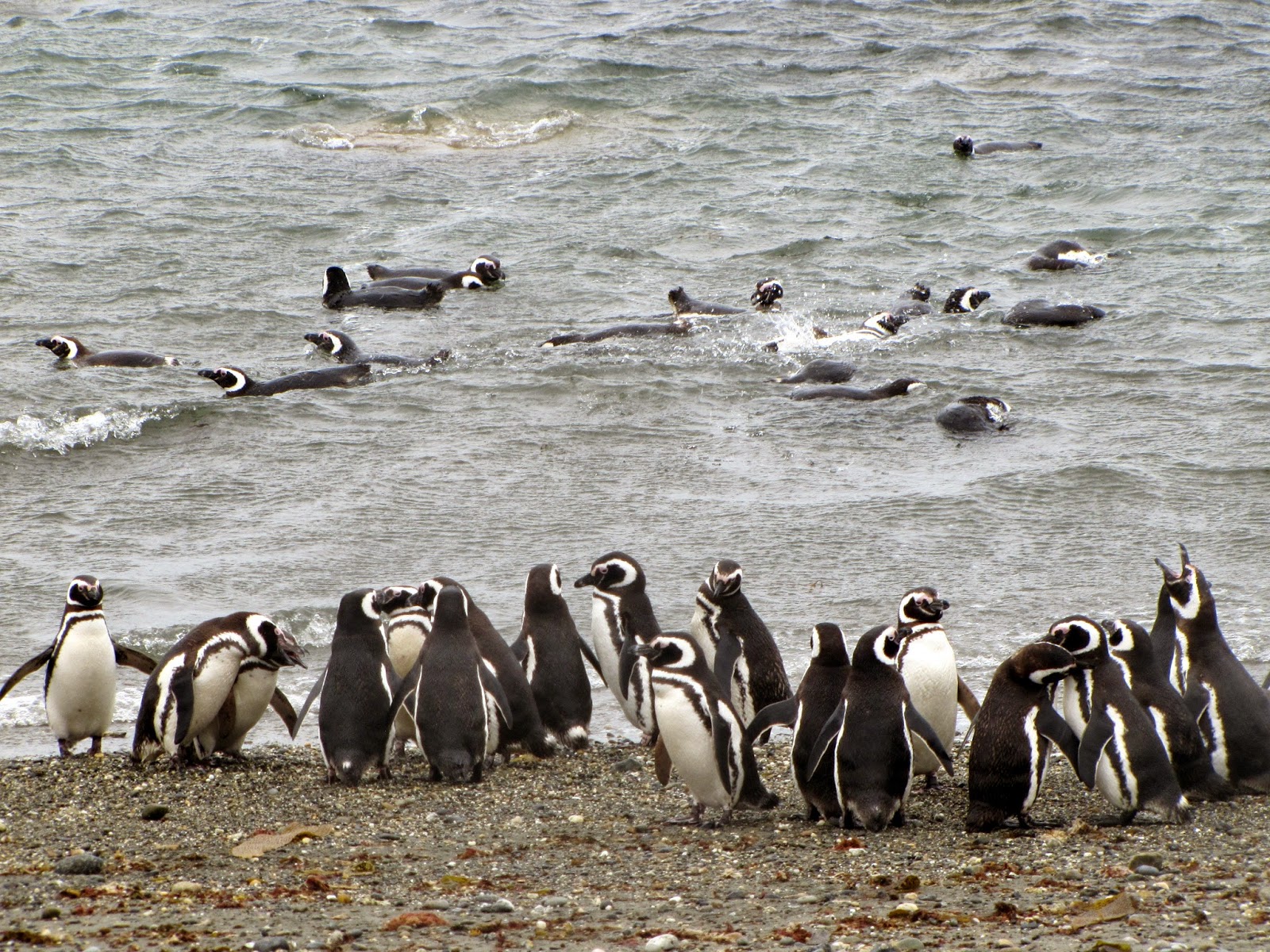