Today is Nochevieja in Spain or New Year's Eve. Here, for the last night of the year, the tradition is to eat 12 grapes at 12 midnight. The morning of this day we had anticipated, and so it was, to go to the Alcazar and then to the House of Pilate. We arrived early at the Alcazar, because I thought they opened at 9:00 but they did it at 9:30. As there was no one at that time we went around the neighborhood.

We had the chance to go through the very sevillian street of Rodrigo Caro, which we liked a lot and it allowed us to obtain very attractive frames of the Giralda. Finally the time came and we went to the Alcazar, which I had not done in my previous trips. It was an authentic wonder. If it were not because we wanted to go through the Casa de Pilatos we would have stayed there until they closed.

It is very justly a World Heritage Site together with the Cathedral and the General Archive of the Indies. We enter through the Puerta de los Leones and from there I understand that the Alcazar is not to tell but to enjoy it with our eyes. So I put some of the approaches that I liked, although to be fair I should dedicate almost a blog only for the Alcazar.

The gardens are also amazing. I'm going to personify it with the one I liked the most, that of the Mercury Pond, named for the figure in the fountain. Leaving that garden towards the cafeteria, on the right we go up to a gallery from which we see great views over several gardens. Peacocks of a beautiful blue color appeared next to the cafeteria.

It was getting late. We had been touring the compound for more than two hours, and as I said we wanted to go to the Casa de Pilatos. So with all the pain in our hearts we came out with the idea that, if only to return to the Alcazar, Seville is on the horizon for when we leave the undesirable those of the cuts.

The Pilate's House was not far away. What happens is that with the Alcazar syndrome on top, the palace is a beautiful synthesis of Gothic-Mudejar, Renaissance and Romantic styles. In this main courtyard is the sculpture of the goddess Minerva and the arcaded gallery.

I liked the Renaissance grille that connects the patio of the halt with the main patio. Of the paintings I was struck by this bearded woman by Jose de Ribera. The upper part of the house was guided and no photos were allowed. When leaving the Casa de Pilatos we went to eat to the Arenal and the best places were closed for being the 31 December. So we ended up at the bar.

After eating, we went to the bullring to take the guided tour. I have a double feeling with the bulls. I liked the art of Cuchares. On the other hand, I cannot stand an animal being mistreated and let's say that this is an art. Now I just wanted to see the Maestranza inside because I did not know it and I wanted to see that of the oval shape. It's pretty, although not as big as Las Ventas in Madrid.

A thousand memories came to my mind when I stepped on the lines, and I saw the door of toriles and the one of the Prince, where those who triumph leave. Then they took us to the museum. The idea was to take a walk through the neighborhood of Triana. I went to discover one of the best sevillan neighborhoods. It was December 31 in the afternoon and I knew that the various churches in the neighborhood would be closed.

Even so, I found it interesting to see the facades, as well as other attractions, leaving the interiors for another trip. Starting from the Puente de Triana, I entered the Plaza del Altozano where the first thing we see is a small chapel as tiny as it is attractive. Also there is the statue of the bullfighter Juan Belmonte, El Pasmo de Triana, looking towards the Maestranza, and with the Capilla Virgen del Carmen in the background.

Although he was born in the Sevillian Street Fair, he lived a great part of his life in Triana. One of those rare cases of bullfighters who end up committing suicide. The statue is very close to the house where he lived. Then I went by Iglesia de Santa Ana, which as I had read, its construction began back in the thirteenth century and is of cultural interest.

Its left side cover is the one that they say that best preserves its original appearance and my way of seeing things, the prettiest of all. On the way we pass through the luminous Chapel of the Mariners, with an immaculately white facade and the headquarters of the Brotherhood of Hope of Triana.

Returning to the bridge of Triana and entering the street Pottery, as its name indicates we came across several establishments dedicated to that trade. Although the most colorful and best-known pottery is in the street of San Jorge, Santa Ana ceramics and has now become a museum that is not yet open to the public

Following by Pottery we can see some neighborhood patios like this in the number 85, the nineteenth century. Also a plaque remembers that in that street Alfareria lived the glory of Andalusian art, Marife de Triana.

Crossing towards Calle Castilla we reach the farthest point of the promenade, the Basilica Del Patrocinio and returning to the beginning we pass through the Church of Our Lady O. Both have more symbolic value than architectural. Following this street, almost reaching the Puente de Triana, we find on one side the potter's monument, on whose pedestal, on all 4 sides there are inscriptions.

And on the other hand there is the Callejon de la Inquisicion, where those who were going to face the inquisitors in the nearby castle of San Jorge passed. Crossing the alley, without the fear of yesteryear, we reach the Paseo de la O, which runs along the banks of the Guadalquivir. Passing under the Triana Bridge we can get great views with the river in the foreground.

Going up some stairs we reach the Altozano square again, end of the walk. As we will see, Triana is more than just Betis Street. With them I went to the hotel for the New Year's Eve dinner. We had booked at the restaurant on Meson del Moro Street in Santa Cruz. And as we had done with time we were placed in the part where the Arab baths were in the 12th century.

I never would have thought that we would celebrate the passage from one year to the next in a frame like that. It is a great culmination to a great trip to a wonderful city. The only bad thing was that the next day we had to return. And the worst, without knowing when we could go back to travel the world but with the firm intention of not giving up. 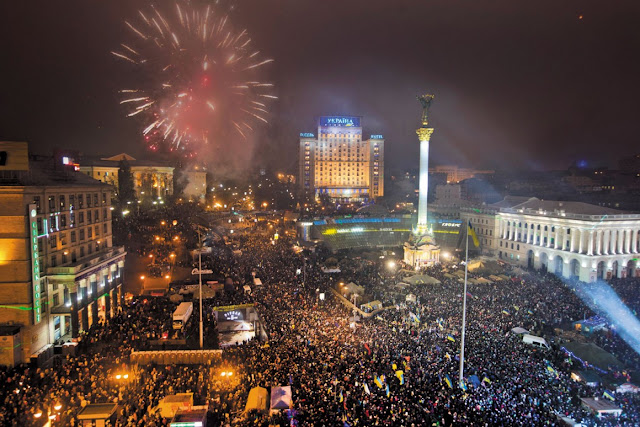 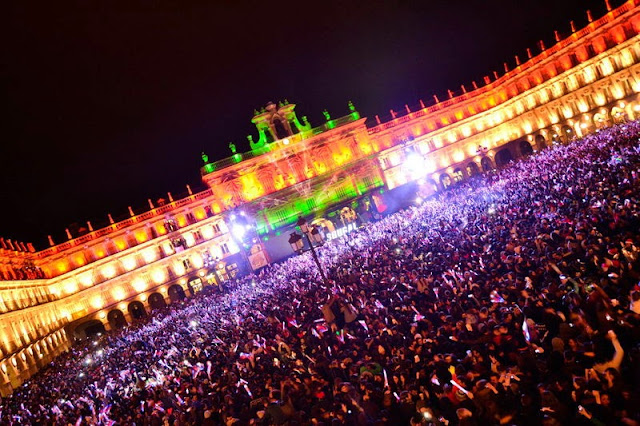