We woke up early and went down for a good breakfast, enjoying one of the great attractions of the trip, masala chai. In the morning I take an excursion to the elephant breeding center. We saw elephants of all ages, from 3 months, and we fed a 9-month-old. It is time to return to the Kathmandu valley. We all wanted to ride in a Nepalese truck, so I tried to convince a truck driver to take us. Our persuasive arts did not work.

We had to find a bus that went in that direction. It was quite full. Tomorrow we planned to see the Teej, the festival that we had seen so many times. We decided to go to sleep in Patan since we did not have the chance to enjoy that beautiful city because of the commitment to the Dakshinkali Temple. The truth is that I had doubted about whether to spend the night there.

I thought that having the hotel in this city would allow me to visit it quietly the next day at first hour. On the way we saw interesting scenes. We had to find a van that went in that direction. And unknowingly, we climbed into the van where the driver and the helper were drinking a drink that smelled of alcohol with the music at the top by a very narrow road full of curves on the mountain. We spent the way singing to have fun and alleviate the fear a little.

At the entrance to the town we find a chariot for a festival to the god of rain. We are at the beginning of the monsoon season, and it is raining. I wanted to go to visit some towns south of the capital. I told the hotel reception guy that I wanted to go to Kokhana, Kirtipur and Bungamati, and he told me that in those towns he would not find an architecture different from those seen in Kathmandu and Patan.

But he told me that if we wanted to see the real Nepal, the rural one, he could accompany me to a trip to a town where there were no temples or medieval architecture, and the houses were different. Great, I thought. Indeed, we went to a mountain (I do not remember the name, but it was on the road from Kirtipur to Dakshinkali and it was very interesting.

I not only saw beautiful landscapes, with mustard crops, but I also saw rural architecture, with houses made of brick, painted orange and with corn cobs drying in. In the night I stay in a B&B, an old restored house, located in a Buddhist courtyard. For dinner we have a nice soup, rice and the spectacular chicken curry. We went to sleep unconscious of the precious day that awaited us. One of the most spectacular days visually and emotionally, the Teej waited us. 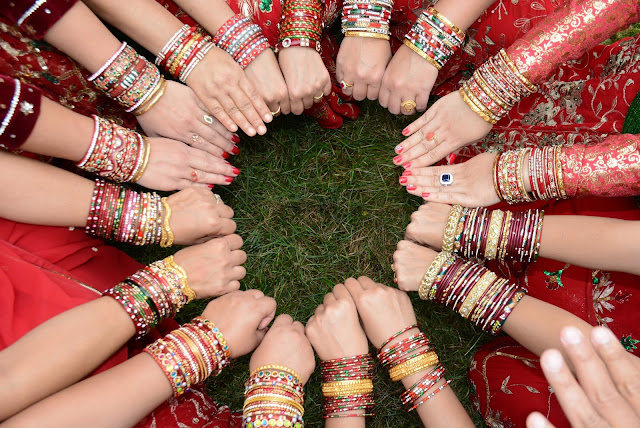 When I woke up, I looked out the window of the room. We have breakfast quickly to take advantage of the show to the fullest. The girls were incredibly beautiful wearing makeup, with their little gems and all dressed in beautiful red saris. They made long lines to enter to make offerings in the temples.

On this day celebrated few days after Janmashtami the parents of the married women send Sinjara to their daughters, which is a package that includes bindi, vermilion, henna, bracelets, sweets typical of the region and a sari. After accepting the gifts sent by their parents, the married women adorn themselves with mehndi and jewels and prepare to enjoy this auspicious day.

The atmosphere was lively. In all the congregations of women, there was one that sang and others that danced. Later we learned that those who wore red, were married women who danced so that their husbands had a long life. The hotel manager advised us to go to Pashupatinath to watch the festival up close.

The taxi driver who took us have no idea how to get to the temple, which was already surprising because it is a temple of great importance for both locals and tourists. Besides he was driving like crazy. After we asked several times for the correct address, we came close to the temple.

We took a long but beautiful walk to the temple. The atmosphere was spectacular. We see more beautiful women. We saw a group of boys. Suddenly, it began to pour. I sheltered under the umbrella of 2 friendly families who welcomed us while they continued watching as the girls danced. For the umpteenth time they invited us to dance with them.

This time we could not resist dancing in the rain in that beautiful temple. Under the friendly eyes of the locals, I started dancing under the shower. It was a magical moment! We also saw a group of temples with lingas, and as we go up some stairs, we can see the silver doors of the main temple (it is the one with the golden roof).

We can also cross the bridge and approach the door of the temple, and we see the bull and the people who enter the temple. I return to visit Durbar again, and reach the Golden Temple. We spent some time listening to the mantras recited in the temple. We see the Kumari, the living goddess, of course. Perhaps the most interesting thing was walking through its streets with thousands of temples, markets, courtyards, and statues and where an almost medieval type of life develops.

Then we went to Bhaktapur, where I would spend that night. The surprises, when we arrived, continued. I thought I would not see anything new, but I was wrong. Bhaktapur is perhaps the most beautiful of the three ancient city-states and although its Durbar is the most damaged by the earthquake, architecturally it is the most interesting.

Almost all the houses in the center are beautiful, but it is also pedestrian. The road is also paved in red brick and is a very elegant place at the same time authentic. We stopped at a store to eat a yogurt. The lady who sells the yoghurts asks us if we liked the Durbar Square. We say that we loved it and we see her illuminated face. She asks us to put it on Facebook and tell all our friends and family.

With everything, I did not visit it just when I arrived. I wanted to do a trek to take advantage of the sunlight. My idea was to go to Panauti to make the trip walking to Namobuddha, but it had been late and I had to go to a temple on a hill called Pilot Baba, which was close to the city.

The truth, was what most disappointed me of the trip was the gentleman of the B&B where I was staying. I thought it would be a bucolic place and it was a mountain full of crap. At least I saw how the Nepalese enjoyed a picnic and a party evening with mobile disco included. We took a stroll through the village, which is very quiet, with few bars and shops.

We have a beer over there (they are very large, with one for two people) a few bananas, some strawberry-filled cookies (a vice). We go for a little walk in the tranquility, and we have paratha and curry in a eatery and come back to the hotel to sleep early to see the sunrise tomorrow. 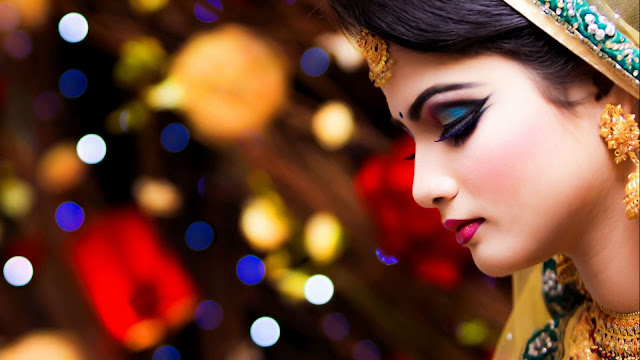