I head to Lata and see a dozen houses on the road to the border with Tibet. In fact its inhabitants spend most of the year in it. I see stone houses with wooden galleries painted blue. In an open-air courtyard framed by several of these houses I meet the head of the town. For forty years he has accompanied the expeditions through the mountains of the Nanda Devi massif as a guide or carrier, since this town, at 2,370 meters of altitude, is the starting point.

One of the most dangerous moments of the trek is to descend. After dinner and in total darkness, I go to the cabin with three cots, where I go to sleep soon. 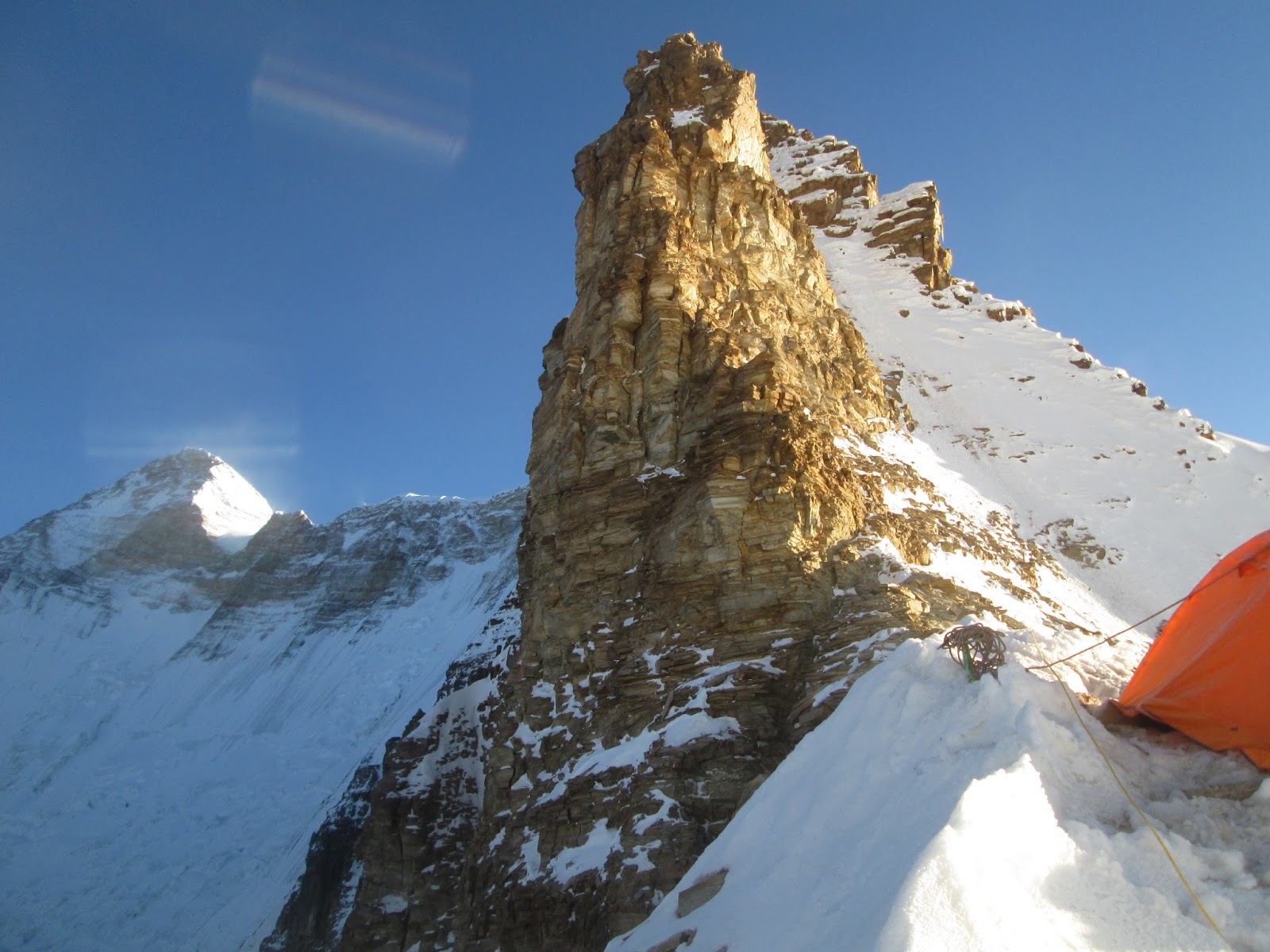 At 8:30 we started the march after a visit to the local temple, of course, dedicated to the goddess Nanda. We are accompanied by three young porters, a bit excessive I think, but then I will see that they carry a lot of food and weight. They want to treat me well. One acts as a cook. After an easy path through the beautiful forest of holm oaks, rhododendrons and conifers to start, it becomes steep.

The worst are the steps made of large stones to prevent erosion of the land with monsoon rains. However, I meet again my beloved mountains and enjoy the beauty, the loneliness and that sense of mystery that the great wild forests provide. I love the lights and shadows created by the solar rays, their deep silence and their unexpected and inscrutable sounds.

We arrived at the campsite shortly after 12 o'clock, after crossing a wide torrent over the stones. We could have arrived earlier but I stopped for a while with a couple of Belgians, who live in Laos, to exchange impressions. They tell me that they have not passed Lata Kharak and that the last hour of the climb had become very hard for them. They have not dared to reach the Dharansi pass as one of them has high blood pressure.

My team has placed the tent on a grassy promontory that protrudes from the hillside and offers a beautiful panorama over the river, almost a thousand meters below, the village and a wide semicircle of mountains. We settle into a half-collapsed hut of shepherds. I do breathing exercises.

I wake up at 6 in the morning. I do not leave the bag until 7 o'clock. They bring me breakfast with some scrambled eggs that I can not eat, cereals with milk, chapatis with jam and a couple of bananas. We left around 9. The ascent is hard although we continue through the forest. After a while I have to stop every 50 meters to take a breath.

The altitude begins to be noticed. We stopped for an hour to have lunch with chapatis and an individual juice carton. Shortly after 2 o'clock in the afternoon, after the innumerable zigs-zags of the road, we arrived at Lata Kharak at 3,800 m.

We stayed in a stupendous wooden cabin with four totally empty rooms, property of the Forest Department, located under the ridge just in the upper limit of the level of the forests. I lie down for an hour. I do my exercises! It seems that I am acclimating very well to the altitude.

Before dinner I talk to other trekkers, the other inhabitants along with their porters from the cabin. Only one has arrived with his guide to the Dharansi pass. The others have turned before the throats of Satkhula. They have seemed dangerous to them and they were tired. It's cold. I have a great soup with vegetables. I sleep fully dressed inside the jacket.

I make an excursion to a ridge, border of the outer sanctuary, from which one has a good panorama of this, of the deep throat of the Rishi Ganga in the background and of the peaks that surround it. For much of the stretch there is no road and we have to climb and descend rocks and stones, but it is an excellent exercise. In addition to the great views of the white snow peaks of the Bethartoli Himal, is the Trishul Peak. It takes about 5 hours to reach 4000 meters. We go back to sleep in the cabin. 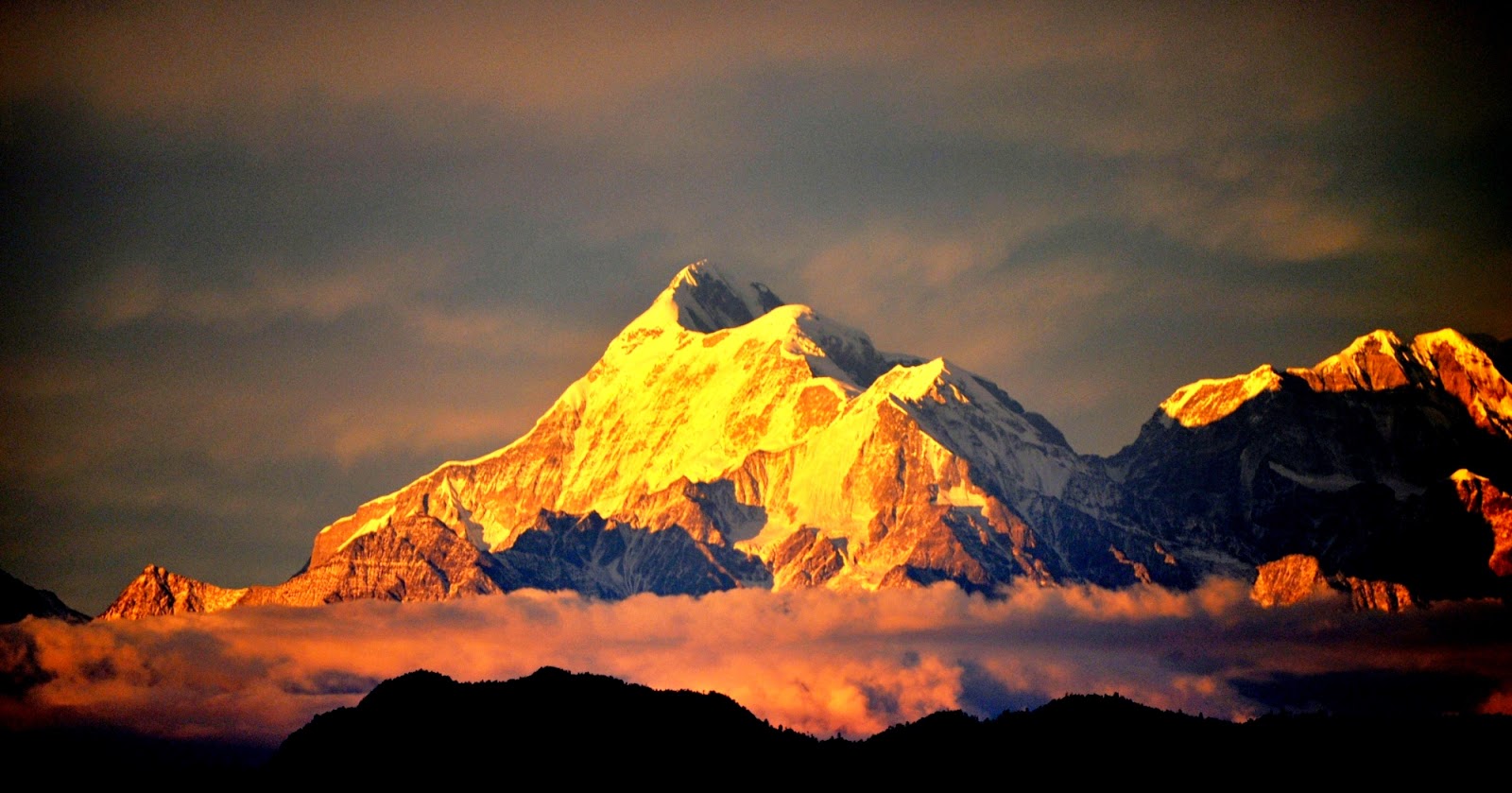 I had a memory far removed from reality. The forest is over and the path cuts through tall reddish grasses, boulders and rocks at the bias of the slope to the Jhandidar pass. We are, just like yesterday, in the middle of the mountain, alone with the sky and the snowy peaks. I photograph against the light, so that the sun makes its petals semi-transparent. The strange lotuses of the Himalayas and, also, the three porters on a crest with their silhouettes cut against the deep blue sky.

We stopped one hour at the pass to rest and eat. The Dunagiri to our left and the enigmatic Nanda Devi to the front see us at the end of the bleak landscape. The clouds begin, as every day, to embrace them. I breathe with relish. For the moment I hold. Tired but at ease. I have a thick and cold chapati, two half-cooked potatoes, nuts and a raw banana, because with this cold they do not ripen.

There begin the seven gorges of Satkhula. I did not remember them so unruly. About a kilometer, and almost two hours, we continuously go up and down between 4,500 and 4,600 meters crossing gleras, ascending rocks and saving steps on the precipices with slates of slate rock strategically placed by the shepherds of Lata.

I am aware of my limitations. I'm not going to jump from stone to stone like one of those blue goats, bharals, that have seen grazing when we climb. After the passage through the gorges, a long and gradual descent, again between tall weeds and scattered stones, leads us to the Dharansi pass. After 8 hours of effort, I'm exhausted. The sun and all the peaks have been hidden behind the clouds and these even close the bottom of the narrow valley. The landscape has become sad and the ardor of the morning has become a single desire, to reach that blue spot. The shop, which the porters have placed just before the ridge defines the passage. The mist rises and the evening sun heats my last steps.

After the usual tea, I sit at the door of the store. I enjoy the show and know that the most difficult thing has happened. The earth is now red, like the twilight sky. The silence here accompany the clouds from the distant valleys of the world, to take root and remain with its leafy glass while I wait for dinner, night and rest.

My plan is to go down to Dibrugheta, deep in the throat, and sleep in the cave. But, unfortunately, it is forbidden to camp inside the Reserve. The porters can stay here. I'm content to climb up to the ridge and photograph the surroundings. A spur in front of me covers a good part of the face of the Nanda Devi. But I feel full with being in front of the mountain of my dreams. I will never get closer! Who knows!

I think then I did not think much about my future, or anyone. Only present. A little more than a year ago I had left my job and not for a moment imagined that my new profession was going to be traveling the world with a camera and a pen.

It is after 9 when we are going to start the return. I think it will be a long trot to go back to Lata Kharak. I camp halfway. The porters can continue, as originally planned, to the Lata Kharak hut.

Again, after the first long climb, the hard crossing of the rough gorges of Satkhula, at times is wrapped in fog. After the passage of Jhandidar, as almost everything is descent, I decide to continue. Again, during the last two hours I have to stop, first every twenty minutes, then every ten. When I see the rocks crowned by orange flags that announce the cabin, something below, I feel a good time to say goodbye to the great mountains. I think aging is like climbing one of them.

At a stretch, we descent through the forest to the village and then to the highway. We are on top of a wall with the ground three meters below. Soon after we are in Joshimath. And I am happy, happy, proud of what has been done. I feel younger. Already down the forest I thought about my trekking next year. Or do I keep it for when I'm about to turn eighty?