I had a dream to spend the Advent somewhere in Central Europe, with its markets, gingerbread cookies and its Christmas atmosphere. The white Christmas was a fascination for me. It is then when the people gather to take glogg, hot spiced wine seasoned with almonds and raisins, served with cinnamon buns. Christmas stars and Advent candles decorate the windows of houses and offices giving cities a magical light.

The flight was overbooked and the people who wanted to check in directly at the airport had to stay on the ground waiting for another plane. They even offered us an economic reward for leaving our seat and waiting for the next flight. We rejected it because we had to take a train when we arrived in Frankfurt.

After a good flight (breakfast included) with Lufthansa, we arrived at Frankfurt airport around 11 in the morning. We pick up our bags and go directly to the train that takes us to the central station, the Hauptbahnhof. Our first hotel had an ideal location and the hotel was literally across the street.

We liked the place very much. The rooms are nothing to write home about but they are well sized and very clean. What we liked the most was the free Wi-Fi in the room, the free minibar (which had water, juices, beers and a small table next to the reception with coffee, milk and cake.

We put on our winter clothes before going to the station to take the train to Heidelberg that we had at 1:30 pm. What most struck me about the train platforms were the smoking areas that were delimited by lines painted on the floor. There were no walls or anything, only the lines of yellow paint. In spite of how ridiculous the measure seems, people followed it to the spirit.

The 50 minutes that the trip to Heidelberg lasts is pretty fast. Upon arrival we passed by the tourist office that is on leaving the station, where they gave us a map. They explained how to get to the center of town by bus and they confirmed that from 5 pm there was a Christmas show in the castle.

We arrived at the center after sharing the bus with about thirty little blond children who would go on a field trip. We started to explore the squares of the center. Although it was still day and there was no snow, we already lived the Christmas atmosphere in the small markets.

Here Christmas is not only visual, but also, and above all, olfactory. In the markets we can smell the many delights that can be found and it is impossible not to be hungry and want to try everything! After touring a couple of places, we find the famous Christmas shop that claims to be the largest in the world.

To get in there is to get into a magical Christmas world and that was also around Christmas. I imagine the shock that has to be entering that store in the middle of summer. Here are things and more ornaments, trees and literally thousands of objects spread over two floors. Almost everything went out of my budget.

We walk through the store trying not to throw anything. We already know that the one who breaks, pays. Then we continue on our way and we take the funicular to go up to the castle. The views of Heidelberg from above are very good. For us it had a special addition with Christmas at the Castle. It is a flea market that is placed next to the walls of the castle and opens only a few days before Advent.

We were lucky and while they were putting the posts we went to do the visit to the castle itself. The truth is that there is not much to see, but since the visit is included with the funicular it is good to take a walk inside. We see the huge Christmas tree placed in the courtyard, visit the pharmacy museum and then enjoy the views of the town from the top of its walls and battlements.

When leaving, the market was already open and in all its splendor. The curious thing about this market is that they are all white little stores that put an illumination with different colors that make it magical. After a purchase of artisan cookies we go back down in the funicular.

What we need is to see the atmosphere of the markets once and with lights and everything. So we do a similar route to when we arrived to see everything at night. We discovered some other place with an ice rink and more food stalls that smelled great.

At the end we got into a beautiful little store of handmade products where they sold everything from sauces to cookies. We bought some gingerbread cookies dipped in chocolate that were delicious! The first European gingerbread recipe was made by mixing almonds, stale breadcrumbs, rose water, molasses and ginger.

The resulting paste was cooked in wooden molds that, in general, represented everyday events and situations, famous people and religious figures of the time. Later the breadcrumbs would be substituted for the flour and the molasses for the sugar and the eggs would be incorporated, making a final product even more appetizing.

Legend has it that Queen Elizabeth I of England was the creator of the well-known gingerbread cookies in the shape of little men or gingerbread people who liked to entertain their guests at large receptions. Be that as it may, popular fairs adopted the recipe and popularized it. We conclude our visit to Heidelberg and go in search of the bus that will take us to the train to Frankfurt. 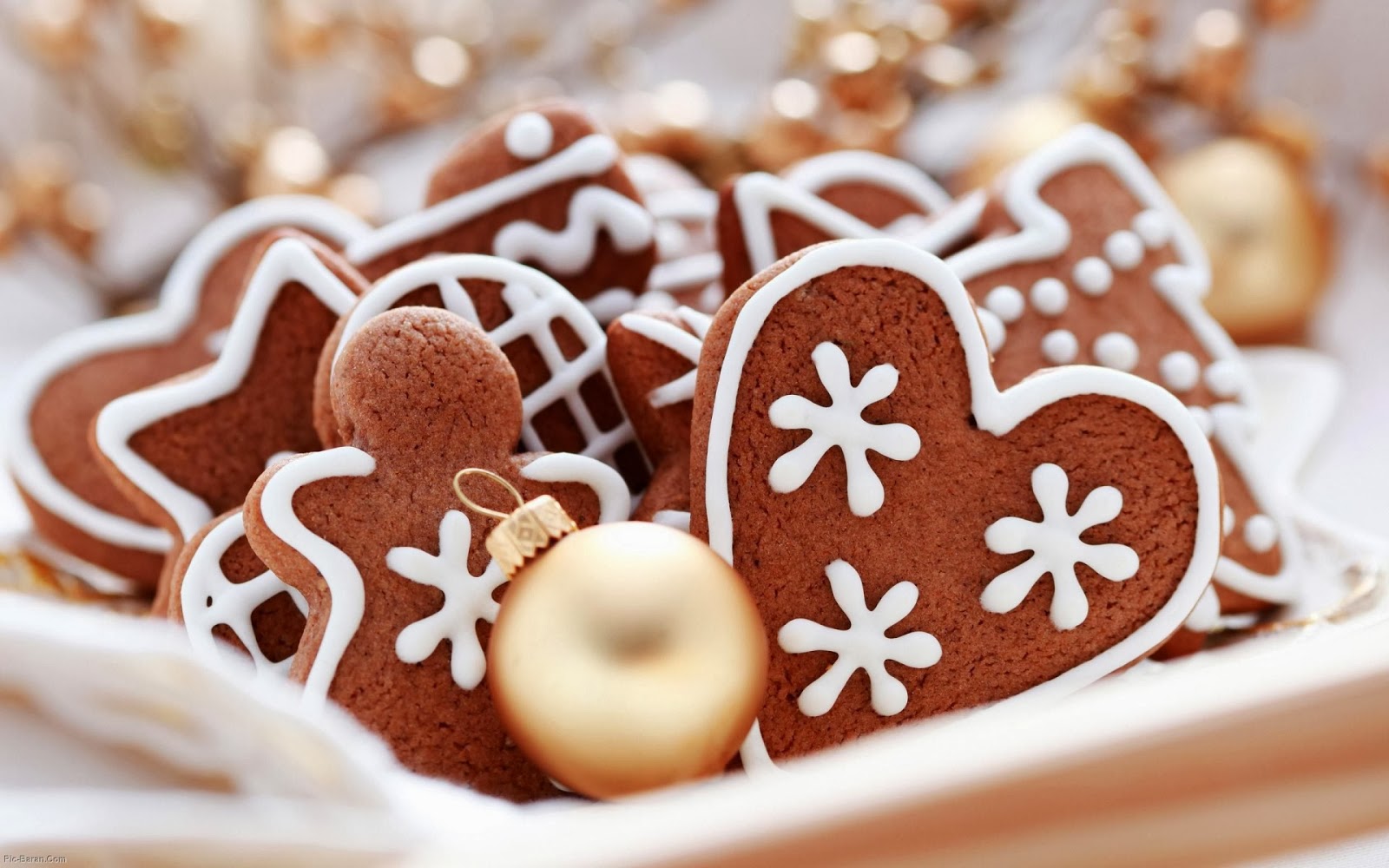 The gingerbread is a kind of biscuit or cookie, characterized by a distinctive ginger flavor and usually is used molasses to sweeten it. It is typical of the Christmas recipes of northern Europe, where the recipe was carried since the tenth century. Especially at this time, it is common to find biscuits cut in the form of heart, man or even home with the origin of the story of Hansel and Gretel.

The term derives from the Latin zingiber and the old french gingebras or the German word Lebkuchen or Pfefferkuchen. In some European countries they have different variants of this cookie, for example in French cuisine the pain d'épices is often translated as gingerbread, in Germany and Belgium are the spekulatius, which are biscuits in human form and in Poland are the very traditional toruńskie pierniki.

In Panama, similar cookies is made in the province of Chiriquí. This dessert is called yiyinbre and is prepared with ginger and molasses. Also in the country is a confection called quequi that among its ingredients can carry ginger, molasses and coconut.

The piernik is a spicy sweet, typical of Poland and Germany resembling mostaccioli. The piernik the most famous come from Toruń, the city of Copernicus in Poland and from Nuremberg and its history dates back to the Middle Ages, but the bread flour and honey was being used on the territory of Poland today since pre-Christian times, especially from the pagan rites.

In fact, honey has always symbolized health, prosperity and sweetness, in short, was a good omen and it was also an inexpensive ingredient unlike sugar.

Towards the end of 1300 developed the trade in spices from the East and the trade routes crossing Poland, and also touched Toruń to go to Gdańsk. At that time the mixture of flour and honey were added spices like cinnamon, ginger, cloves, star anise, cardamom and pepper. Each piernikarz jealously guarded its recipe. With these the piernik spices became a symbol of wealth. Just think that the dough for piernik was part of the dowry of a girl!

In fact people used to prepare the dough for the piernik on the child's birthday, and the dough was kept aside until the day of wedding, approximately for 18-20 years when it finally was baked. This speaks volumes about the conservation of the mix both cooked and raw, which is really long.

The production of piernik contributed much to the economic development of the city of Toruń, where until today are produced pierniczki. At Toruń' is also Żywe Muzeum Piernika, the interactive piernik museum, where you can participate in the preparation of the dough, forming and baking cookies. The Pepparkakor, in Swedish, also known as Peparkake and Pepperkake in Norwegian and Piparkakku in Finnish are spiced cookies, typical of Scandinavia but also famous in the other German speaking populations. They are traditionally a Christmas specialty.

Preheat oven to 180 degrees. Lightly grease the special mould surface on which to bake the gingerbread cookies.

Divide the dough and roll it out between two sheets of parchment paper to a height of 4 or 5 mm. Cover the dough with plastic wrap and Keep it in the refrigerator for at least two hours or even better overnight, or put it in the freezer for 15 or 20 minutes.

On a lightly floured surface, roll out the dough until it reaches a thickness of about half a centimeter. Take back the dough and cut it with special moulds shapes that you like suitably dusted with flour.

Place them on the baking sheet a few inches apart, and bake for 10 minutes, until they harden well. When cooked, remove the pan or mould from the oven and let cool thoroughly on a wire rack.

Now you can decorate with icing as you like, with the aid of a syringe and a little fantasy creating beautiful cookies to decorate your Christmas tree.