Today I will present you a gastronomic delight. Palak paneer is one of the most common vegetarian dishes and loved by the Indians and tourists. Palak Paneer is cheese accompanied by a sauce of spinach and masala. What is the masala? It is a set of spices such as anise, pepper, cinnamon, ginger, cardamom. There are so many "masalas" that each region has a particular combination of spices, so the cuisine of India is so great!

Palak paneer is a dish of Indian cuisine that besides being really exquisite despite appearances, is suitable for the most sensitive palates that have not yet become accustomed to the widespread use of spices that occurs in this country.

To talk about this dish we must first know what paneer is. As they say, each chef has his recipe. But for us to understand each other, we could define the paneer as a kind of fresh cheese made basically from milk curdled with lemon juice, and generally without salt. 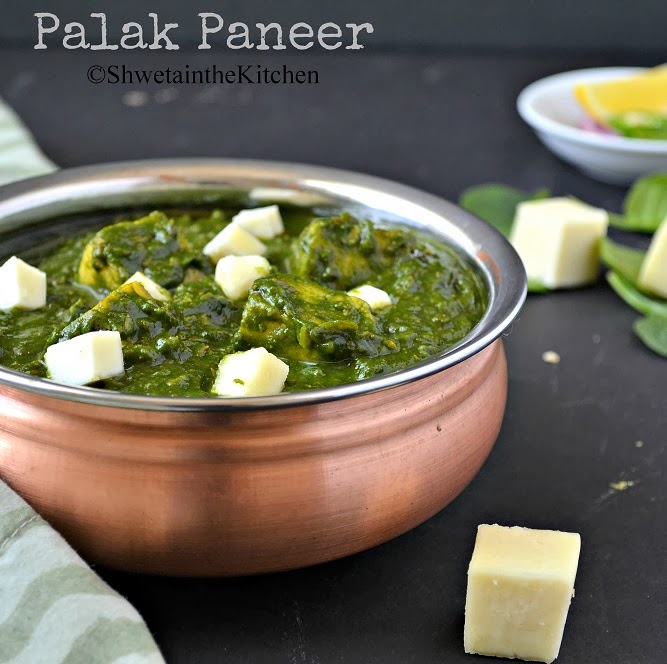 The consumption of paneer is very widespread in India. Because its high level of protein makes it the perfect complement in the vegetarian diet. Thus, we find the paneer as an ingredient in many dishes, such as pakoras, dosa, or salads.

At this point, it will not be very difficult to guess that palak paneer is a dish made primarily from this cheese. In this case cooked with spinach (in Hindi "palak", hence the name) in a pot over low heat. The result is a thick and soft sauce, in which the cubes are still distinguished. And which, like everything else in this country, is not eaten with rice, but always with the traditional roti or chapati by hand. Although the less skilled can take help of a spoon!

Be careful, because you will never taste two palak paneer the same as the way of preparation changes according to the cook. In many occasions, the palak paneer includes onion, ginger, and spices in its preparation. Although, as I say, the result is usually mild and not unpleasant for those who still cannot tolerate strong flavors.

Another similar dish, also with paneer as the main ingredient, is mattar paneer, which replaces spinach with peas. It is a very popular stew that you will also find in many thalis, although this time, yes, very spicy. An unmistakable flavor that will go straight to your palate!

Wash, cut and cook the spinach. Let cool and blend into a smooth paste.