When we consider going to the Maldives there are many doubts. There are too many islands to choose from and at the beginning we are very lost. Most are resorts in the hands of large international chains that are governed by their own standards.

Maafushi, Gulhi, Guraidhoo and Fulidhoo in the South atoll of Male or Huraa, Thulusdhoo or Dhiffushi in the North Atoll. They are examples of islands where backpacker tourism is changing with the time. They increasingly attracts families with children, couples and people traveling solo. 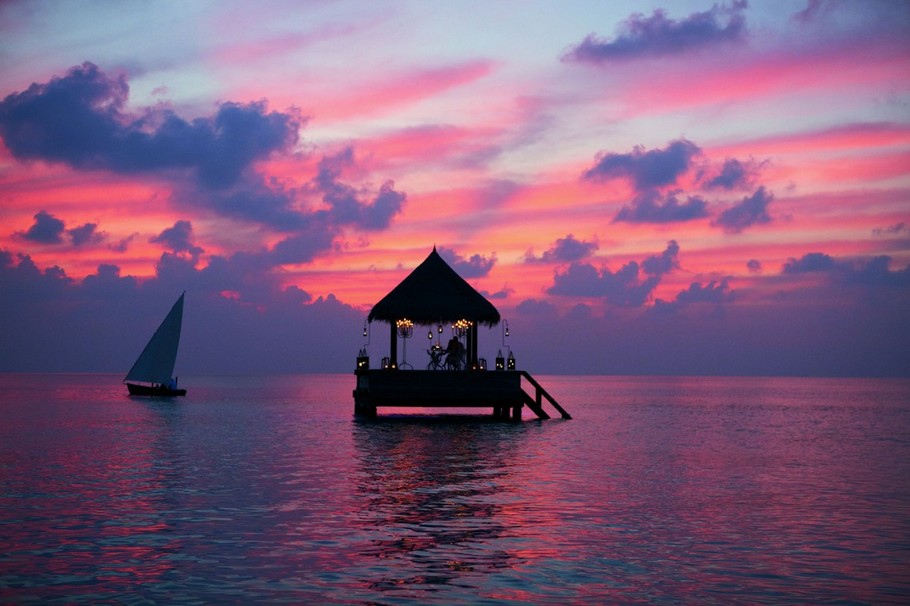 Our international flight via Sri Lanka from New Delhi, landed in Male around 10am. The flight to Male was very short. It was a pity it was cloudy and dusk, because we could barely see the atolls from the air. After passing the passport control, we proceeded to change money, because in the local islands, the services and purchases are better done in Rufiyaa.

With the money in our pocket, we went to the arrivals area in search of the hotel, that in its rate includes the pick up at the airport and the transfer to the hotel. The truth is that getting to Male from the airport does not have any mystery. It is about taking the only, and perfectly signposted ferry that crosses from the island of the Hulhumale airport.

It is always better to be received at the airport and be unconcerned of everything. The problem arose when we were going to leave the airport. The rain rages as we have rarely seen, a harbinger of the bad weather that awaited us in the Maldives. We had to wait for more than half an hour until the rain came down and the ferry service was restored. The transfer by boat to Male, barely 1 km, became eternal.

After leaving the suitcases, changing our wet clothes and resting for a while, we left the hotel for dinner. The first impression that we took of Male, was that of a city with a lot of life. We had dinner at a restaurant in the center of Male, and the truth is that it was not bad. There was a stand with pizzas, another of different warm breads, another with sushi, soups, and meats. In the center stands a large dhoni-shaped display to serve different preparations.

We get back at the hotel. It was too late and the trip had left us all exhausted. Upon arriving at our bungalow we were surprised by an arrangement on the bed with heart shape and flower petals. We slept early and at 12 o'clock at night I was awoken by a tremendous storm. 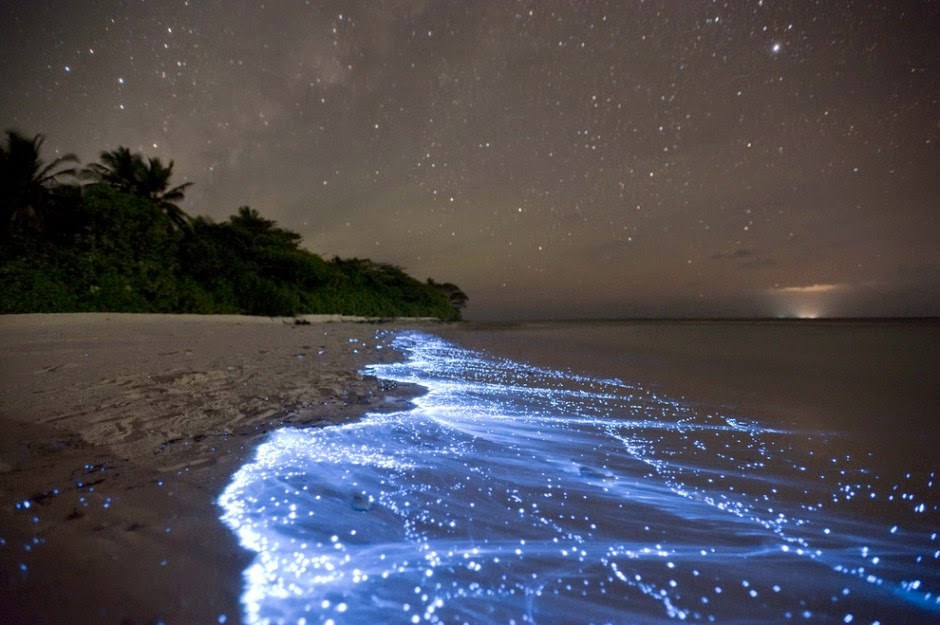 We sleep like logs. Around 06:30 dawns in the Maldives and with it our eyes opened looking at the horizon from our beds. We have never enjoyed sleeping as much as here. It was raining during the night and the day dawned cloudy. The bad weather forecasts that we had seen in previous days were being confirmed.

It seemed that, to our disgrace, the time during our stay in Maldives was not going to be as paradisiacal as we expected. As until 2:30 pm our ferry did not leave for Dhiffushi, we decided to dedicate the day to visit the city. Although we had read it did not have great attractions, it would surely give us to fill a morning and learn more about the local population.

In flip-flops and a swimsuit and a T-shirt we went to the breakfast buffet. At breakfast we meet a young couple. We have a strong breakfast with the omelet and hot chocolate with cereals, some pastries and fruit. We leave the suitcases at reception and go out to visit the city, starting with the nearby artificial beach of Male. It is nothing out of the world and cannot be compared with any of the idyllic beaches of the more than 1,100 islands that form the Maldivian archipelago.

We continue our way along the promenade towards the fish market, but not before stopping for a coffee. Before entering the famous fish market, we walked around the fruit and vegetable market in front of us. We bought a few bananas, and a candy based on sugar and coconut that they sell rolled as cigars. They also offered us a kind of very good tuna sauce, but we did not buy it, because despite the haggling it seemed too expensive.

From the fruit we went to the fish market, which should rather be called, the tuna market, because they only sell this fish, and of multiple sizes and qualities. It is interesting to see how they negotiate the price of tuna, and how they peel and dissect it, separating it according to the use.

We continue our walk to the nearby mosque. It is a pity that it is closed with works going on outside. The garden that surrounds it, the Sultan Park, is also closed and under construction. With the visit of the Mosque we terminate the walk, and return to the hotel to collect our bags and take a taxi to Villingili Pier, in the south west of the city.

The ticket office informs us that the local ferry with Dhiffushi has been temporarily canceled. Apparently, the ship traveled the day before to Dhiffushi, but it could not make the return trip in the morning. At first, they did not offer us any alternative. When we were looking for a hotel to spend another night in Male, one of the attendants of the terminal, told us that at 4:30 a ferry would leave, from the North Pier of the island.

The ferry that comes from the airport is a public speedboat that made the journey to the island. Knowing that there was an alternative, we set out to look for a taxi that would bring us back to the north pier. Suddenly, I saw a gentleman with a polo shirt in which we could see the logo of our hotel.

The man was there to take guests that day to the island on an alternative to the local ferry. They had planned a speedboat to move us to the island, along with two other couples, at 14:30. What had to have been a pleasant trip by sea in a brand new speedboat, became an authentic adventure.

As soon as we left the port, the rain began to come hard, which together with the strong swell and to the fact that the ship had hardly any roofed area, made the trip very hectic. I have to admit that, at times, even fear passes my mind watching the state of the sea.

After fifty minutes we reach the small island of Dhiffushi. To our amazement, there were people on the beach, bathing and enjoying the shower under the umbrellas. The fact is that the image of tourists bathing in the rain surprised us at first. That same afternoon, as soon as we left our luggage at the hotel, we put on our swimwear and went out for our first swim in the sea, even though at times it rained and it was almost dusk. After a beer at the bar we dined enjoying the Italian food we had that night.

For dinner, we went to the restaurant, where we ended up being charmed by the grilled tuna. The first impression of the island had not been as expected because of the weather. After the romantic walk along the shore of the beach listening to the splash we take shelter in our love cabin.

We went to bed that night with the hope that it would improve. The next day we had an excursion to discover the animals that hid in the depths of the sea. We were restless thinking about the encounter with the whale shark. It was one of the things we chose this island for. During the night the deep dreams took over us and took us in the middle of schools of fish to the seabed. 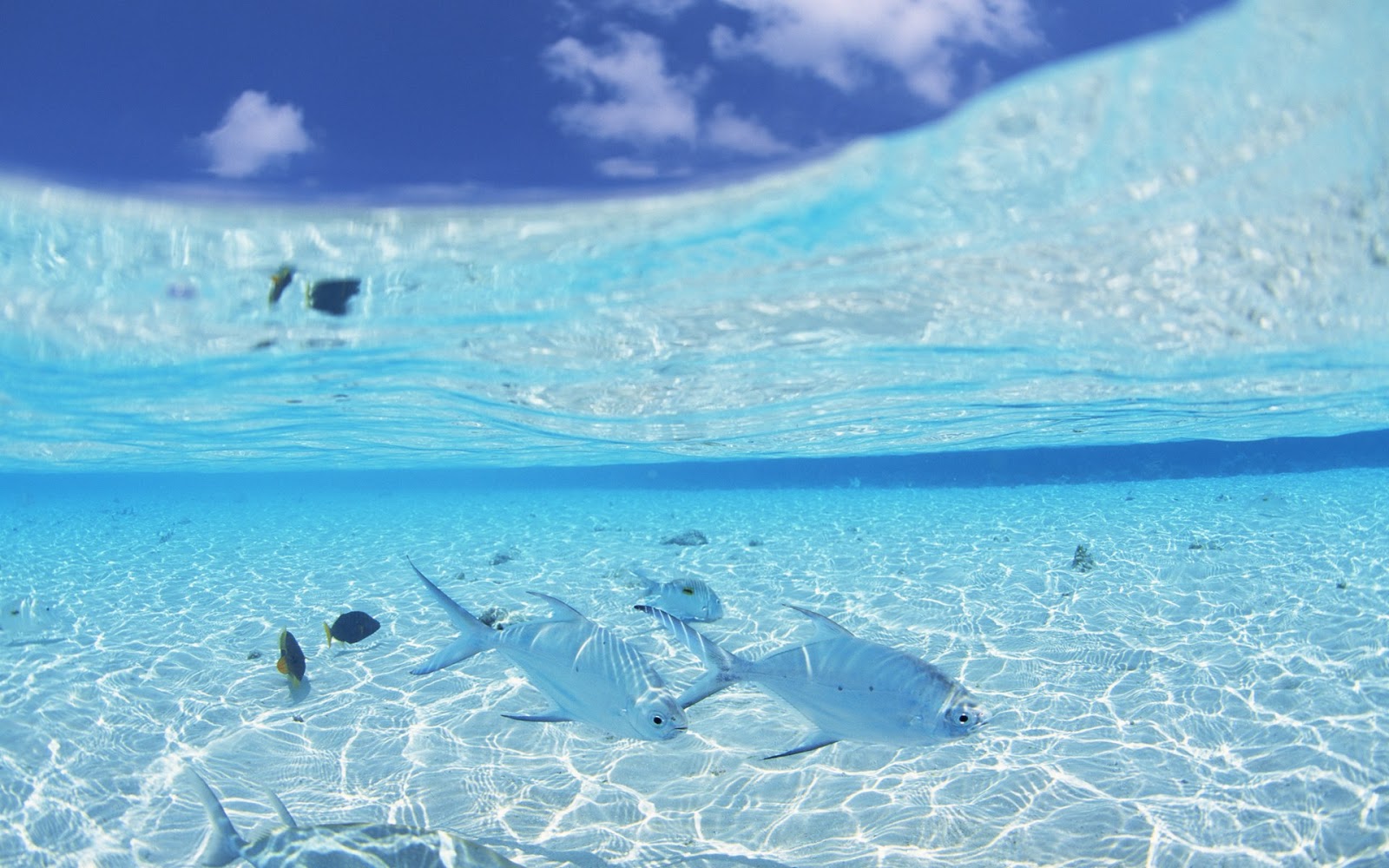 To make the most of the day, we decided to get up early that day. The previous night, we hired a snorkeling trip at our hotel for 9:00 in the morning. Since we had not been able to do the dive baptism, we could not say goodbye to the Maldives without at least doing a good snorkel. Until then, we prepare the suitcases, and breakfast quietly in the hotel restaurant.

We saying goodbye to the delicious Mashuni, the typical dish of the Maldivian breakfast. It is a spicy salad based on tuna, onion, coconut and chili, accompanied by a bread type roti accompaniment. The sweet touch of coconut mix perfectly with tuna.

As we had agreed, at 8:45 we were already ready with our swimwear on, waiting for them to come and pick us up for the snorkeling trip. The reception informs us that the hotel boat has gone out with other guests to make the excursion of the sandbank. We had to wait around two hours for it to return and start our excursion.

After the initial flush, we left the boat in the direction of a coral reef fifteen minutes west of the island. Once in the water, what we see under the sea is really impressive. There is a coral reef full of colorful fishes of many types and sizes. Some swim alone, and others in schools of fish.

Some are more than 50 specimens that, when we approach retreat in unison. We had to take turns doing the dives. One of the boys went out of his way to accompany us in search of sea turtles. We saw a turtle less than a foot from our face, and a stingray.

Exhausted from swimming, we returned to the Dhiffushi beach and returned to the bar. Here we spent the rest of the day, until at 2:00 pm we decided to eat something at the restaurant. After lunch, we return to the hotel to take shower, close our bags, and go out in search of our speedboat companions. The trip to Male this time is much more pleasant than when we came from Male.

Once at the airport, we spent the last Rufiyaas we had left, before falling down in the airplane seat. It had been a strenuous beach day. The flight back was somewhat longer, because of going in the opposite direction to the rotation of the earth. We had a great vacation. 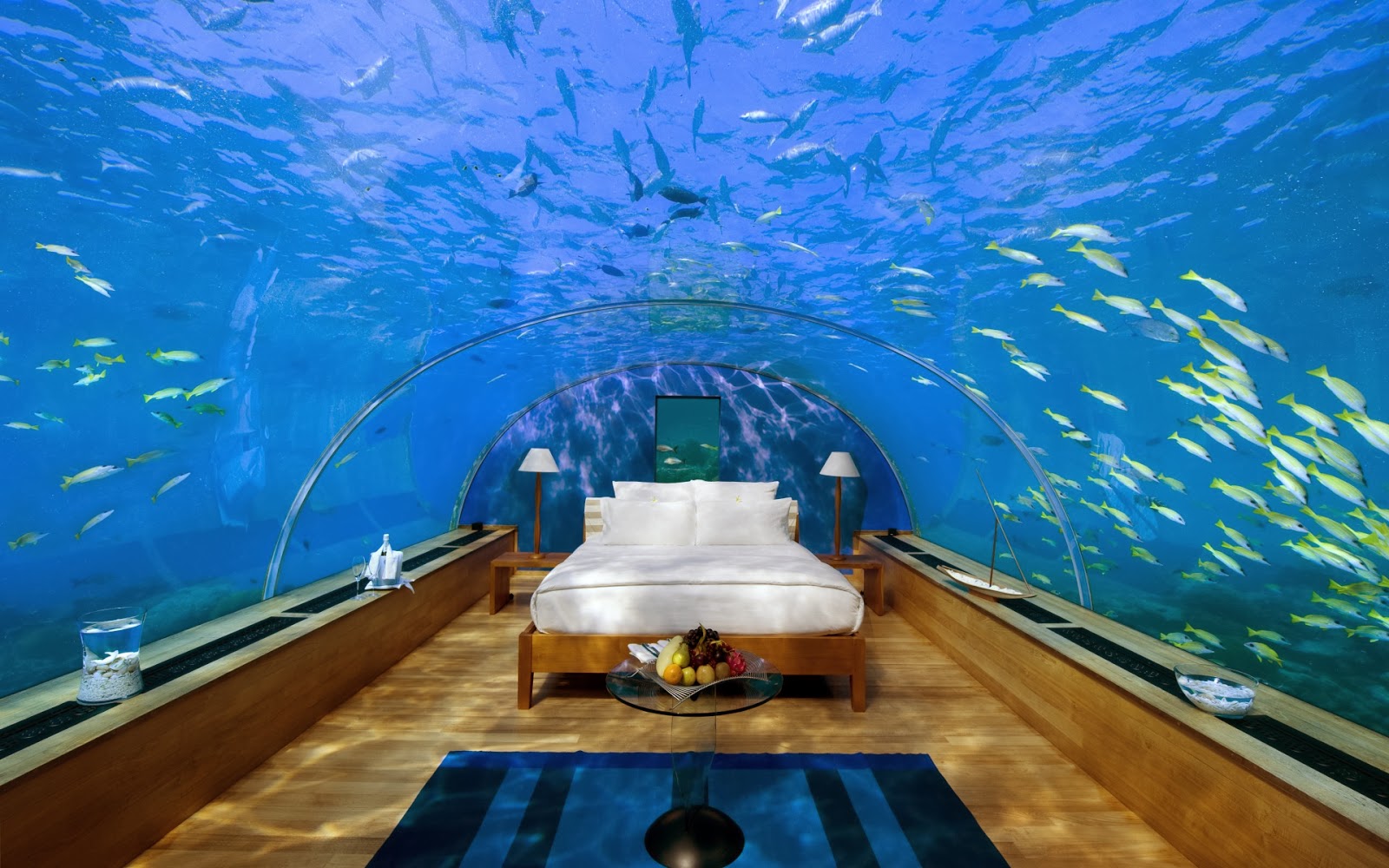 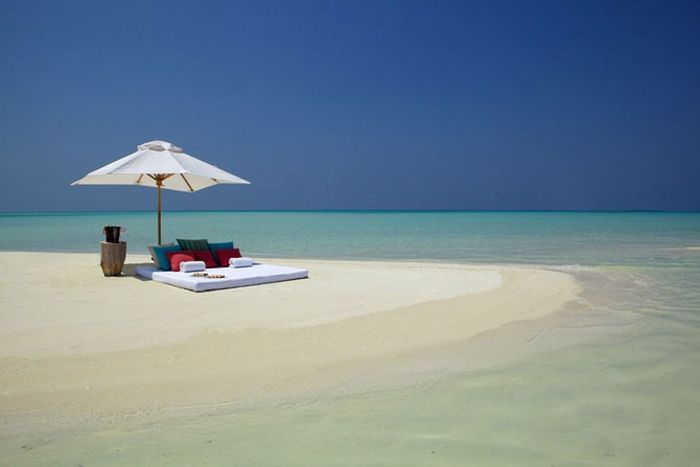