In the Himalayan mountains of Uttarakhand in India, the Chardham Yatra is a pilgrimage that leads to the sources of the Ganges and its tributaries. The itinerary brings together four sacred temples of Badrinath, Gangotri, Yamounotri, and Kedarnath. This trip offers to immerse completely in the universe of Shiva and other Parvati, in the shadow of the giant pillars of peaks bordering 7000 meters.

The Kedarnath Peak culminates in 6968 meters, the Sumeru Parbat at 6350 meters, and the Bharte Kunta at 6578 meters. If the origins of Char Dham seem obscure, this pilgrimage to the gates of heaven is usually between April and October.

The adventure begins in Gaurikund. We arrive here the night before, after driving a full day on more or less pleasant roads. From the Himalayan village of Gaurikund, begins the slow ascent of 17 km at 14000 meters of elevation to reach the 3,600 meters of altitude of Kedarnath. As soon as I leave Gaurikund, along the meandering path, I find a motley army of mules and donkeys.

Some pilgrims are very old while others from south India discover the Himalayan climate for the first time. Yet the path and the weather do not seem to scare anyone as all seem determined to complete the Chardham Yatra.

The trail advances to the peaks following the winding course of the Mandakini River. The Himalayan landscapes are grandiose. Along the way, several refreshment points offer pilgrims free meals with dal, rice and masala chai and must-have chapati. These invigorating breaks also make it possible to get to see the pilgrims.

Their colorful outfits are all worth a picture but to my surprise, my jacket and my hiking shoes too! This friendly contact makes it possible to forget the difficulties of the pilgrimage which promise themselves much more difficult than expected.

After long hours of walking, a last climb in laces finished me. All means are good to forget fatigue. I focus on my breathing, look at the feet of the person in front of me, count to one hundred and turn to see the path traveled, listen to music but nothing works. At this altitude, too much breathing turns to hyperventilation.

I have long since dropped and there is no longer the feet of anyone in front of me. The path seems interminable, and despite a capacity of 8 GB of music, now my iPod content annoys me. Finally arrived, I'm not at the end of my troubles as the floods have destroyed all hotels in the area. I spend the night in a tent in a military camp.

This night, the thermometer descend, under the tents, well below zero. The happiness of having arrived so far makes me forget everything else! 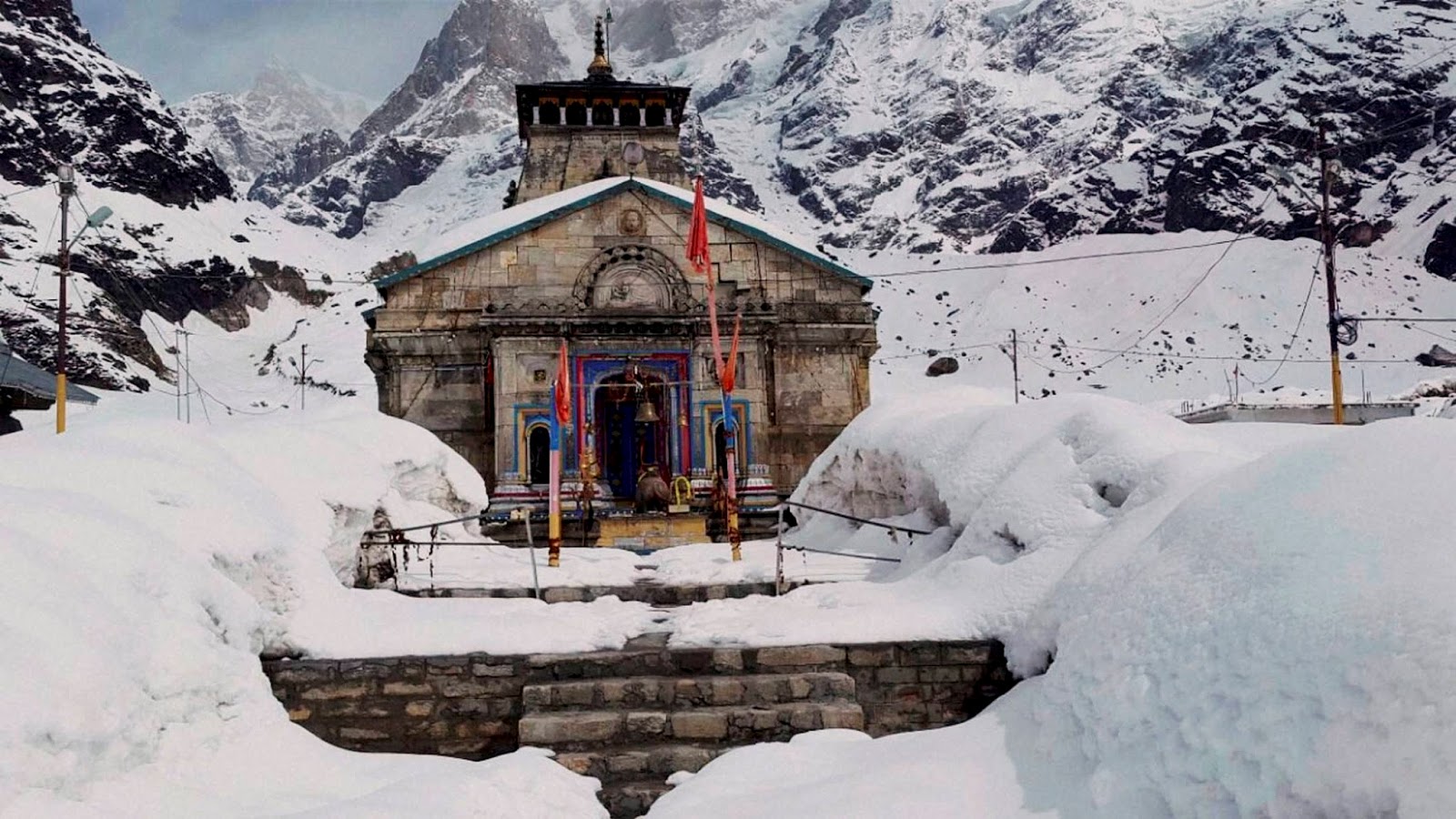 In the early morning, the landscape is magical. The sun tears clouds and mist, snow-capped peaks sparkle. I begin the last two kilometers necessary before reaching the Kedarnath temple. On the way, the usual namaste of pilgrims gave way to triumphant Jai bhole ki. An engine noise rises from the valley. It is a helicopter that will drop the well-off pilgrims near the village of Kedarnath.

The last kilometers of the trek are difficult. The path zigzags on the side of a wall rising almost vertically. We then open on a plateau swept by the winds. It is a large brown steppe strewn with snow. On the rocks are cairns. All around, the peaks form a natural circus composed of black and white peaks often veiled with a lace mist.

It is a wild and remote world, not made for the man. It is a world apart, of uncompromising austerity, reigns of heights and bitterness. Everything is raw and powerful, imperious and inflexible. All this clashes in my head still cradled by the breath of the ridges dominating the Sahastra Tal.

As the altitude increases, the earth gives way to snow. After a last series of laces, at the foot of the snowy mountains, appears the beautiful Kedarnath temple erected in the eighth century by the Adi Shankracharya.

As fierce and simple as the landscape that surrounds it it looks like a block of granite. Arriving in the village, the atmosphere is almost mystical. The loudspeakers broadcast prayers recited by a hypnotizing voice in a loop, while the temple seems to spring in the middle of a pile of ruins.

The whole village was devastated except for the sacred place. The pilgrims pray near the statue of Nandi, the bull mount of Shiva, before entering the small sanctuary which contains a lingam of the God. Next door, sadhus spend time in meditative moments to reach the moksha that is the culmination of their spiritual quest.

These hermits had to give up all the pleasures of life with the exception of one of marijuana. Around a tea and a big firecracker, a sadhu tells me about his existence freed from all material and emotional ties. Aged 75, it is now 30 years since he made the pilgrimage of Chardham Yatra. For those who doubt it, he willingly unrolls his impressive hair that he has not cut since he was sadhu.

People make offerings according to a whole ritual, depositing them on a rock marked with the footprint of Shiva. The other footprint is said to be in Pashupatinath in Nepal. Already, inside, the priests began the heady litany of prayers, relayed by loudspeakers of Om Namah Shivaya. Inside are the statues of the five Pandava brothers, the protagonists of the Mahabharata.

The best known of them, Arjuna, hero of the Bhagavad Gita, stands proudly beside Krishna, his instructor, and Draupadi, the wife of the five brothers. Inside the garbhagriha, a strange conical stone two meters wide and one meter high seems to rise from the depths of the earth. It symbolizes Kedarnath Mountain and Sadashiva, the three-headed Shiva.

The black walls of the temple are wet. The soil is cold. Polished by the years, heads of gods and animals seem both to spring from the stone and to sink into it. Wicks soaked in ghee burn in the alcoves. The heavy cast iron doors seem like those of the limbo. The air of the garbhagriha is full of steam. The faithful pour on the stone, in the form of a mountain peak, water from the hot Ganges.

The coldness of the rock transforms water into gas. In this nocturnal atmosphere, through this thick mist, we listen to the sound of conch shells, bells and mantras seeming produced by the gods themselves. The atmosphere is dark, strange, and timeless.