We have slept well because we were exhausted from the previous day. We get up early and go to Connaught Place to take the delhi metro at the Rajiv Chowk stop which is one of the main stops. The blue and yellow line goes to Qutub Minar, after about 13 stations. We bought a tourist card that allows us to make as many trips as we want.

The price of the tickets varies according to the route and they sell tokens that are chips that we have to return when leaving the metro. The metro is clean, with air conditioning. The bags are checked when entering. It is interesting that there is a coach that is only for women and children at the beginning of the train marked in pink.

After getting out of the station we take a rickshaw to Qutub Minar. It is the tallest brick minaret in the world and a leading example of Islamic art, being the oldest Islamic monument in Delhi. The Qutab Minar was built on the ruins of Lal Kot, the red citadel of the ancient city of Dhillika. There are columns originating from the ancient temple on which part of the complex is based. These columns show sculptures of gods whose faces are destroyed.

Located within the Qutb complex, it has a height of 72.5 meters. Its diameter at the base is 14.3 meters while at its highest point is 2.7 meters. The Qutab Minar has been considered a World Heritage Site by Unesco. At present, there is still speculation about the authentic purpose that led to the construction of this monument.

Inspired by the Minaret of Jam in Afghanistan and with the desire to surpass it, Qutbuddin Aibak, the first Muslim ruler of Delhi, initiated the construction of the Qutab Minar in the year 1193 but he could only complete the base. His successor, Iltutmish, added three more floors. The work was completed in 1368 by Firuz Shah Tughlaq.

The evolution of the architectural styles between Aybak and Tughluq are evident in the minaret. The minaret is built with red sandstone, covered with elaborate carvings and verses from the Koran. Before us it looks majestic. The remains seemed interesting to me. Our visit also coincide with an excursion of school children who joined us. I suppose we were more fun than the teacher. Their laughter, their shouts and the joy reflected in their and photos.

We see the iron pillar, one of the most curious metallurgical phenomena in the world. This pillar has a height of 7 meters and an approximate weight of 6 tons. It was built during the Mauryan Empire, and is the only piece of the ancient temple that was erected in the complex that still stands. It is believed that it was used for astrological purposes. It has an inscription in which it is explained that it was built as a tribute to Vishnu and in memory of King Chandragupta II.

It is strange that although about 1,600 years old it does not present any type of corrosion. Now it is surrounded by a fence and can not be touched. Qutub built his mosque around this pillar. It took us about an hour to visit. Another thing about the place that traps us and hypnotizes us is that fantastic reddish brown color that surrounds everything that already puts the icing on the cake the sun falling on the minaret. What also calls my attention is the large number of planes that fly over the place while we are in it.

We take the opportunity to take the last pictures and enjoy the views a little more. We went back to the Qutab Minar Metro Station to go to Humayun's tomb declared World Heritage Site by Unesco. We go down at the Jor Bagh metro station in the yellow line. They are the garden tombs of the second Mughal emperor and some of his nobles. There are circular or orthogonal structures. The environment is a haven of peace.

We go back to take a rickshaw to the stop of the blue line of the subway to go to the Lotus temple or Kalkaji Mandir metro station. It is 3 o'clock in the afternoon and the air conditioning of the metro is appreciated. The Lotus temple is of the Bahai faith and represents a lotus flower in white marble surrounded by a pond of water. The entrance is free but we have to enter barefoot.

Our next destination is the bazaar and the Jama Masjid where we arrived down at the Chadni Chowk metro stop. In this area the environment is indescribable. It's an amalgamation of loose wires everywhere, with dirty and messy chaotic shop stops. There are numerous food stalls.

We ask on the street how to get to the mosque. Finally we took a rickshaw this time without a motor to go to the spice market. I was reluctant to take them for the effort that drivers have to make. To get there we crossed a large part of the bazaar.

The spice market that is a part of Chadni Chowk called Khari Baoli was created by a princess in 1650 and is organized into sections. There are alleyways below the buildings with hollows where people are with the spice sacks of turmeric, cilantro, chili, curry, tea, with lots of bright colors and smell of spices. The cleanliness, obviously, is conspicuous by its absence.

We then went through the sections of clothes, saris, cosmetics, jewelry, hairdressers that are a little more neat, without being anything special because the streets are still unpaved. I took advantage to buy bracelets and tatoos. In shopping we can bargain as much as we want. I like to bargain.

We head to the Chandni Chowk metro station and head to the Rajiv Chowk metro station. Connaught Place is one of the largest financial, commercial and business centers in Delhi. In the past it was the seat of the British and its surroundings are a pride for the city. Its construction began in 1929 and ended in 1933. The inner circle was called Rajiv Chowk and the exterior Indira Chowk. Today, Connaught Place is one of Delhi's most vibrant business districts, and rental or purchase of its offices are among the most expensive in the world.

The area of ​​Connaught Place is recognizable on any map of Delhi, since it is a large circle with radial roads that extend in all directions, like the spokes of a wheel. It is a well-planned area where the first underground market of India is located, the Palika Bazaar municipal market. The outer circle is known as Connaught Circus and has restaurants, shops and hotels. The central circle has offices and small restaurants.

The central park of the Connaught Place has long been a venue for cultural events, and it still is today. We take a walk all around. In addition to all the shops that there are, there are many street vendors. Many of the clothing brands that are concentrated here are imported so their prices are high. As for restaurants and leisure although there are fast food restaurants, there are also many exclusive clubs.

Towards 7 pm we returned to the hotel because we had all day in dance and began to accuse the tiredness. We showered and went down to a chill-out style rooftop restaurant that is near the hotel for dinner. We ate thali with chicken, curry, dal, yogurt. It's not bad and I asked for Afghan chicken with a very soft cream. We ended up playing a guitar and drinking some beers and some masala teas on the roof, with the owners. 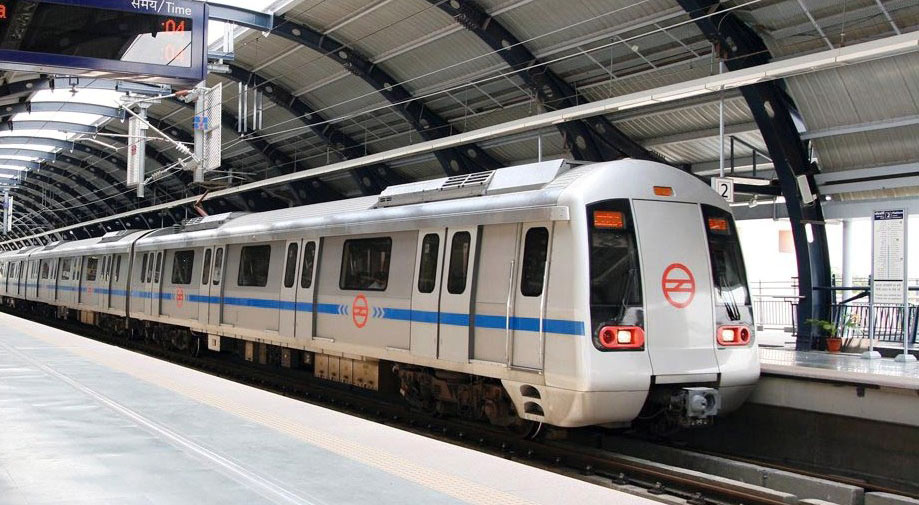