Bombay Duck Is A Fish is a novel written by Kanika Dhillon, belonging to the category of romance novels. Even if at first glance it may seem a simple and frivolous book, you can understand its true meaning after a more detailed reading.

Neki Brar does not panic and soon begins to settle in the new city, between the lavish streets of Mumbai and the glittering Bollywood. Despite this, our protagonist is ready to do anything to achieve her goal, even to the detriment of her family and her friendships.

Neki will have to face reality and decide whether her private life or her profession will be more important. She will find herself, in the meantime, in situations difficult to manage. Will she succeed in make it big in Bollywood as a film-maker?

The main theme of the story concerns the willpower in achieving her goals and objectives that she has set for herself. With hard work, passion and sacrifice, can she get what she wants. In the end we must draw conclusions and understand what it cost her to reach the highest peak of her desires.

The novel is set in modern times, in Mumbai. The main place of setting of the novel is represented by the sparkling Bollywood, full of glamor, trendy shops and chic bars. There are no precise references about the year, nor the month or season in which the story is set.

However, the story spans a very large time span of several months. Kanika Dhillon is equipped with a fluent and captivating pen, managing to build a nice novel with a fast pace. In her novel she has managed to create characters with a solid and three-dimensional character, and is able to try and arouse real emotions.

The plot of the novel is quite simple and straightforward. It does not contain any important flashbacks, nor is it a temporal leap and is completely told in the first person. The novel is endowed with an internal narrator. It is Neki herself who tells firsthand the evolution of the events, exhibited chronologically.

The presence of the internal narrator determines an easier understanding of the story, allowing to capture the inner feelings of the protagonist, told in first person and without veils, by herself. So the reader will seem to be living alongside Neki and will feel like she's a close confidant.

Kanika Dhillon presents a sparkling and ironic story in the magical atmosphere of Bollywood, including parties, evenings, and events in style. The book would fit well to a Bollywood film with its charismatic and brilliant characters, quarrels, funny jokes, misunderstandings, a few tears and the inevitable triumph of faith. Here nothing is missing!

The books has a fresh, linear and clean style for a light and enjoyable story. The work of a film-maker emerges in all its dynamic and contemporary charm. Overall, in any case, the story remains delicious and enjoyable and the message it transmits is positive to try to let go, overcome the fear of failure, believe in the flow of life and learn to welcome the other in its entirety, made of merits and defects, so unique and special.

Bombay Duck Is A Fish is a novel that draws the reader into that earth outside the world that is the factory of dreams, revealing inside the ruthless mechanisms, the strict social rules, the life of wannabe (who wants to be something), the miseries and splendors of Bombay. 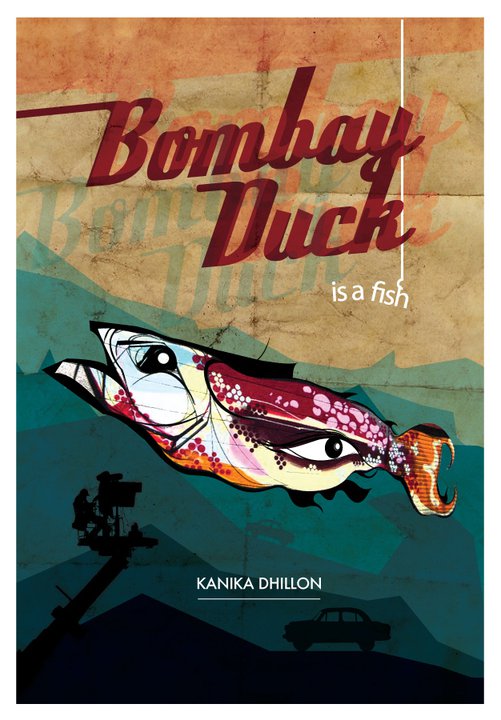