The best part of the car tour of the Moorea island in French Polynesia was to climb one of the viewpoints in the mountains, from where we could enjoy spectacular views. The climb is steep, not suitable for those who are afraid on board a car. The 4×4 is in the track that ascends at a good pace and it has that has marked with cement the traces for the wheels. The rest is mud. A mud that, after the rains that usually fall at noon, has a look of being tremendously slippery.

In each curve of 180 degrees, the car ascends a couple of meters at least. The views are worthwhile, and although the risk is minimal given the expertise and experience of the driver, the "brave" who did not buckle their seatbelt at the beginning of the route looked for them as crazy as we started to ascend.

In addition to these viewpoints, on this tour, we saw some other things. Some as blatantly commercial as the alleged liquor factory. They practically make liquor of any tropical fruit you can find on the island, some with a laudable fortune and others with a dubious result. A caring little blonde serves shot tasting shots and that's where the factory ends up unless you want to buy a bottle.

The visit to the jam factory is more or less the same, but at least there I stick to the guide and follow his explanations about the vanilla plant. Of the same family as the orchids, the plant parasitizes the trunk of other species and uses it to climb. Each plant produces about fifteen flowers, but only artificially pollinates five, so that these five reach the right size.

The vanilla rod is produced inside a pod that joins the flower with the rest of the plant. Between the pollination and the collection have to pass nine months (already it is chance). The growers leave coconut carcasses at the feet of the plant so that with their fibers they retain the rainwater. 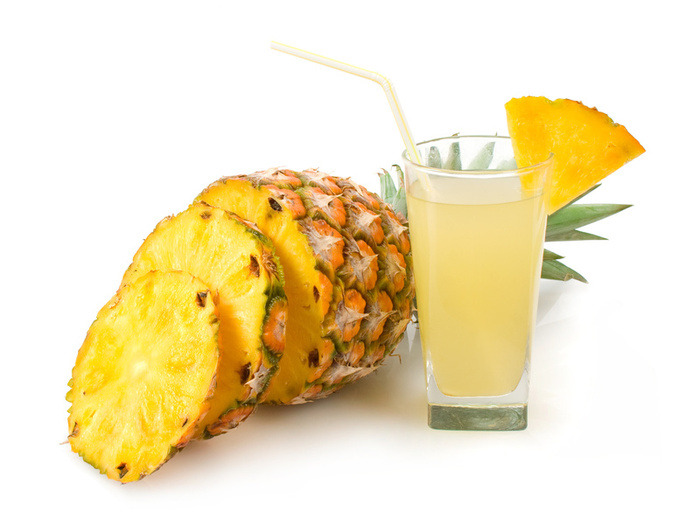 Brief but interesting was the visit to the pineapple plantations in Moorea island. To cultivate it, the leaves of the pineapple fruit are cut and the resulting bud is planted in the fertile volcanic earth. In a year, that outbreak is just over half a meter and begins to give its harvest of pineapples.

There were also papaya plantations beside the pineapple fields. This is a plant that seems to me of a very primitive structure: a vertical stem at the end of which the papayas are crowded and, crowning the whole, a fan of stems with a single leaf in each one. I imagine it in the Jurassic, with the ferns. I read in Wikipedia that it is the first plant with fruit from which the genome has been deciphered. I already told you that very complex is not that it is.

We also see huge avocado trees, some of the grapefruit and the passion fruit plant, which has a very original flower. It looks like a flash of fireworks.

If you are among those who before buying a juice read the label to know what is the percentage of fruit used, then this is the post for you. Because here we will explain how to make a homemade Pineapple Juice Recipe. With a little patience, and choosing, you'll be sure to drink a pure fruit juice, with no added preservatives, dyes or sugars.

Pineapple Juice is very common in all warm countries, from India to Mexico with the scent of sun, rich in mineral salts and is perfect in the summer but also in winter if you fancy a holiday atmosphere.

At the Museo Nazionale Romano in Rome at the Palazzo Massimo alle Terme, on the third floor there is a floor mosaic dating from the Roman era which is placed between the first century BC and the first century AD, there is shown a basket of fruit, among them a figure with strong similarities with pineapple, with the typical color, the characteristic inflorescence spike and flakes.

To intrigue is just the possible presence of a fruit native to tropical America, arrived in Europe only after the voyages of Christopher Columbus. A more plausible is that the author wanted to depict a pine cone with a sprig of pine needles.

The pineapple was a symbol of hospitality: it was use of the natives hang at the entrance of their homes, to welcome. In Europe, the pineapple in syrup canned fruit is the most consumed. Pineapple is a fruit not climacteric once detached from the plant stops its maturation, only the peel color changes but not the pulp and sugar content. If skin is too brown or green is not good!

To the ancient Aztec peoples pineapple was the character that stood for she who is beautiful even when out it's raining. Even today it is customary for the native tribes of the Hawaiian islands give this fruit to young people who have taken an important step as a symbol of success. Some diets today prefer them as burns fat.

Chop the pineapple into pieces, add sugar and then blend them until smooth.

Drizzle some honey on top and decorate your glass with an fresh mint sprig.