Despite having stumbled upon the dreaded disenchantment on one of the beaches of the promised land of the gods, I knew that Kuta was not Bali. Bali was more than a famous beach. Upon awakening from my second dream on the island, I watched from the balcony of my room, how large lead clouds were dangerously close to the Balinese coasts.

While enjoying a delicious breakfast I take this as a perfect excuse to go out and look for my next destination on the island and maybe my longed for paradise. Traveling is a highly personal experience, as is also the personal value that adds to a specific destination based on individual tastes and expectations.

Whether for example, we value more a natural landscape than the historical richness or the exuberant culture above of the exquisite gastronomy. Sometimes it simply changes our perception of the destination by the people that we know there. As that phrase says: the important thing is not the place but the people.

Well, sometimes we leave behind a city with a sweet taste in our mouth not so much for the place itself, but for the experience, we have had there with the people we have met. However, I tell you that Ubud made me fall in love not only with the people I met there. It also caught me because of its colors, the rice plantations, the hidden waterfalls behind a bushy weed, because of his friendly and always smiling and clear people for its incredible culture.

It did not take me long to find a way to leave Kuta behind and get into the capital of the island. A couple of hours later, after making my backpack and checking out at the guest house, I was on my way in a minibus, to the cultural heart of the island to Ubud.

Upon arriving at the bus station, I began the eternal and inevitable process of searching for a hotel. What does it mean to look for accommodation when one travels solo? It involves asking at the bus station or the means of transport you traveled. Where are the hostels and guesthouses for backpackers?

Once we get the way, we must walk, always attentive to any sign of guest house or rooms available hostel. Every time I see one of these posters, I enter and ask for room rates! Under the climatic conditions of Southeast Asia, it can become a bit arduous, unless you've lived in Atlantis with the little mermaid and her henchmen.

I had read in some forums and blogs that the vast majority of cheap guest houses were on Jl Hanoman, the main street. I placed the backpack on my shoulders and began my search. I vaguely know the direction I had to go and walked slowly, looking at the posters. There are many written by hand on pieces of cardboard or wood, guest house. I entered some of them but they were full.

In September, it is usually normal for room prices to go through the roof. Even so, it is clear that every year Indonesia becomes even more expensive. In relation to the average prices of hotels and food last year and even in forums and blogs of 6 or 8 months ago, I have found an abyss of difference.

Apparently, the services and infrastructure has not improved but worsened according to what the guides described. This is one of the big reasons why I do not like to recommend hotels. From one year to the next, and even from one month to another, the rates vary and even owners can change and therefore the quality of service. Some hotels close, others open.

I walked several hundred meters before finding a family home that rented individual rooms located in the inner courtyard of the house. They showed me the only room available and since it was well priced I decided to stay. Just when they were handing me the keys, two English girls who had just arrived too and were leaving their backpacks in the room opposite objected.

They told the owner of the house that they had already reserved that room for their traveling companion, who was on the way. I did not want to keep looking for accommodation, so I tried to convince them to leave the room to me, and that their friend stay can in their room.

In the middle of the negotiation comes the friend in question, a Dutchman, who quickly told me that the room was for him. I realized that it would not do any good to try to stay in that room. So I gave up, and just as I was taking my backpack to continue my search for accommodation, the owner tells me that he has another room available. It is more of a storage room with a bed.

It was definitely not the most beautiful room I had ever seen. Apart from the bed, the room served as guard-of-everything. I had boxes, two closets with clothes, some wood but something inside me made me accept the room. It was not exactly the hard bed that had convinced me, but those three people who I had just met hooked me.

I knew that if I stayed there, I would have the opportunity to get to know them better and maybe go out and explore the city together. I left my backpack in the room and went out into the interior courtyard to chat with the other travelers who had met on a trip to Mount Bromo on the island of Java, Indonesia.

After a while of exchanging some travel tips and stories, we decided to go all together to visit the capital of the island. We found a restaurant with reasonable prices and internet connection. There I tried the Gado Gado, the specialty of the island. It is a succulent vegetarian dish consisting of boiled vegetables served with a peanut sauce. The flavor varies greatly and preparation method from one restaurant to another, as I was able to verify later.

A strong storm kept us over the bill in the restaurant, but it helped us plan our next days together and get to know each other better. When the rain stopped we went out to tour the city. We walk through very quiet streets, full of offerings to the gods and various temples and the very green landscape.

One of the things that I liked the most about the city is that it is full of pure and raw nature that is untamed and completely wild. Wherever I look, the predominant color was green. We let ourselves be carried away and guided by the little paths of land in the middle of rice plantations, enjoying the nature, and the fauna.

We chat with the characters that we met along the way. We meet a father with his son (no more than 8 years) who offered us to take a coconut from one of the hundreds of palm trees and cut it off so we could drink it! The rice plantations of Ubud are incredibly beautiful. The extensive green landscapes geometrically arranged in rows end in coconut trees and thick jungle.

We walked along dirt roads between the rice fields thinking that at some point we could make a U-turn that would spit us directly out of the rice fields. An hour later and several hundred meters walked we did not see the end of the road. We asked a man who was in the area for the best way back to the city.

He offered to show us a shortcut through the middle of the jungle. We had to cross small rivers, walk among the dense vegetation and even cross a bridge in ruins made with bamboo. The experience was hilarious! A couple of cigarettes and a few rupees were enough to thank them for his solidarity.

And that's how our first day in Ubud was very green and coconut flavored. In the next post, I will tell you the other many attractions that Ubud offers. See you next time! 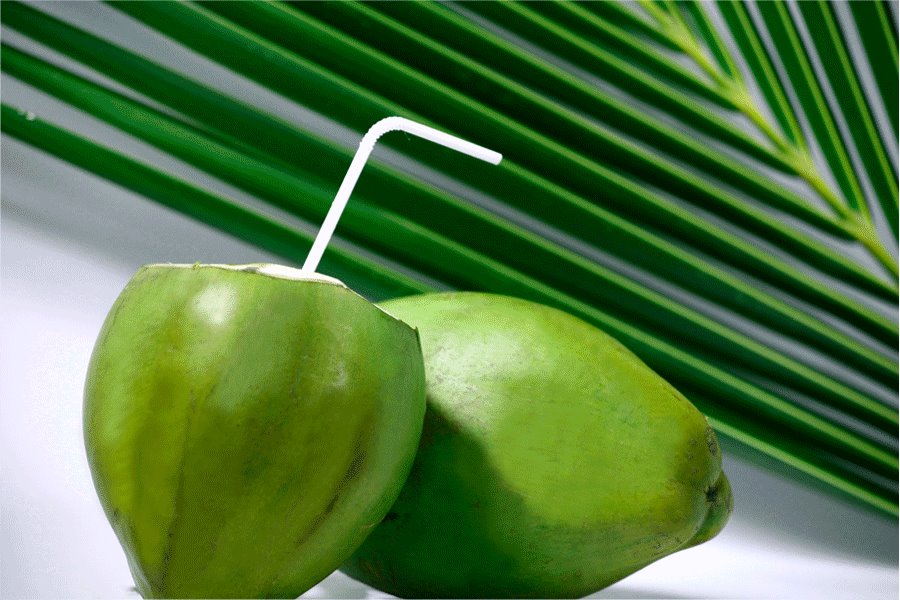