I write these lines in Berlin Ostbahnhof station while waiting to travel on a Russian Railways train. It should take me from the German capital to Minsk, in the heart of Belarus. What worries me? I am convinced that the train manufactured by Talgo for the Russian company RZD, will arrive safely and comfortably to my destination. The 16 hours of an overnight trip that will transport me will be a balm before being thrown into uncertainty.

Every trip is a journey of dreams. The names and things that coincide is sometimes the best guarantee that nothing threatens us in the world that follows its own march without resisting. The difficult part of a trip to undertake on my own is to prepare it and, above all, imagine it. The prelude to the game is filled with uncertainties, real or figurative. Now, the scales weigh more on the monsters lurking than the joys sought.

What do I fear? At this moment it is shorter to list what I trust. It is the borders, visas, Cyrillic calligraphy, language, not to orient myself in the metro, to the limitations of the internet. I fear what does not look like me, I fear the unknown, which at the same time is what drives me to start the journey.

I get restless, although I have already visited Russia, Uzbekistan, Kazakhstan, Kikiristan in this part of the world and I have enjoyed hospitality and confidence.

Going back to travel at night by train is like recovering an odor from childhood. The convoy left Berlin at 8:22 pm and, although the days lengthen, in the first swings of the route the other side of the window has changed to black. Reclining in the armchair the march, which is not dizzy, rocks me in small lateral lashes.

The absence of external perspective and movement, involves an experience. I'm stuck with myself , but I know that there is someone outside that transports me without the possibility of my destiny being distorted. During a long and restful sleep, I feel various types of rattles that I attribute to the different state of the tracks and the changing speed that allow reaching the train. 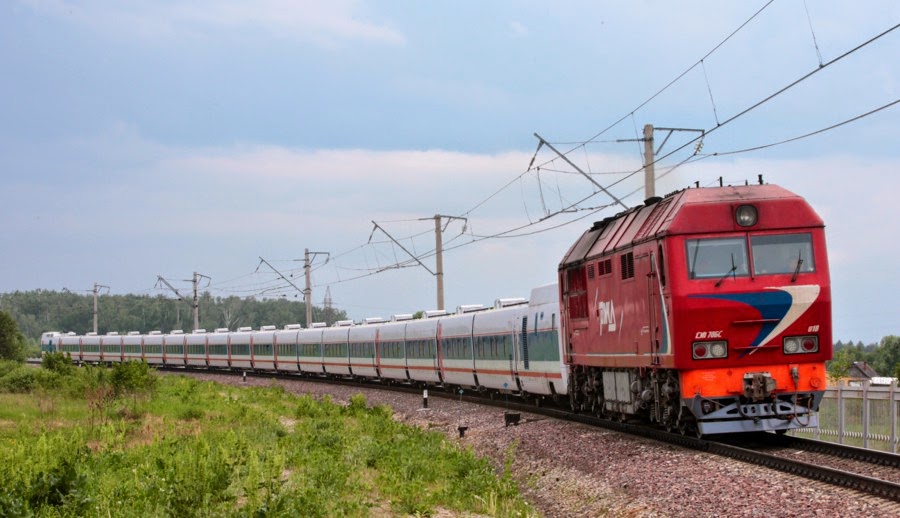 The border crossing of the EC to the Russian Federation, between Poland and Belarus, occurs around 6 in the morning. Without respect for the dream, a young uniformed man demands visa and passport. He compares the person in front of the passport photograph for a long time and resort to a sophisticated portable device in which the profiles of all the bad guys in the world must be trapped. As I do not appear, he rubs the magnetic stripe of my passport insistently demanding a coincidence. Finally he admits my innocence and wade the first test of fire with approval.

Sunrise. Through the window a landscape that warns of spring passes endlessly. The trees point to a juicy green bud, while water dominates the ground and brown tones of grass scorched by frost. The train reaches Minsk.

The streets of the Belarusian capital are immense avenues and benign weather can not dispel a trace of endemic cold. An icy city from a long distance becomes warm when I manage to establish contact with its inhabitants. But how?

Belarusians knows no other language than the native of his country. They have a worse conscience than me to speak a lousy English. They try very hard to make themselves understood and in the end, without great philosophies, the connection is achieved. The meters are the secular temples of the communist era.

The metropolitan railroads of Soviet origin were born as temples of the liberated people in a few years when churches were destroyed on the surface. The suburban Minsk is no exception and its symbolism of a secular temple does not detract from its practical spirit. In an effort so that the foreigner does not get scared, do not get lost, do not miss, they write the names of the subway stops in Latin alphabet, next to the Cyrillic (just like the ones in the streets). So the metro is the most comfortable, and incredibly cheap, way to get around the city.

Among young people the tyranny of the body is discovered, and what bodies! I would swear that in men they embrace a Lenin fashion with little hair, a thin mustache and a sharp revolutionary beard. That ancient leader whose huge statue overshadows one of the main commercial centers of the capital. Of Japanese style, the mall is buried under the huge square called Lenin, and with natural light that receives through giant skylights.

The food, as cheap as the subway, has a German touch. There is pork, knuckle, sausage, herring and an excellent beer. Here there is more taste for food than among the Germanic neighbors, which is not difficult. The evident success of the junk food does not eclipse a careful local cuisine among which would be the salad, which is also called Russian here.

Lenin now chairs a shopping center. Among the fears of the first hour I did not know how to include another of the traveler's black beasts. After the withdrawal to the Minsk airport the taxi driver tries to mislead me. Brief exchange of reproaches in which the opponent interprets my protest, although he does not understand my words, nor I his.

Now, with the comfortable sensation of the test overcome in the expectation of the next takeoff. The initial horrors become nothing. The retrospective of what has been learned and enjoyed makes ridicule the stress consumed unnecessarily. Also the prejudices and supremacism that poison our traveler's luggage.

We are disturbed by the unknown, which is not equal to ourselves. But the search for difference, the unknown, is what drives the trip compulsively. In the globalized world we tend to mimic ourselves; If the different thing disappeared, we would invent it. And so on until the next getaway.